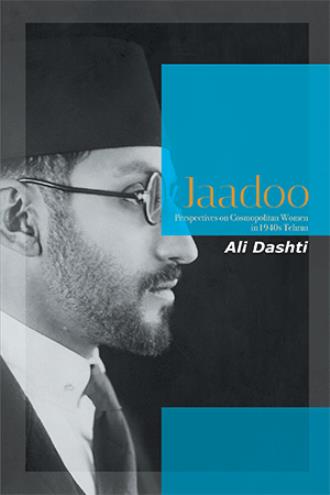 Ali Dashti liked to claim, in a somewhat self-deprecating manner, that he was “really only a politician who just happen[ed] to have filled some pages with myths and fantasies on the side.” He was being too modest since over the years he produced more than twenty unique books and hundreds of articles, op-ed pieces, and essays. Also, as a journalist, he established the newspaper Red Dawn in which he voiced his opinions in a very candid and fearless manner. Ali Dashti’s political views carried enormous weight in Iran during the 1940s. His prestige was such that he enjoyed the trust of both the government and the elite of Iran. As an elected member of Parliament, and later a senator, he became involved in the sensitive political affairs of the Pahlavi era. Dashti’s works are considered unique for their wide-ranging insights, their perceptiveness, their expressions of his passion for social justice, and their classical clarity, qualities that mark Dashti as a pioneer in modern Iranian literature of such a style of writing. Jaadoo

Ali Dashti (1894-1982) was an Iranian author, journalist, essayist, literary critic, and social analyst, as well as a prominent political figure during the regime of Pahlavi. Dashti was a polemicist and a leader of public discourse. His confrontational style of writing and his position in politics made him both an acclaimed politician as well as a sensitive novelist. Dashti was the author and translator of more than twenty-three books. Dashti started his daily, Shafaq-e-Sorkh [Red Dawn], a forthright publication through which readers became acquainted with his nationalistic ideas and quest for lawfulness. His style of writing, courage, and honest criticisms not only provided guidelines for lawful governing but also opened a new chapter in Iranian literature. At the end of World War II, Russia withdrew its army from northern Iran, but it still held claim to the oil of this area. Between the years 1923 and 1945 (eight terms in all), Dashti was a member of the House of Representatives, the Majles, and, along with Dr. Mohammad Mosaddeq, opposed the demands of the Russians. In the spring of 1946, he gave a rousing speech against the Russians as well as the government of Prime Minister Qavam-al-Saltaneh for supporting the treaty. Following this speech, he was arrested and put in jail. In mid-October, Dashti left for Europe and spent twenty months in France, where he mastered the French language and also got to know some of the great French authors of the time personally. After serving as ambassador to Egypt from late 1948 to early 1951, he returned to Tehran, and, for a brief time in 1951, he was a minister in the short-lived cabinet of Prime Minister Hossein Ala. In 1953, the Shah of Iran, Mohammad Reza Pahlavi, appointed Dashti to the senate, where he served with distinction until 1979. During that period, he also served as Iran’s ambassador to Lebanon (1963). Reza Shah introduced policies that altered the lives of Iranian women radically. He built an authoritarian state, promoted secular and modernizing systems, and controlled and repressed the clerical resistance to them. For the first time, women entered into modern sectors of the economy, family laws were modified, the unveiling was enforced, and the government established public coeducational primary schools. The rapid development of women’s schools, in spite of bitter clerical objection, was one of the primary means for women’s awakening in this period. Reflecting on this radical change in the infrastructure of Iran’s social scene, Dashti wrote his collections of short stories and essays—Fetneh, Jadoo, Hindu, and Sayeh—in which he analyzed the attitudes of upper-class women caught between the traditional and modern, Europeanized societies of Tehran. These books are testaments to the courage of Ali Dashti to document the situation in Iranian society so accurately. With his assertive voice, he underlined the short stories with the actual political and social changes in Iran. Dashti’s humanistic ideas, his regard and high expectations for the human race, especially for women, are beyond time and place. The quality debates on the subject of human rights and gender equality presented in his short stories, written about a century ago in Iran, are only recently surfacing in the Western world. Following the 1979 Islamic Revolution in Iran, the new government banned Dashti’s publications and put him under lock and key—he was then in his eighties. He was on his deathbed when he was released from prison and died on January 16, 1982, at the age of eighty-seven.