Walpajirri: the Legend of an Easter Bilby

The Adventures of a Rabbit-Eared Bandicoot in the Australian Desert 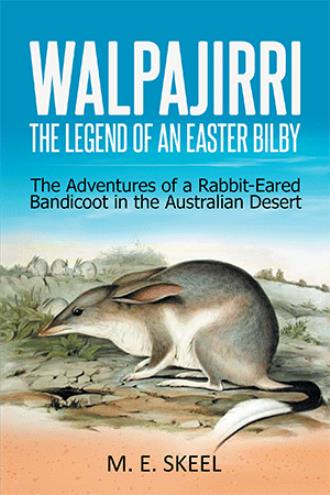 Prologue This is the story of a bilby. What is a bilby? It is a desert animal found only in Australia. Bilbies have fur and feed their babies milk, so they are mammals, like you and me. The bilby is a kind of animal called a bandicoot. What is a bandicoot? First of all, it is a type of animal that carries its young in a pouch. Pouched mammals are called marsupials and include all kinds of kangaroos, possums and koalas, as well as smaller animals like the bandicoots. There are several species of bandicoots in Australia. Bilbies have big ears like rabbits so they are known as the rabbit-eared bandicoots. This story is about one little bilby who had a long and adventurous life. His full name is Walpajirri, which is an Aboriginal name for bilbies. We call him Jirri for short. Chapter 1 Life in a Burrow Bilbies have lived in Australia for millions of years but Jirri was born in modern times, when humans had changed the land. These were hard times for bilbies, but Jirri did not know this. He was safe and protected in the burrow that his mother dug in the sandy soil. They lived in a remote desert where introduced animals like cats and foxes were rare. His mother, Jinda, cared for Jirri. She knew how to keep away from snakes, and how to dig deep burrows to keep her baby safe. She was proud, carrying her tail like a flag when she hopped through the bush. Jinda was a smart, brave bilby, and she raised her son to be a smart, brave bilby too. When Jirri was born, he was pink and hairless and only as big as a bee. But he had strong claws on his two front legs that he used to drag himself into his mother’s pouch. There he found a nipple. He smelled milk and grabbed on. He was very tired after the long journey to the pouch and he fell asleep as the warm milk flowed. He grew alone in his mother’s pouch although she had seven other nipples. Times were hard for his mother. Her country was infested with rabbits that competed with her for food. There were also cats and foxes, which wanted to kill her. Still, in this harsh country, even rabbits, foxes and cats found it hard to survive. But Jirri’s mother clung to life and found enough food so that her son could grow up safe inside her pouch. For 75 days, Jirri lived in his mother’s pouch. During the long hot days, they slept together in her cool burrow. At night she went hunting with Jirri tucked safely in her pouch. She wandered about, smelling, listening and digging for food. Jirri bounced along with her, suckling or listening and smelling the sounds and smells of the outside world. Eventually he poked his head out and gazed in wonder at the desert lands around him. One twilight night, Jirri crawled out of the pouch while his mother still slept. He began to explore his burrow. When he reached the entrance, the light of the setting sun blinded him and his mind was touched with wonder but it frightened him. So, he retreated to the safety of his mother’s pouch again. In the next few weeks, as Jirri grew, he spent less time in the pouch. He was almost half the size of his mother so it was easier for her to leave him behind while she hunted for food. When she returned at the end of a long night foraging, she brought him insects to play with. Then she lay down on her side and let Jirri nurse. They nuzzled each other with affection and Jirri played with his mum’s tail before they slept. At first, when his mother left him alone, Jirri stayed safe in his burrow. Then as his curiosity overcame his caution, he ventured out into the night to explore. First he poked his head out, sniffed and listened. He peered about with his near-sighted eyes but he depended more on hearing and smell to warn him of danger. He did not know what was dangerous yet and what was not, so he reacted to everything. The slightest sound sent him scurrying back down the burrow. An ant frightened him one night and down he went. Then slowly he re-emerged to sniff it. It bit him on the nose and he retreated again. The bite did not hurt for long so Jirri came back out. He picked up the ant with his tongue and swallowed it. It seemed like the right thing to do at the time and his stomach did not mind. The sound of the wind frightened him at first too. But it did not hurt him, only ruffling his fur and he lost his fear. Each night he moved further from the burrow, but always with caution. He explored all around the spikey spinifex bush above his burrow. Then he explored the open spaces between it and the neighboring spinifex. He learned to find and eat little seeds, ants and even small spiders. His mother usually left Jirri when he was sleeping so that he did not follow her. However he was sleeping less now and one night he decided to tag along. She heard him and waited, recognizing that he was old enough to learn how to hunt for himself. Together Jirri and his mother hopped through the cool desert night. The little bilby was excited. He carried his tail high in the air behind him, a banner announcing his emergence into the outside world. 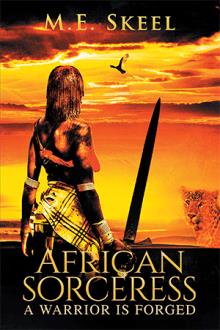 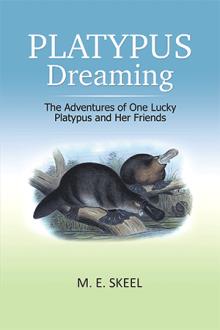 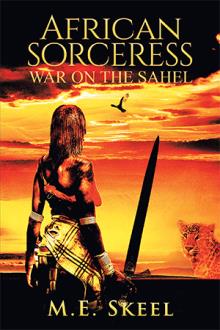 This book is about the adventures of a rabbit-eared bandicoot, also called a bilby. Bilbies are rare marsupials that live in the desert. They and many other rare species are endangered because of introduced animals such as rabbits, cats, and foxes. It is important that people learn about our native wildlife species so that they understand the importance of protecting them. This book was written with this in mind. In the author’s opinion, it is much more interesting to learn about animals by reading about their adventures than to read dry scientific information. This is a real-life story in the style of Watership Down, where the animals act as they would in nature. The Easter Bilby concept is not new, but this is an Easter Bilby story that stays true to the nature of these animals. Jirri does not wear a suit and speak English. There is an Easter connection, but it is woven into the story of an animal fighting to survive in a hostile environment. It is the story of the triumph of life in difficult circumstances and has a message of hope for all who read it. You and your children will learn about bilbies and many other rare and endangered species while enjoying the adventures of Jirri, a true Easter Bilby.