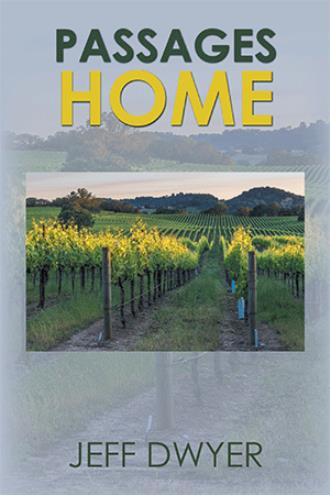 In recent years, thousands of soldiers returned to America from Iraq and Afghanistan with wounds of the spirit that seemed to never heal. Many believed they had lost their lives yet lived on with families and friends who looked upon them as a changed person, strange, cold, distant, and even dangerous. American society in general, angry and feeling betrayed by political leaders, and unwelcoming neighborhoods offered no safe haven or support for veterans who sought reconciliation and healing. In these places, there was little chance that former lives could be restored, that faults would be forgiven. As greater numbers of veterans appeared on the streets, the pain and suffering of those with emotional and spiritual wounds went unattended, becoming a national crisis that many called the post-traumatic stress disorder. One of these young men, Jason, suffered greatly but wondered if there might be a way he could be healed, restoring the life he once had. In Passages Home, Jason leaves his home in Berkeley, and hitch-hikes to the northern California coast to find a quiet place where he can resolve his guilt, reconcile his sense of failure, and make a safe passage through his fears. He makes this desperate passage to rid himself of his alter ego, a vicious warrior named Jazz, and become the good man he was before the war. Jason travels to the coastal town of Mendocino where he encounters a society of people who secretly direct their energies to him in ways that foster his recovery. One of these people is the mother of Jason’s best friend who was killed in combat. Jason finds work at a winery where he learns about survival and healing from nature. In the thriving vineyards and dark, quiet atmosphere of an old stone winery, he discovers the power and beauty of life's transformations and the courage to undergo change. Through his daily labor in the vineyards, spanning the summer and autumn, he discovers astonishing similarities between the trials of his life and those of the century-old grapevines. They, too, had suffered, and almost died, from drought, floods, and fires. Yet these vines lived on, differently, perhaps, but better in many ways. And the grapes they produced, although striped from the vine, crushed, and separated from the nurturing earth, survived the process to be transformed into something beautiful, strengthened by the essence of the struggle. Here, in the vineyards and winery, Jason discovers that he, too, can survive his many passages and emerge healed, with a life that is different from the one he once lived but, in many ways, better and full of promise. As Jason discovers his love for the vineyards, a nearby river, and new friends, he also discovers his love for a local artist, Sarah Marie Baranov. Sarah and her roommate, psychic Rainy January, play vital roles in Jason’s quest for spiritual healing. Through loving Sarah, Jason discovers how to gain without capturing, how to hold without imprisoning, and how to give without losing. Eventually, Jason's life is restored through the teachings of a mysterious spiritual guide. But he learns the true value of his life only by meeting the challenges of a devastating forest fire, a flood that nearly destroys the vineyards, and the visit of a vicious warrior from Iraq. Emerging from each of these challenges with greater strength, Jason learns his final lesson; the peace he sought is the peace he found within by loving his true self. Upon completing his final passage, Jason discovers that he is at home in his heart and that his wounds are finally healed. The tender messages and powerful wisdom of Passages Home will appeal to anyone who has experienced personal transformation by war or any cataclysmic event that creates life-altering emotional and spiritual wounds. The debilitation and spiritual wounds of post-traumatic stress disorder (PTSD) that underlies the story now affects 20 million Americans. Many of these people are not veterans, but they suffer as Jason suffered. His spiritual journey serves as an encouraging example to those who believe there is no way home from the dark world in which they exist. With a mystical union of people, vineyards, wind, rain, sunshine, a river, and the beautiful ocean of California’s north coast, Passages Home speaks to the heart of PTSD sufferers and their loved ones, letting them know that a passage can be made to that cherished safe haven, home.

The tender messages and powerful wisdom of Passages Home appeals to anyone who has experienced personal transformation by war or any other cataclysmic event that created life-altering, emotional, and spiritual wounds. The story’s mystical union of special people, vineyards, elements of weather, and beautiful rivers and ocean of California’s north coast creates an amazing path of healing for Jason, a veteran of the Iraq War. Once the journey is begun, Jason is guided through passages that transform his view of the world and his experiences in the Middle East and restore the peaceful life he once knew. Passages Home speaks to the heart of those who suffer with post-traumatic stress disorder and their loved ones, letting them known that passages can be made to that cherished safe haven—home.

Jeff Dwyer is the author of the ten books that explore ghosts and other paranormal phenomena in major metropolitan regions of the U.S. He has also author three textbooks on paranormal topics including the recent Paranormal CSI. Dwyer is a professional paranormal investigator, having investigated haunted places in cities ranging from Boston to Seattle. He has served as technical advisor for TV and films, appeared on more than one hundred radio and TV shows and several paranormal conferences. Most recently, he has appeared on episodes of Travel Channel’s GHOST ADVENTURES and AFTERSCHOCKS, and Destination America’s popular GHOST BROS. Recently, he was featured in a full-length documentary entitled HAUNTED WINE COUNTRY scheduled for release in October 2017. Born in the heart of the San Francisco Bay area, Jeff spent his early years in the small island community of Alameda where he developed a love for sailing, fishing, and local history and a fascination with the ships and airplanes of the nearby naval air station. In college, Jeff became an All-American swimmer while pursuing his interests in the medical sciences in which he earned a bachelor’s degree, two Master of Science degrees, and a Ph. D. This education landed him jobs at prestigious institutions, including Duke University and the University of Southern California. Currently, Jeff works as a clinical specialist in cardiology in a large medical center. Dwyer is an accomplished public speaker having addressed audiences in excess of 2,000 people on a wide variety of topics ranging from paranormal phenomena to issues in medical research. He currently lives near the fabled Napa Valley with his wife and three children. His hobbies include gardening, flying small aircraft, swimming, mountain biking, and cooking.