Poems from the Heart 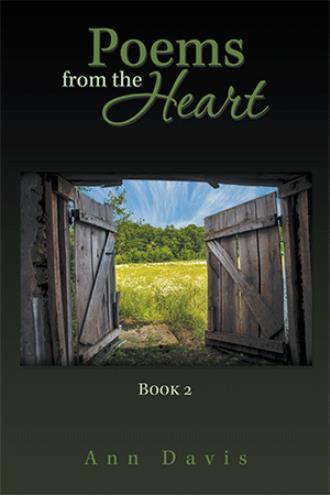 He’s rich in things the world denies
He seeks connection in the eyes
Of those he passes on the street
In silence, he prays for all he meets.

His clothes are tattered,
His face unclean,
His shoulders burdened,
His hurt unseen.

Yet, the smile upon his face
Can only come from a holier place.
Could it be this weary soul
Is but an angel His Word foretold?

Excerpt From
Poems from the Heart
Ann Davis
This material may be protected by copyright. 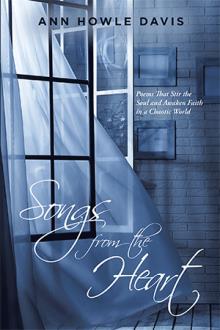 This book of poetry is a continuation of the messages found in Songs from the Heart, the author’s first published work. Words that encourage faith and strengthen the heart for love and service are found in the pages of this book. Sometimes eliciting tears and occasionally coaxing a smile, the messages are fresh and yet timeless. The author continues to write when inspired by words that seem to flow onto the page to create a compelling message for Christians and those seeking a foundational belief system. Poetry is word art in its purest form. Christian poetry is form meeting function: “God’s will is that none should perish” (2 Pet. 3:9). Let these words reach into the recesses of your soul to rekindle hope in a loving Savior.

Ann Howle Davis was born in Hartsville, South Carolina, in 1947. She began writing when she was thirteen years old. C.S. Lewis once said, “I never exactly made a book. It's rather like taking dictation. I was given things to say. “ She, like Lewis, refers to it as transcribing rather than creating. After fifty-eight years of accumulating a collection of poems, mostly spiritual in nature, she has decided to share her gift with others. Throughout her professional career, she worked with those addicted to alcohol and drugs. She was a leader in the field of addictions counseling and was awarded several accolades by her peers. After retirement, she dedicated her life to caring for her husband and working with the women’s ministry in her church. She has taught Bible studies over the years and continues to do so in a life group in her current church in Waxhaw, North Carolina. She has published professional articles and assisted in the development of several curricula for counselor training and program development. Her most notable achievement was donating a kidney to her husband in 2007, when his first transplant failed after forty years. After he lost his battle with kidney disease in 2014, she moved to Lancaster, South Carolina, to be near her daughter, Marnie, and her family; husband, King, daughter, Megann and son, K. They live in Waxhaw, North Carolina. Her son, Gil Elvington, lives in Carolina Shores, N.C. with his wife, Lynn. She currently lives with her beloved Hope, an Australian shepherd as her companion. She stated, “My prayer is that all who read these words will find their connection to God strengthened and renewed.” Her first book, Songs From The Heart was published in December, 2018. This is the second publication in that series.