The Trouble with Doctors:

Fraud and Deceit in Medicine 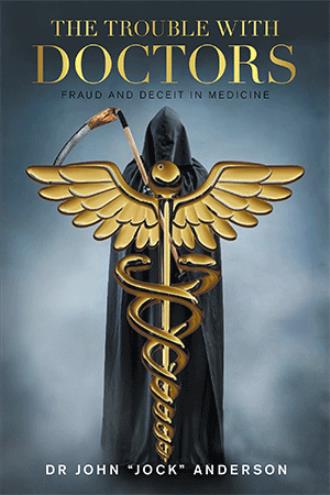 This book arose from the authors knowledge of a small number of doctors who were not behaving in a professional or proper manner. As he read about them, he found he was astonished at the extent of some offenders. Any human being can have flaws in their character, personality disorders or mental illnesses, what if that person is your doctor? This book takes the reader on a journey from the colorful life of Geoffrey Edelsten through Medawar's The Strange Case of the Spotted Mice, a fertility specialist who used his own sperm to impregnate over 50 women without their knowledge to the lasting and devastating effects of the MMR vaccine debacle. The author suggests that a test needs to be devised to detect character flaws such as greed before they harm innocent people through fraud and deceit. As much a reference book as it is a celebration of the brave‘whistleblower’and witty commentary on human nature, capturing the imagination, leading the reader to wonder why people make the decisions they do. Anderson himself had a colorful life and a brilliant career, leaving an immeasurable legacy to medicine. His wish was that this book would prompt change, leading to enhanced integrity in the medical and scientific world.

John Cunningham Anderson, MB BS, FRANZCOG, FRCOG, DDU COGU was born in 1940 in Kilmarnock near Glasgow, Scotland. Emigrating at age 16 bound for Australia with his parents and sister, he was a wonderful immigrant. Known as “Jock” to his family and friends, he embraced the Australian lifestyle and culture and immersed himself in a career in medicine. Pioneering in the fields of ultrasound, amniocentesis and fetoscopic blood sampling, Jock designed and developed the first trans-vaginal ultrasound probe and needle guide in collaboration with engineers at General Electric.

Outraged by hypocrisy and cheating, this book arose from Jock's knowledge of a small number of doctors who were not behaving in a professional or proper manner. As he read about them, he was increasingly astounded by the greed of some offenders. He has put much thought into resolving these issues and it makes for a fascinating read.

Despite his impressive catalogue of achievements and a world of travel, Jock felt most at home fishing for trout, barbequing a steak or sitting around a campfire whilst sipping on a cool climate New Zealand Sav Blanc or a single malt Scotch whisky.

Sadly, in 2020, Jock passed away. He is survived by his wife Janette, his 6 children and 6 grandchildren. His expertise and ingenuity have made a lasting difference to innumerable women.