A War of Love 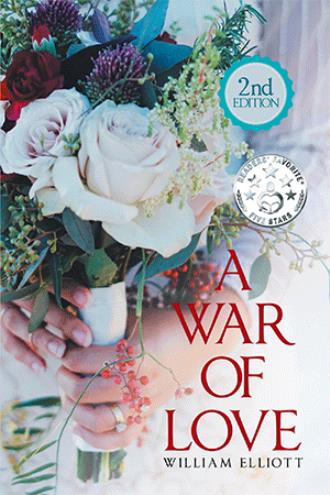 A Poem by William T. Elliott

Wounded Warriors and the fallen,
are for you and me,
a thing of beauty as they fought,
to keep our land still free.

Such a beauty we do honor,
on this Memorial Day,
wishing their sweet families,
our heart felt thanks we say.

In many VA's I have seen
the wounded suffer much,
as doctors sought to heal their wounds,
with gentle loving touch.

But inside these men and women,
of iron and metal made,
I see within a struggle still,
to make the battles fade.

And if I could then wish a wish,
to give to them today,
it would be that the battles hush,
and peace then find it's way,

within their souls and in their minds,
no more the battle hear,
instead to hear the children laugh,
to bring the warrior cheer.

So thank you warrior friend salute,
I do remembering well,
it is for me you fought, some died,
in battlefields from hell.

And I salute you. 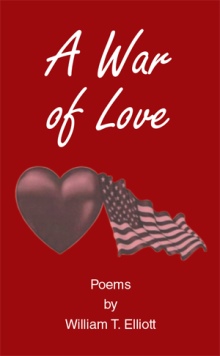 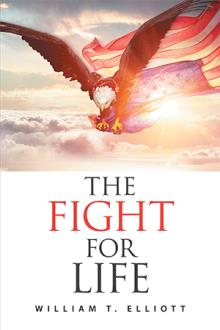 A War Of Love - 2nd Edition, builds on the work of “A War Of Love – Poems by William T. Elliott”. It has 302 pages compared to the first edition's 128 pages. The book is a book of poems expressing the reflections on love and life of a Vietnam Era Veteran after the Vietnam War. The poems are easy to read and fall into three categories, pretty poems, humorous poems and spiritual poems. Below is a review of the first 6 sections of the book by the National Review of Books. I hope this will give you some idea of what the book is like.

"Some say you need a gun to fight
but no you really don’t
Instead you need your God above
with Him there is your might."

In A War of Love, William T. Elliott seeks a therapeutic reprieve from nagging panic attacks, but instead ends up capturing the essence of the human spirit through a series of timeless, evergreen poems revolving around prayer, philosophy, nature, and animals. With no clear structure or rhythm, A War of Love won’t be mistaken for an Edgar Allen Poe or Sylvia Path piece; however, the stream of conscious style that Elliott exudes in his work has a genuine, heartfelt aura that will likely resonate with individuals of all ages.

Although the poems are split into six sections, including the compilation’s namesake, Elliott’s observations on animals remain consistent throughout. Four consecutive poems, “THE BEAGLE,” “A CAT,” “THE CHICKADEE,” and “THE DEER,” grace the opening of the collection and establish a romanticization of everyday animals. What makes these poems sparkle is the elimination of age appeal. In “A CAT,” young or old can reminisce fondly on the memorable temperament of a cat that, “gives me not a nod at all,” unless it is feeding time. In “THE HAWK AND THE BLACKBIRD,” like in the poems above, there is unique energy in the author’s writing style and pace that matches the animals’ love of life that Elliott successfully portrays. Perhaps the most intriguing poem, appearing in “Additional Poems,” is “THE BUTTERFLY.” In a matter of five quatrains, the poet injects the reader with childhood nostalgia. The poem itself is emblematic of coming of age: Children are in their own cocoon, and when they become adults, they too, like a butterfly, fly away.

Elliott adds a distinctly personal touch to his words by including personal photographs, none more riveting than the picturesque landscapes of Angostura Reservoir and Coldbrook Dam in South Dakota. This ode to nature is in full form in “THE MISSOURI” and “THE SNOWFLAKE,” both poems that use mother nature and imagery of all five senses to reinvigorate the human spirit and help readers remember what it really means to be alive, be it hearing “the waves that wash upon the sand,” or “the feel of flakes past chilly ears.” While Elliott appears to be focused more on evoking a particular emotion from the reader rather than spectacular structure, his poem, “THE SNOWFLAKE,” exhibits an abundance of strong structure, repetition, and simile that allows the readers to conjure the image of snowflakes falling like “cotton tuffs” in the day and “dandruff’s spite” in the night.

As the poetry progresses, so does Elliott’s depth of observation. While the poems on animals and nature dwell on what is apparent to the eye, his thought-provoking philosophy poems touch on many of the world’s “elephant in the room” topics that most try to avoid. Poems like “Loneliness,” “Frustration,” and “Hope,” discuss the struggle man faces throughout life’s journey, while “Pipe Dreams” seeks to keep readers grounded and avoid the sometimes inevitable delusions of grandeur that find ways into one’s thoughts. “DEATH OF A THOUGHT,” however, stands on its own and represents the metaphysical element of time, inciting a debate of whether one should wait for the right moment to act or simply seize the moment.

Directly or indirectly, A War of Love seeks to infuse the reader with life and love that is ultimately actualized with prayer. Poems like “PRAYER,” and “PEACE” are indicative of the hope that prayer brings, but “WAR OF THE SPIRIT” is not only representative of prayer, but, from a subjective point of view, is central to the compilation and renders spirit and love as synonymous.

There are numerous other poems that don’t necessarily fit in a category mentioned above, though that is hardly a knock on their ability to captivate. Both “THE DELICATE KISS” and “HOW TO GET ALONG WITH A WOMAN” share the spirit of intimate love with legendary poems like “When You are Old” by literary behemoth, William Butler Yeats.

RECOMMENDED by the US Review

WILLIAM ELLIOTT was born on September 23, 1951, in Fort Bragg, North Carolina. During his childhood, he was interested in baseball. He was also interested in science. He won fi rst prize in a science fair for building a Geiger counter. He had a paper route as his fi rst job. He was in junior high school when desegregation took place. He remembers playing baseball in his neighborhood with both African American and Caucasian children.

In 1966, William and his family moved to Hot Springs, South Dakota. His family consisted of his mom, dad, three sisters, and one brother. He completed his high school education in Hot Springs. During high school, he was athletic and was involved in track and fi eld. He graduated from high school in 1969. After high school, William took two years of college at Northern State College. Then in 1972 he joined the air force. He was primarily stationed at Altus Air Force Base in Altus, Oklahoma, and Lackland Air Force Base in San Antonio, Texas. He was honorably discharged from the air force in 1975.

William completed his BS degree in environmental science in 1977. During college, he met Nancy Rempfer, whom he married in June of 1976. He later completed a master’s in business administration from the University of South Dakota in December of 1984. His work experience includes being a health inspector for the state of South Dakota; a business manager for the Cheyenne River Community College in Eagle Butte South Dakota; a business and computer instructor at Little Hoop Community College in Ft. Totten, North Dakota; taught small business management at National American University in Rapid City, South Dakota; then took a position at Oglala Lakota College teaching computer science and business, on the Pine Ridge Indian Reservation in South Dakota. He retired from teaching in 2008.

William became interested in poetry while experiencing health issues and found it to be therapeutic. After retirement, he took his poetry to the next level. He recently took two fi rst place and one second place awards at the Veterans Creative Arts Festival in the Black Hills Regions. His insight of his surroundings is both humorous and inspiring.