Nine of Them Avoidable 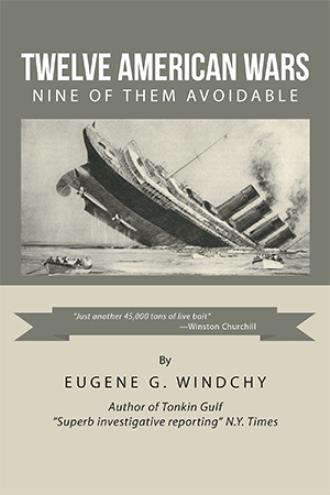 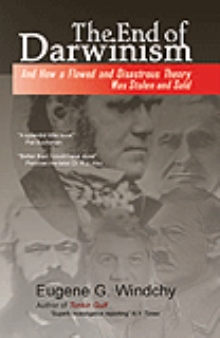 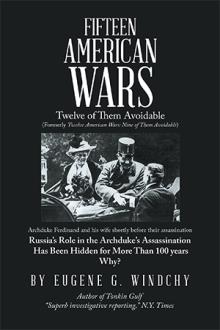 Eugene Windchy lays bare the tricks, errors and secret plans that have led the American people into avoidable wars. In order to prevent wars in the future, we need to know how they have come about in the past.

A harsh light is thrown on our wars with Muslim nations. Did a “policy coup” in Washington demand regime changes in seven countries, as alleged by retired four-star General Wesley Clark?

Our greatest national catastrophe was the Civil War, which began with Southerners firing on Fort Sumter in Charleston, S.C. Why did the Southerners reject an opportunity to take the fort peacefully? We learn who opened fire and why.

America’s entering World War I saved the Allies from defeat. Why in 1936 did Winston Churchill say the Americans ought to have stayed home and minded their own business?

Did Germany start World War I? Triggering the war, according to our textbooks, was a young Bosnian Serb, Gavrilo Princip, who shot Austria’s Archduke Ferdinand. Was he a lone wolf? He was not. At trial sixteen men were convicted of participating in the crime. They were part of an international conspiracy that did not include Germany.

Eugene G. Windchy in 1967 left his position as the U.S. Information Agency's Assistant Science Adviser to investigate the Tonkin Gulf naval incidents of 1964. He then wrote a book, Tonkin Gulf, which was reviewed in the New York Times as "superb investigative reporting" (September 26, 1971). Windchy wrote the New Republic's analysis of the Pentagon Papers (August 7, 1971) and has written other articles for the Nation, Saturday Review, Atlantic, and the U.S. Naval Institute Proceedings. Another New Republic article (January 29, 1972) contested the settled academic opinion, among both historians and political scientists, that the president has constitutional authority to initiate armed conflict in the absence of the nation's being attacked. In that article Windchy drew upon James Madison's notes concerning the Constitutional Convention of 1787. He also debunked a State Department document which purported to show that on 125 occasions presidents had exercised the war power on their own initiative. These were insignificant incidents that often involved pirates, and on one listed occasion the U.S. Navy actually fired on a U.S. Consulate. After the 1983 shootdown of the Korean Airliner 007, Windchy wrote for the Washington Post an op-ed (October 19, 1983) that disputed the explanation that was accepted by the major American media and Seymour Hersh's book based on interviews with high Soviet officials. According to that explanation, the Soviets mistook the Boeing airliner for an Air Force RC-135 reconnaissance plane. Windchy's op-ed gave reasons for why the Soviets must have known the target was a commercial airliner, and years later this opinion was justified when an interview with the attacking pilot appeared in the New York Times. The pilot told of how surprised he was when ordered to shoot down an airliner. When in Japan with the U.S. Information Agency, Windchy wrote a booklet on atomic energy that sold one million copies. Later he assisted Ambassador Edwin O. Reischauer in his relations with left wing magazines and often placed in them articles by the ambassador. In Washington he served as the USIA's Assistant Science Adviser stationed at NASA headquarters. In private life he engaged in the study of evolutionary biology and wrote the book The End of Darwinism. Windchy is a graduate of the University of Illinois and a veteran of U.S. Army service in Korea, where he was stationed with the British Commonwealth Division. A widower, he resides in Centreville, Virginia. A daughter lives with her family in Berkeley, California.