A Gentile Conversation with Jewish Sages 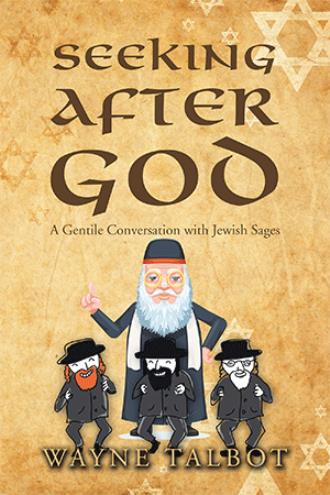 The author has a fascination with God. His belief stems from an earlier study of science and logic concluding that a transcendent, infinite entity is the most probable cause of our existence. The same study convinced him that God is One, and that he should ignore polytheistic religions in his search for understanding. A study of the Quran revealed it to be a mixture of Jewish, Christian, and pagan beliefs, and thus unlikely to be an authentic depiction of God. A deeper study of Christian history, the contradictions and implausible narratives in the New Testament, and the Old Testament variances from the earlier Hebrew Scriptures, convinced him to walk away from the Christianity of his earlier years. All this he has written about in his previously published works. Now he had but one choice: to understand what Judaism has to say about God. For this he sought the opinions of earlier Jewish scholars - Maimonides, Rabbi Ibn Ezra, Hasdai Crescas, and others, and more modern commentators, Hirsch, Kook, and most especially Rabbi Nathan Lopes Cardozo, in the title of whose book, “Jewish Law in Rebellion”, he found a kindred spirit, echoing his own rebellion against religions in general. He considers religions to be too complacent, believing that they already know the God Whom the Jews describe as Ein Sof – the Infinite and Unknowable God. The author contends that cannot truly know God, agreeing with Maimonides that we can only describe God in terms of what He is not. Thus, his search continues, believing that God knows the fallibility of the mankind He created, and likely prefers that we seek without finding, rather than in turn, accept vicariously the perceptions of others who have not sought for themselves. Indoctrination has its dangers, whether in ideology, politics, or religion.