The Eagle and The Lion

A Matter of Honor 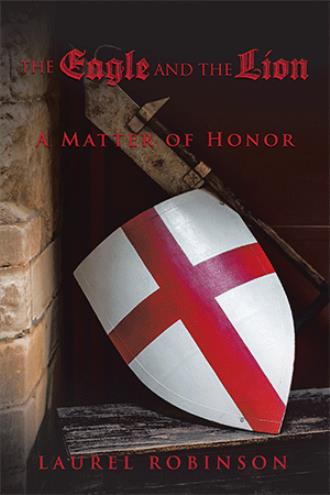 Sir Edmund smiled his crooked little smile as he bowed and took Anne in his arms and began to waltz. He had not gone a quarter of the turn around the room when General Armstrong appeared. He now claimed the right to dance with her. Oozing charm, Sir Edmund stepped aside and returned to Lady Armstrong. “Thank you,” whispered Anne and Charles smiled. After the dance, when he returned Anne to John, he whispered to him, “Take care of her, and don't leave her side. That scoundrel Woodforde may have set his sights on her.” John shot an angry glance toward him, but he and Lady Armstrong were engaged in conversation and did not notice. John did keep her close. They were soon dancing again, first the English Country Dance, followed by a Scotch Reel and a Quadrille. General Armstrong claimed her for another waltz, at which he excelled. Meanwhile Lady Armstrong and Sir Edmund continued their ongoing conversation. “I still say she is an easy mark,” he said. “She could be mine tonight with the smallest effort. Come now, Phoebe, how much will you wager?” “I told you, Edmund. I will not risk a scandal, though I am sure you are right. She is an American and if English girls are easily led astray, how much more so can be American girls? I do not wish to lose any more money to you. Besides, I am short of ready cash and I don't relish having to ask my husband for more just to pay you off on such an easy wager.” Without another word, and still observing John and Anne, Sir Edmund slowly sidled away and joined Lady Fitzpiers and her entourage while Lady Armstrong remained and fanned herself elegantly. She wasn't alone very long as she was quickly joined by Mrs. Embree and Mrs. Pudley. None of them spoke; they simply observed, Lady Armstrong proudly surveying her guests. It didn't matter that her husband detested all her friends, it only mattered that they were well placed in English society. As she fanned herself, she relished being hostess of such a grand affair and congratulated herself on her life's achievement. She had come far since her youth growing up in the slums of London. 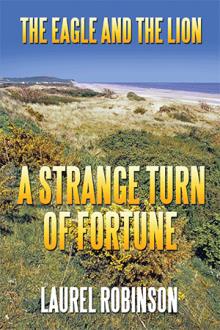 The Eagle and The Lion
Laurel Robinson
$19.99

"The Eagle and the Lion” is a vintage tale of adventure, love, adversity, and life's challenges and rewards. The sequel to "A Strange Turn of Fortune, this novel, "A Matter of Honor" is the second volume in the six-book series. It tells the further adventures of John and Anne Hamilton and their closest friends, Daniel and Hannah Browne. This volume chronicles their journey from England to Virginia where the reader is introduces to a new cast of characters who will play significant roles in future volumes. Forced to return to England, John and Anne are, once again, brought into close association with foes who would see their love torn apart.