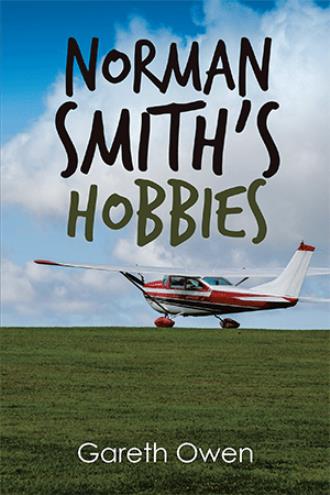 Norman Smith had been going through a slightly unsettled period. Since his retirement over a year previously, he had dabbled with a number of hobbies and pastimes, some less successfully than others. These included writing a definitive tome on tax-accounting (still only on chapter three), scuba diving (failed the beginners course), taxidermy (struggling to grasp the basic fundamentals of the art), motorbike maintenance (the stripped down cylinders of a Triumph Bonneville have laid in pieces on the garage for six months), politics (joined the labour and conservative parties simultaneously), cycling (fair weather only) and, most recently, aviation. Being a man of impulsive enthusiasm, he was prone to become excited about many interesting projects and pastimes, but this flawed trait was in itself the reason for his discontent. He was quick to jump head-first into new interests, but constantly craved the stimulation of embarking on something new. As a result, whilst he rarely gave up on anything, his commitment to any single venture was prone to wane and become diluted as other new ones came up and there was no correlation between the level of aptitude and the level of optimism he felt about any new obsession. Retirement had aggravated this longstanding situation, in that the continuity and discipline of work was no longer present in his life. Some might say he now had too much time to indulge his whims. Others might say he was an inveterate dabbler. To Mrs G, such flitting from one thing to another on her husband’s part was almost incomprehensible, she being one of those people that prefer a more stable, if confined, range of interests such as meeting friends for coffee, body maintenance, holidaying abroad, being a committee member of the Women’s Institute, badminton, and reading magazines. Whilst she was keen to support her husband in his pastimes because they kept him active and motivated, both key attributes in the war against male decrepitude, she found the pace of change in these bewildering. In practical terms, this meant that it was hard for her to keep abreast Norman’s latest fads when discussing the shortcomings of husbands at her monthly book club meetings. This uncertainty carried the risk of implying to the ladies in the club that she was at risk of losing control of her husband, a potentially humiliating admission. Mr Smith was sitting at the kitchen table flicking through a recent newsletter from the Institute of Chartered Accountants, of which he was still a member. His wife was making coffee. “Funny thing, dear. I have been trying to book a second flying lesson all morning, but for some reason there are absolutely no slots in the foreseeable future with any of the Redhill Aerodrome flying clubs. The same seems to be the case at Biggin Hill and Shoreham. The only slot I could find was for a beginners’ gliding lesson at Kenley, but I am not really interested in flying without an engine.” “Well, I suppose there are a lot of people learning to fly,” said Mrs G, sagely, her face strangely terrifying due to the hot water from the kettle having condensed on both the lenses of her glasses. “I assume you are still sitting there, aren’t you Norman?” “Yes, indeed dear, just keep walking and you will bump into me.” “I told you that you should have booked a series of lessons together in the first place, instead of just one taster-session,” continued Mrs G, sitting down as the mist on her lenses cleared as suddenly as it had appeared, experiencing momentarily the wonder of a patient waking up after a cataract operation. “Hindsight is a wonderful thing, dear. I agree with you. It was pure parsimony on my part. There is no excuse.” “Well at least you have allowed yourself to fork out on some shaving equipment at last,” side-tracked Mrs G, referring to the fact that her husband had recently shaved off a rather unkempt beard that he had been sporting since his retirement. “Indeed. I am glad you have noticed. I think it takes years off me, don’t you?” asked her clean- shaven husband, stroking his smooth cheeks with the palm of his hand. “At least you look normal now. That beard was absolutely repulsive, if I may say so, now that it has disappeared. Not to mention being extremely unhygienic.” “There is a lot to be said for not shaving but, whilst I think describing my beard as ‘repulsive’ to be rather insensitive, I do tend to agree that there are two sides to the argument when it comes to beards.” “Not as far as I am concerned,” responded Mrs G, in a tone of impending imperiousness. Her husband pulled at his wedding ring nervously. “Beards are for barbarians, goats and apes. Not civilised human beings.” “Well, I’m glad you approve of my decision to remove it, dear. Now, as I was saying, my plans to learn to fly are in tatters, which is very disappointing seeing how much I enjoyed my first flight, but fear not. I have a plan. To be honest, I do not think flying a small twin-seater is really challenging enough. It seems extremely easy to me. What I would really like to do is learn to fly an airliner.” Mrs G tried very hard to prevent her eyes from rising heavenwards. Despite being well seasoned in the art of absorbing ridiculous suggestion from her husband, it was impossible to ever become completely immune to them

Who is Norman Smith and why on earth are we reading about his latest impulsive hobby? Why is he under investigation? Are the characters he interacts with real people or merely figments of the author’s fevered imagination? Most importantly, how would he manage without his long suffering wife, Mrs G? Norman Smith’s Hobbies explores the carnage that a maverick hobbyist can unwittingly unleash, creating disastrous side-effects on family, friends and foes alike.

During a career in finance, the charity sector, and politics, Gareth Owen has been a keen writer of topical articles, blogs, speeches, poetry and fiction. ‘Norman Smith’s Hobbies’ is his second published novel, the first being ‘Norman Smith’s Sojourn’ (2018). He lives in Reigate, Surrey, UK.