The Saga Lives On 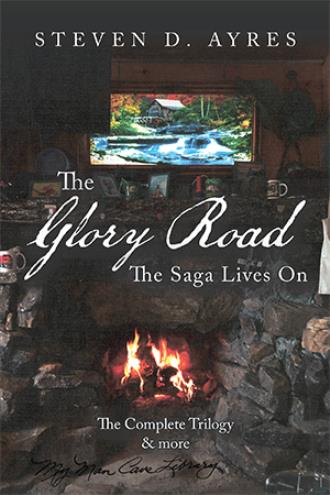 David’s father had served in the Army in World War II and was there and took part in the Normandy Invasion on D-Day on Omaha Beach! I was impressed about that, but you could never get Mr. Johnson to talk about it. Must have been some terrible memories to carry with you all your life. I remember him as a very big man with very large hands, hands that had done a lot of hard work and hands that had fought a war on the other side of the Atlantic. I didn’t push, but I was curious! David would leave Emory after that first year and join the Army Green Beret Special Forces in preparation for Vietnam. It was 1967 at that time, when David was supposed to ship out the next day. That night he suffered a brain aneurysm, was rushed to the hospital, where for ten hours he struggled for his life. While on the operating table, the hospital, including the emergency room, experienced a total power failure and had to go on emergency battery backup!

The GLORY ROAD is a tell all book about the "Trilogy Series - Fallow Are the Fields, We Danced Until Dawn, and Under the Wedding Tree." Starting out in 1846, it soon moves into the story of the American Civil War and its impact on the Jett Family on their family farm near Salt Springs, Georgia, just west of Atlanta. After the war, the turn of the century and the Victorian Age once again disrupt lives with modern inventions and great resorts and financial challenges like never before. Later the Modern Age arrives and brings with its new unknown and untried perplexities of the future. You will have an armchair seats as you too share these great events, as you travel with, then down THE GLORY ROAD. The Author

Steven D. Ayres, known as “Steve” to his many friends, has lived most of his life in the country around Salt Springs, Georgia. Now Lithia Springs, and once known to the Indians as Deer Lick, it has been the home of the author for over half a century now. Born in Atlanta, at the age of five, his family moved to the old farm just three miles west of Lithia Springs where much of this story takes place. The surrounding area is rich in history, especially about the Civil War, including the ante-bellum house in which the author was reared. As a boy he played in the creeks and fields, climbed Kennesaw Mountain, and went horseback riding and camping at Factory Shoals and the ruins of Manchester Mill. For four years he did re-enacting as a Confederate soldier during the American Civil War Centennial celebration, making all his own equipment and uniforms. Later, as an adult, he attended and graduated from Emory University, where he developed a close friendship to Professor Dr. Bell Irvin Wiley, noted historian and author. After studying law for another year, the author entered the family real estate business. Within several years, he had earned his Broker’s license and soon took over the family business. Among other things, at the age of twenty-five, he was elected as President of the Douglas County Chamber of Commerce and a few years later as the President of the West Georgia Board of Realtors and serving as a State Director. Business, family, and history has kept him busy these many years as well as his avocation as an artist, also playing the guitar and sometimes performing at the local Cedar Grove Bluegrass get together on Tuesday evenings. Recently he took up learning the fiddle. He is also a licensed private pilot and previously owned a 1947 V-Tail Bonanza. Although he has written a lot of poetry, this is his first novel. He has three grown children and two son-in-laws and no grandchildren, yet. He and his wife, Beth, still live on the family farm, just three miles west of Lithia Springs, Georgia.