Beyond The Masked Kid 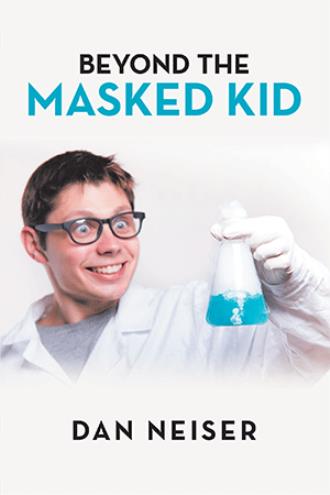 I found myself in line for the initial physical checkup where they pried open our mouths to look at our teeth and peered into our ears. I stood next to an older guy, probably in his early forties, who told me that he "wasn't worried that they would take him because he was a tax paying citizen". I passed the physical, and now I was metaphorically staring into the lion's mouth. And then came the final interview. The doctor thumbed through my paperwork in silence. He looked up from it and pulled his glasses farther down his nose. He regarded me for a moment with pale blue eyes under greying eyebrows. "Well, I see you're a graduate student at CSU, majoring in chemistry. Getting a PHD?” "No, a Master's. I've had a few problems.” That was certainly the understatement of the century. He cleared his throat. “Yes, Graduate School can be a bit of a problem. I majored in chemistry myself before I went into medicine.” I nodded. “I also see you have checked off some physical problems. One of them is asthma. That’s normally disqualifying.” I nodded again. "Do you have a doctor's statement to the fact?” I shook my head. “No, it happened on my dad's camping trips and would always go away after we got home.” He stared at me and cleared his throat. “Describe your attacks.” “It always starts with wheezing,” I said and began to elaborate. “I wheeze...uhhhh huuuhhhh uhhhh huugggg... “Then it starts getting worse and my lungs start to contract... Uhhhhh...huhhhh...UHHHHH....HUHHHH....” He started at me with an expression of growing horror. “And I can’t breath! UHHHHHH...HUUUHHHH...UHHHH...HUHHH...” I put my hands to my throat and started screaming, “UHHHHH....HUUHHHH....UHHHHHHHHHH...HHHHHH!” His face turned white. “And my dad is yelling at me, ‘stop that! It’s all because you go to that church!’” The doctor’s face was transfixed in horror, so I stopped wheezing. He stared at me for a moment and started to turn back to his desk. “Well, that’s interesting,” he said finally, “But without a doctor’s statement I don’t really know you have it.” At that point I realized that any protest would seal my doom. “That’s okay,” I said as nonchalantly as I could. “I just thought I’d tell you the truth.” He grabbed a four by five-inch card off the shelf above his desk, filled it out hurriedly and thrust it into my hands. “Here, take this to the front desk.” He handed me a blue card. I gave the card to a burly sergeant...who had previously ordered the guys sitting on benches to shut up and sit straight when we were being matriculated. He took it as if it were a matter of routine and waved at the door. On my way out, I passed the forty.-something guy who had said they "wouldn't draft him because he was a taxpaying citizen." So much for that. It appeared paying his taxes hadn't done him much good. He was stripped naked and facing the wall, waiting for a tech with a rubber glove to examine his...uh... "So long, taxpayer," I said. 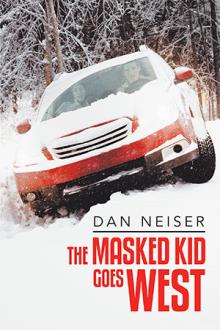 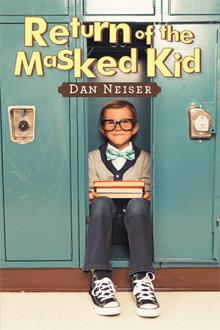 Ride with the Masked Kid in his new white bat-winged Impala as he ventures across the northern prairies through rain, heat and hail to the forests of Olympia on his way to graduate school. Be with him in his chemical adventures and hilarious faux pas as a teaching assistant. The triumphs and disasters continue, as he discovers that once you've put on a mask, it's hard to take it off.