The Promise of the Witch 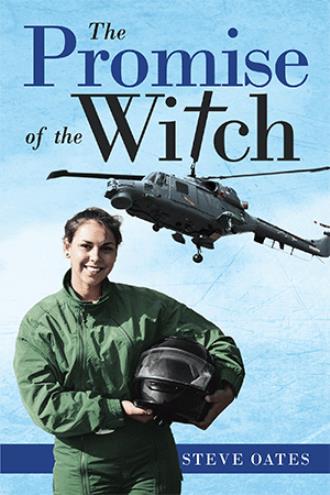 Preview Texts (maximum 1,000 words): (Excerpt from Chapter 61) ‘Talog, stand easy' ordered Captain Mann. She stood easy. He shared an office with two other officers and his corner was neat and precisely laid out. There was a black and white photograph of a warship above his computer, twin funnelled and with twin turrets fore and aft. ‘Do you know what you’re looking at Talog?’ ‘It’s an old photograph, sir.’ There was silence as he processed this response. He looked quizzically at her, trying to elicit something more. So, he still saw her as a silly, young girl and not as a young fighting woman. ‘It’s an old warship, sir, I don’t know which one. The freehold looks low so she could be a yacht!’ ‘Freeboard, Talog, freeboard. She’s a battlecruiser, HMS Hood, the pride of the Royal Navy between the wars, Talog. Have you heard of the wars?’ ‘Yes, sir!’ Her body stiffened. She could anticipate the place where this was headed. ‘So, what does Remembrance Sunday mean to you, Talog?’ Oh, crap she thought, I've been caught out. ‘It's when we think about all the people who have died, or been hurt in service…sir!’ ‘Very good. And what made you think it was appropriate to dance a jig on this solemn occasion?’ ‘I was cold sir.’ ‘Were you, bollocks!’ ‘Sorry, sir.’ Captain Mann was looking her up and down. He then decided to stand up, pick up a large, brown envelope from his desk and turn to the door. ‘Come with me Talog.’ They walked briskly along a wood trimmed corridor which resounded to the co-ordinated clacking of their synchronised steps. They entered a broad room through a set of panelled oak doors. There were photographs of ships all along one wall. Old ships she presumed, as the photographs were sepia tinged and faded, framed in old oak. ‘Which ship is this Talog?’ She was confident of her answer. ‘HMS Hood, sir.’ ‘Do you know her story?’ ‘No, sir.’ Another long pause as she thought carefully. Her forefinger traced the line of her bow and then along her foredeck to the forward gun mountings and then the bridge and mainmast. ‘She looks a little low in the water sir, could be wet on the quarterdeck in a bit of roughers’ she said as confidently as she could. Keep this professional, she thought, show him what you’ve learnt and show him that you’re not such a silly girl. He nodded. ‘Very observant, Talog.’ He pursed his lips. ‘Britain is at war, two big enemy units, trying to get through the Denmark Straits, through to the convoys into the Atlantic, what are you going to do?' ‘I see a screen of ships and planes, looking for them, tracking them, we're concentrating all our big hitters…’ ‘Its foggy, Talog.’ ‘We've got radar, haven't we sir? We’ve got planes?’ ‘It’s 1941 Talog. Just a few ships have radar, that’s all.’ ‘Whatever. Let me find them, bring up all my big hitters…’ ‘You've got sight of them. They're heading on a course that takes them into our convoys. They’re Britain’s lifeline. You've got your two big units only.’ ‘Screen them off. Get my big units close…’ ‘If you lose them, it’ll be like wolves descending on the sheep fold…’ ‘You mean, like bears at a picnic, sir? I see us attacking now, full speed ahead!’ ‘They’re shooting’s better than ours…you’re taking hits on your lead unit.’ ‘I see us getting closer, getting closer quickly, all balls out, must damage them…’ ‘You’re hit, the magazine’s burning…’ ‘I see us getting closer, getting closer…’ ‘Headless bodies flying through the air…your control top’s been wiped out …a column of burning gas goes up that’s as high as the ship is long!’ Katie’s hands now vibrated hard against the wooden panelling. ‘I see it all…we keep going, I see us getting closer, now we ram them!’ ‘She’s gone, blown to pieces!’ She stared down at the wooden floor, pushing hard: ‘No, no, no!’ ‘Your flagship is lost…’ Her breath raged in an out, in and out. ‘We're pulling back, out of their range, but we must stay in contact, give ‘em no rest’ she gasped. ‘Your one remaining heavy unit, churning through the wreckage, so many bodies…’ ‘Captain Mann, you had blood on HMS Hood, didn’t you? Your blood…I’m sorry, so sorry! She’s gone, all in pieces, all hands lost, all lost!’ ‘And that’s the story of the Hood - the mighty, gallant, tragic Hood!’ ‘I think I’ve got it sir, I’ve got it now!’ ‘I think you have Talog, I really do.’ She turned her tear stained face to him. ‘I promise you this. This will not happen to my ship’s crew, I will not allow it!’ ‘I hear you. So Katell Ebrill Talog, you solemnly promise, that you will use every part of you, all of your senses, all of your powers, all of your strengths, to protect your ship and your crew!’ ‘Of course I will!’ ‘And you promise, that if the ultimate sacrifice is needed, if your captain demands it, you will bring the heavens down!’ ‘Yes, yes, yes!’ ‘Fire and brimstone, raining down from the skies, silver-headed dragons rising out of the seas!’ ‘Yep, yep, yep, all that and more!’ ‘Then, Katie Talog, I believe you.’ He held the envelope high above his head. She jumped to snatch it from him. ‘Here are your sailing orders. You will join HMS Harpy in three days, out of Guzz. You will report to…’

The Promise of the Witch is a tragic, yet comic tale, of a grandmother and her granddaughter, fated to honour a centuries old blood oath, that ties their clan to the masts of the Royal Navy. From an ancient line of witch-mothers, these women fulfil their promise to defend the shores of Albion from invaders and defend themselves from old adversaries that would emasculate them - this clan of sea-witches, the Britanni.