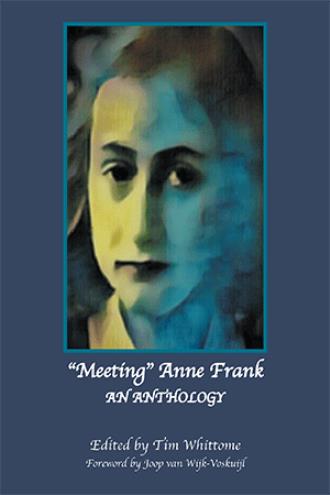 A truly heartfelt and engaging book...The writing is insightful and thoughtful... detailed research really and truly make this a memorable and important read.
—Pacific Book Review

This anthology will be a welcome addition to the body of work about Anne’s short life and her enduring legacy. [It is] worthy of inclusion in libraries and archives.
(Recommended)
—US Review of Books

“Meeting” Anne Frank: An Anthology captures the stories of some twenty of us who have walked with Anne Frank and her sister Margot as kindred spirits over the course of the many decades that have elapsed since both girls died from typhus and Nazi cruelty in Bergen-Belsen in 1945.

None writing here actually “met” or knew Anne personally, but we have “talked” to her and “journeyed” with her kindred spirit. Anne Frank unites us at a time when so much of the world is riven by the familiar and divisive themes of partisan politics, anti-Semitism, and prejudice.

You will, though, be meeting those who did know Anne’s “most adorable father” Otto, and they have kindly shared their vivid stories in this volume. You will be seeing how we cherish not just the loving father-daughter relationship that has come to mean so much for many of us, but also the inspiration of Anne’s patient mother Edith and her “ladylike” older sister Margot. Several of Anne’s surviving school friends also appear in the journeys undertaken by a number of my contributors.

In the years since she died in 1945, Anne Frank has become variously the sister, mother, wife, daughter, girlfriend, or best friend to each of us writing for this anthology and to many in the wider world. We honor the happy and tragic story of Anne’s brief life and recognize the existence of, at least, “two Annes” in both her sense of fun and mischief and in her growing self-awareness while in hiding.

Anne was only a child while she lived freely at Merwedeplein 37 in Amsterdam, The Netherlands, and barely a teenager when she died in a Nazi concentration camp for the simple “crime” of being Jewish.

Anne wanted to “go on living after [her] death” in February or March 1945, and I hope we have honored her lasting wish in this work.