A Story of Love, Loyalty, Betrayal, Greed, and Denial 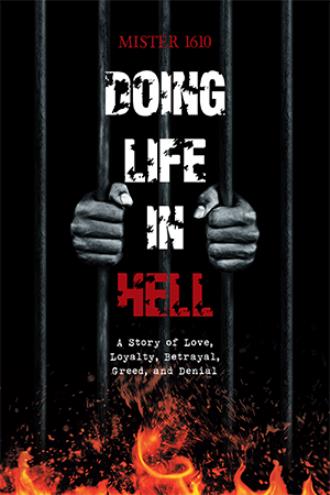 Cdog heard a knock on the door but knew who it was before the knock came because he was looking out the window once he heard the loud music. It was big Cdog, the nigga he was name after and the nigga who was fucking his sister Karen. “What it do lil homie?” asked Big Cdog, when Lil Cdog open the door. “It ain’t shit my nigga” came the reply. “Where my girl at?” Big Cdog asked. “That rat upstairs” Lil Cdog said laughing. “Get off my girl lil nigga” said Big Cdog and bust out laughing also. “Aye trip, that nigga Tank sent that tramp ass bitch Lisa over here talking about he need a package and a few dollars on his books” said Lil Cdog. “Oh yeah, is that nigga still in the same spot?” asked Big Cdog referring to the prison Tank was in. “Yeah he still there” said Lil Cdog. “So did you hook him up?” asked Big Cdog. “After I finish slamming my dick down her throat I gave her a few dollars for the nigga” said Lil Cdog and they both laughed. “Stay away from that bitch she poison” big Cdog said in a serious tone. “She doing the same shit she did to Junebug” “But Tanks dumb ass made her his girl, we both was fucking the bitch back then when Junebug first went to jail” said Lil Cdog. “I’m telling you every nigga that fuck with her end up in jail so just be careful Lil Homie”. “I got you my nigga” stated Lil Cdog. “What’s all the loud laughing for in my house?” asked Karen. “We just shooting the shit” said Big Cdog as he grab her ass then pulled her towards him. “Ya’ll need to get a room for all that shit” said Lil Cdog smiling. “Naw nigga you need to figure out what college you going to then we would have a room” said Karen. “Now you sounding like Momma” Lil Cdog replied. “She right though nigga” Big Cdog added. “Yeah, yeah, yeah” said Lil Cdog now becoming irritated. “Let’s get up outta here before the little nigga kill up the house” Big Cdog said, which made them all laugh. “Don’t have none of those tramps in here while I’m gone” said Karen. “They ain’t no trampier then your ass” Lil Cdog said laughing. “Fuck you nigga” Karen said getting a little mad. “Don’t dish it out if you can’t take it” said Lil Cdog. “Whateva, you heard what I said” Karen stated as her and Big Cdog walk out the front door. “Don’t forget about that business we need to handle later” Big Cdog said over his shoulder. “I won’t my nigga” replied Lil Cdog. “Don’t get my little brother in no trouble” said Karen frowning at Big Cdog. “Shut that shit up” came Big Cdog reply as he dug his fingers in her ass. Now that Cdog was alone he sat down on the couch to think and what his sister said about school went thru his mind. “Yeah I gotta start making some real decisions about my future” he said out loud to himself. “I know once Mom and Pop get back from their vacation I’ll have to hear the same shit from them” Cdog mumbled followed by a sigh. He got up, grab his keys and headed towards the door….. Two hours later on the block Lil Cdog was bent down at the dice game. “Bet I hit for this dove” he said. “Bet you don’t nigga” said Popeye. “Hit dice” said Cdog then rolled them out. “Snake eyes” Popeye yelled as he snatch his money off the ground. The whole dice game look up to see the car pulling up bumping music so loud no one could hear each other, it was Big Cdog. Popeye glanced at Hotdog, his brother, but Hotdog was so drunk he didn’t even look his brother way. Big Cdog walk up to the dice game and smiled when his eyes fell on Hotdog, I finally caught this nigga Big Cdog thought to himself. “What’s up Cdog?” Popeye asked nervously but because of the music Cdog didn’t hear him. Big Cdog tap Lil Cdog on the shoulder and motioned for him to check it out. They walk towards the car and the dice game watch as they jump in with Big Cdog in the driver seat. “Damn that was close” mumbled Popeye. I gotta get this nigga outta here as soon as Cdog pull off thought Popeye. The music seem to get louder as the car begin to pull off. The car suddenly came to a stop with the dice game looking at the passenger side doors. Popeye wouldn’t had known shots was coming from the car had he not been shot in the arm, he yelled out to his brother but the music was just to fucking loud. Inside the car big Cdog had the 17 shot glock in his hand aimed at Hotdog, Lil Cdog had his seat lean back so he would be outta the line of fire, but to those at the dice game the shots appeared to come from the passenger seat. Big Cdog let off 10 to 12 shots so fast no one had time to react. When Cdog emptied the clip he put the car in gear and drove off already knowing he got his man. Now that the music was gone the dice game could hear each other, most was yelling and others was groaning from being shot. Popeye look towards his brother and saw the hole in his head before he saw the brain splattered. “That nigga killed my brother” shouted Popeye. “That bitch as nigga Lil Cdog killed my brother” yelled Popeye once more befor he broke down crying….. 11 months after Hotdog was killed, Lil Cdog was on his way to doing life in hell

This tale will have everybody from the streets reliving their hood days. Although it’s fiction things that happened in this book are what happen in the hoods all across America every day. The book is a reflection of things implanted from my thoughts of growing up in the hood. County Camp, Youth Authority, and a few bids in CDCR.

Raised and ran the streets of Watts all my life. I lived the gang member life to the fullest. In those streets I have seemed it all. I have left two daughters and three grandson’s, to fend for their selves in the same streets I ran. Now I use my knowledge about the streets to entertain others of my thoughts. I have an imagination that will blow many minds. Next sequence coming.