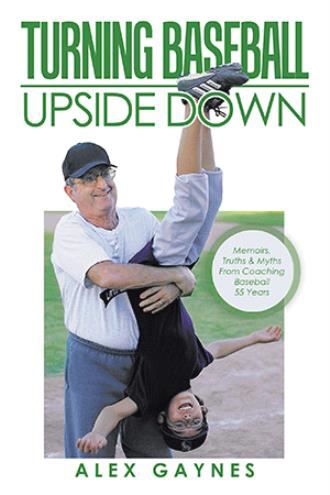 Dear Alex: I heard that you, of all people, will be giving a talk at the American Legion West Regional Tournament Banquet. Whatever possessed those people to invite you when they had JR Howell. I mean, you are some old guy who never gives a sign, stands at the third base coaching box with your score book, looking like a “schlump” (that’s a Jewish word meaning “schlump”), keeping score. You drink no water and always carry around a 52 ounce Circle K mug filled with Diet Coke. That’s just not done, Dude. Your teams come out in dirty uniforms that look like they haven’t been washed in 6 months (and probably have not). Your teams run bases like wild men. You must think that you’ll get a medal for having guys thrown out. Of all the stupid things, I saw you send a runner from second on a fielders choice ground ball to second in a 0-0 State Championship ball game. How the heck he was safe, I’ll never know. You were so lucky to win that state championship. Of all the stupid things you did! You had that little second baseman on your team for years, and every time he got to first he stole second on the first pitch. What kind of stupid baseball is that. It’s only because the kid was fast that he was safe all the time. Your guys never seemed to get to games until just before they started. And the players you picked up. One guy ran a red light which resulted in a fatal accident, another had an affair with one of his teachers, and still another streaked the Catalina Foothills HS graduation ceremony. What were you thinking, where are those dead beats now! (Answer, a well regarded lawyer with four kids, a professor at a major Catholic university, and the third one is a PHD candidate in physics at the University of Arizona) Why in heavens name would you go to tournaments with only nine or ten players (including Regionals) I’ll never know. [Hint to my friend]: Because everyone gets to play. That you would win 10 Arizona State Legion Championships, 2 Connie Mack State championships, 14 Southern Arizona Connie Mack championships, 2 Pony Championships and three Little League championships is a travesty. You couldn’t coach your way out of the Lincoln Tunnel. By the way, can my son play for you next summer? Yes, the letter is true in many respects. Yes, I coach third base and keep score. Yes, we go to monster tournaments with only 9 or 10 players. Yes, we steal second base on the first pitch all the time (stop us if you can!). Yes we take a scoring lead from second every time we are on second. And yes, believe it or not, over the years we have won most of our games. We particularly enjoyed, over the years, beating those club teams with multiple sets of uniforms and over filled rosters. I remember once we were playing in the High Desert Classic Baseball Tournament, a 50-65 team event. We were playing an amazingly talented Colorado team sponsored by a Denver area car dealership. They had 18 players, more than one set of uniforms, and numerous players who had college scholarships, many of whom had been drafted. Of course, we had little chance of winning. Well, win we did. Quite handily. After the game their Coach came up to me and insulted me, our coaching style, our players, our uniforms and anything else he could throw at me. My response was simple. “You may have 9 D-1 players, the best Colorado could offer, many drafted players and really spiffy uniforms, and a huge travel budget, but it is you who should be ashamed. “My catcher did not catch one high school inning. My third baseman was thrown off his high school team, my shortstop never played short before (with good reason, JJ Hardy late of Oriole fame was ahead of him on the depth chart), my first baseman has a broken ankle, and my third baseman had to put the shoulder joint of my catcher into place after a particularly dirty collision at home. Yet, if we played you ten times, we’d beat you nine of them. “It is you who should be ashamed.” That night another Colorado Coach (with whom I never got along until then) called me at our hotel and thanked us for beating those guys. So, what is it that I have to offer? What pearls of wisdom do I have to offer? Read on.

This is a story about life and baseball, or maybe about baseball and life by a confessed baseball coaching lifer whose every attempt to retire has failed. So I decided to write about it. After all, it’s like my wife tells me, just tell stories. So that’s what I have done. The problem is, that every time we talk, we are reminded that there is another story to tell. At lunch today with sons Josh and Carl (who both played for me, though not always willingly) we were reminded of the Legion season that Josh caught a full season of double headers unbeknownst to us with a cracked bone in his ankle. While eating I received a text from son, Rusty (who like Josh, also coached with me) coaches an MSBL team in Phoenix. He is having a terrible season, and has entertained thoughts of retiring. I sent him a draft of this manuscript today, and received this text while eating lunch: “I’ve been ready to quit coaching after this season. After reading chapter 1, I am not ever quitting!” Thanks, Rusty. I hope you like this.

Alex Gaynes has been a baseball coaching icon for 55 years in Tucson, Ariz. and led American Legion teams to 10+ State Championships, 20+ City Championships and numerous league championships. His ball clubs have won countless tournament titles while his players have earned 300+ college scholarships, 100+ players have been chosen in the MLB Draft and more than 11 future Major Leaguers have played on his teams. Numerous players have become college and junior college coaches and 50+ high school and youth league coaches.