Book 2 in the Demistrath Trilogy 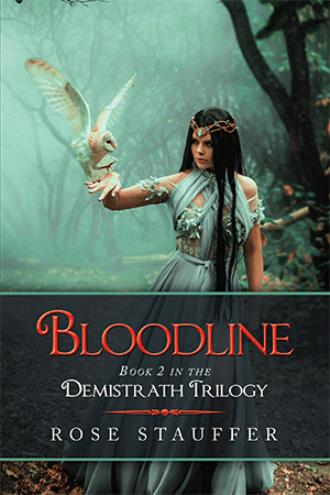 This ceremony went on for over an hour as we made our rounds. Occasionally, I would stop and gaze out over the square to soak in the details of the scene before me. After this event, everything would be disassembled and torn down, the stage and dais removed, and tomorrow the village would return to routine life again. I felt lifted up by the energy of this moment, and my smiles were genuine. But when I let down my guard, my thoughts wandered to Lurien and Lisba. The two of them together would intrude upon my mind, and my imagination had no problem creating extensive and detailed scenarios between the past lovers. These detailed visions I created left me feeling cold and dense with pain. I pushed out the thoughts as best as I could, focusing instead on the faces and people before me. The knot of anxiety in my belly kept a hard hold on me, though. I dreaded when this event would be over, and I would have to return to the quiet of the castle, and the haunting thoughts of losing Lurien to someone else would consume me. Little did the people in the Market Square know of the agony I felt inside, and little did they know how much they rescued me that day. I cherished their happiness and drank in their hope and good cheer. As I was escorted back to the carriage and helped inside, the crowd blossomed in one chanting voice. “Long live Queen Eva!” I fastened their good wishes into the fabric of my pain, knowing it must hold me together. Once we were in the carriage, I saw Egeria watching me. “Eva, my lady. You are not yourself. Was that too much?” Gunter opened his eyes from a short doze and peered at me. “No, the people were wonderful, and the blessing was beautiful.” I paused, and then because I had to believe these two were among my friends, and for the sake of my long-term survival here in Demistrath, I decided to tell them my sorrow. “It’s just that I learned why Commander Lurien has hardly been with me at all these past days.” It did not elude me then when both Egeria and Gunter registered mixed expressions of understanding. Like Dawn, they already knew. And it must have been agreed not to tell me for as long as possible. Egeria leaned in. “Eva, please don’t jump to conclusions. You must have faith in the commander that they are handling this development as expeditiously and respectfully as possible to all parties involved.” Gunter, who was less known for his tact, chimed in, “You have fallen in love with a gender bender, my queen, and they are changelings and unpredictable in matters of the heart.” I was miffed at the comment, and I saw Egeria grimace as well. I hastily replied, “That’s not a fair thing to say, Gunter. I have known Lurien to be steadfast and true and unwavering in matters of the heart. Which is what worries me because I cannot compete with lovers from their past.” “Be that as it may, I hope you are right. I’m just speaking of what I observe. As a man who has seen many years and many seasons come and go, and believe it or not, had my own heart broken more than once, I am telling you of what I know.” His eyes held faraway memories as he leaned back in his seat. Gunter continued, speaking more words in one sitting than I had ever heard. I listened raptly. “I have seen many a person fall in love with Lurien over the past decade—men, women, old, and young. Lurien, to their credit, always opted to stay focused on their job as commander of the Guardians but not before some dalliances sparked up first, which in turn broke many a heart and left a wake of retaliation. In some instances, attempted acts of revenge from several of the spurned lovers-to-be fell upon me to resolve. Part of my job as council head has been to provide damage control and cleanup since many of these tossed lovers included people in high places and not accustomed to rejection.” Oh my goodness, I thought. Lurien is a heartbreaker! I chided myself yet again for being so naive. I was yet another one of those many people who had fallen in love with them. The carriage had arrived at the castle doors and came to a full stop as Gunter finished speaking. I was not ready for the conversation to be over. “Please, both of you, come have tea with your queen.” 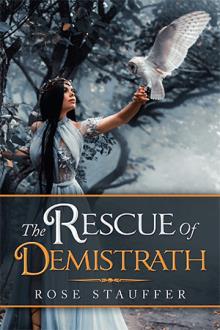 The Rescue Of Demistrath
Rose Stauffer
$16.99 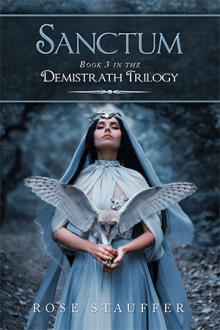 In The Rescue of Demistrath, we follow Eva Mason’s innocent initiation into a magical realm in a parallel dimension, full of a cast of characters struggling to hold on to their history and culture when their queen suddenly dies without naming an heir. Eva joins forces with her new friends, leaving behind her life in the human world of Virginia, and she is drawn deeper into her destiny with Demistrath. In the second book of the story, we continue with Eva into the new role she must take on and how she is helped and hindered by the Elemental Council. Eva finds love, betrayal, danger, and new magical skills as she unravels the truth of her bloodline both past and present.