The Tree With Many Colors 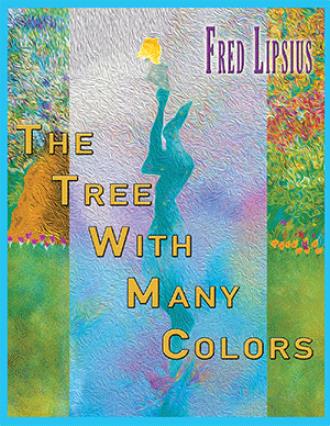 This is Fred’s first children’s book (for ages 9 to 100). It came about because an artist friend, who used to work with young children, told Fred she loved one of his digital art pictures of a colorful tree. She felt this picture and some others he had done could be used to create a wonderful storybook for children. Fred came up with the book title and started writing the story with hardly anything in mind at first… it just began with the ‘tree’ and one other picture, which he used for one of the main characters.

The story quickly flowed out from him and was completed in little more than a week. Fred just kept thinking to himself, “This is crazy.” Being a musician his whole life and having just retired, he wondered why he was writing a book for children. But this is not just for children. There’s a universal message here for everyone. It’s about ‘giving and receiving love’ - the purpose of life!

Nine year-old Hugh has an amazing adventure meeting an ancient friend from the past who teaches him some lessons about love, tells an incredible tale about their ancestors, and shares memories of when they were together in a time long forgotten. It all begins with the ‘tree’…

This book contains both fiction and simple truths. It has something the world can use right now. It can open your heart and bring out the ‘child’ in you, regardless of your age!

Regarding his art for this book, Fred says: “Whatever you can imagine already exists somewhere!”

Here’s some comments about Fred’s book:

“Out of this world pictures.”

“Beyond your bridled imagination.”

“It lets you see things from another part of the world, dimension, or existence.”

“Helps show you how important love is, in so many ways.”

Fred Lipsius was the original saxophonist, arranger, and conductor with the popular jazz/rock group “Blood, Sweat & Tears” (1967-71). He won nine Gold Records with the band plus two Grammy Awards: one for ‘Best Album of the Year’ and another for his arrangement of the hit song “Spinning Wheel.”

Fred produced, composed/arranged music, and performed on over 30 CDs, authored 7 books/CDs on jazz improvisation (published worldwide), toured with Simon and Garfunkle in Japan and Europe (1982), wrote music for TV and radio, and gave over 100 performances playing saxophone and piano at nursing homes, hospitals, and senior citizens homes around Boston.

Fred was born in the Bronx, New York City in 1943. He attended Music and Art High School in Manhattan, and then Berklee School of Music for a short time before going on the road, playing with different musical groups.

He’s been creating digital art since 2004 and has had several showings of his work around Boston.

In January 2020, Fred retired from “Berklee College of Music” in Boston, after teaching for 35 years.

He has numerous YouTube videos of his music, art, and interviews.