A Journey of Faith, Hope and Love 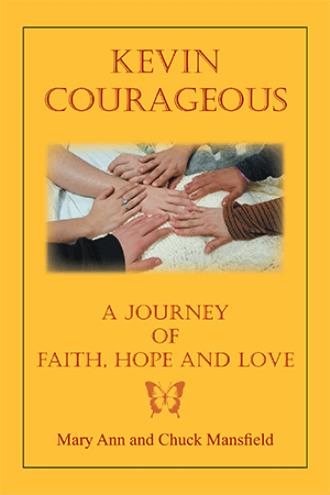 MAMIE'S MEMORIES By Mary Ann Mansfield But now faith, hope, and love remain - these three. The greatest of these is love. – 1 Corinthians 13:13 The phone rang late Friday afternoon. When I heard Dawn's voice, I was surprised and totally unprepared for her message. Kevin lay comatose in the hospital undergoing a series of tests to determine a diagnosis. He had been suffering from the flu for a few days but finding him unconscious and unresponsive after returning home from work was shocking. She asked us to pray. We used to joke that the “Stewart hotline” was more effective than social media in getting news out to the family. (Kevin's paternal great-grandmother was one of five girls née Stewart.) We called everyone we knew, contacted our huge network of friends and family, and enlisted a prayer chain of thousands around the world. Didn't tragedy like this happen to other people? For the next few days, I kept remembering the 18-year-old's life from a grandmother's perspective. Kevin was an adorable, smart baby, vividly pictured in my mind sleeping on my visiting mother's shoulder and twirling his mother's hair every time he nursed. Nineteen months younger than his sister Marissa, he was an infinitely easier-going baby than she! As he grew, Marissa became his good friend, although my take on their adventures together sometimes made that questionable. I particularly remember her instructing Kevin to write with a crayon on the wall with her, and then reported his misdeed instantly to their parents. Unfortunately for both children, Momma was very smart and identified the two different handwritings. Kevin was the “middle child” although not technically. Tim is six years older than Kevin, Marissa only 19 months older and Justin 27 months younger. But the siblings were close, despite the frequent arguments when they visited us in New York. I had forgotten how my own boys fought as youngsters. Early on, Kevin started developing unusual and limited eating habits. I'm so grateful he nursed well and long because sometimes I think he stored up all the nutrients that he has excluded from his diet since then! Obviously bright, Kevin started having difficulties at school but it wasn't until years later that he was diagnosed with ADHD. Most teenagers seem incorrigible at times, and Kevin was no exception. He decided to give up baseball, though he played well and his three siblings were immersed in the sport. Kevin always loved singing, acting, making funnies and Disney World. School only appealed to him when he was engaged in the drama field. His first role in high school was that of LeFou, Gaston's wacky friend in Beauty and the Beast. Kevin was perfect for the part, singing, dancing, jumping around the stage. He was hooked! The next year he snagged a starring role in Shrek, that of the donkey; his performance was terrific and professional, and of course involved all of his loves. We thought he had finally found his niche, but success was followed by bullying and confrontations that had Kevin in tears and led to his parents' decision to home school him the rest of his senior year. And then… Early in 2018, I recorded in my journal what unknowingly were very prescient words: “A mother feels a unique pain when each of the children she bore goes through a crisis. I see the reality, I know my children, I witnessed their growth into adulthood and I accept what their life is now. I pray that God grants them the wisdom to see the reality themselves and make wise decisions, none of which I can influence, and me the acceptance of whatever the future holds.” Kevin's older brother Tim was slated to leave for France in late winter to play professional baseball for the Savigny-sur-Orge Lions. Chuck and I offered to fund a trip for the seven of us (Chas, Dawn, Marissa, Kevin, Justin and we) to see him play and manage some side trips to London and Rome. Planning consumed me; at Kevin's insistence we even included a visit to Disney Paris (my eyes rolling at the thought!). When Kevin fell ill, the ensuing crisis made me realize how precious my faith and family are. I could think of little else but the pain in my son's heart. Patience was never his strong suit, but the frustration at not being able to do anything to make his son well was unbearable. I wanted to fly to Charlotte as soon as possible to give a helping hand, but was advised to wait until Kevin's condition stabilized a bit. Undoing the European plans kept me busy until I finally left for Charlotte on March 13th. Chas picked me up at the airport and we drove straight to the hospital. Kevin was in the process of being transferred from ICU to a step-down unit and my heart stopped when he was wheeled into the room. He couldn't talk or walk, and his six-foot frame showed every ravage of the thirty pounds lost. Tubes protruded from many parts of his body and yet I was assured Kevin was making progress toward a hopefully full recovery. I forced tears away for his sake as I prayed silently that assurances would be fulfilled. The days were as exhausting as I remember when my own children were babies, but I think the psychological demands were worse than the physical ones. Kevin was really trying to respond to the multiple therapies although his fatigue at the slightest exertion was evident. He relished his visitors, mostly family, who kept his spirits up. Being alone was what he feared most. By the time I flew back to Florida a week later, Kevin's speech was somewhat understandable, he was eating some soft food, and walking with assistance. Chas dropped me at the airport and I no sooner walked through the entry when I completely lost any composure I had maintained, sobbing uncontrollably all the way to the gate. 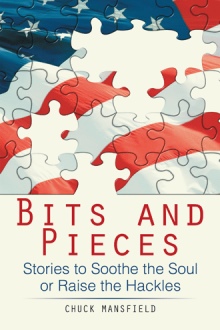 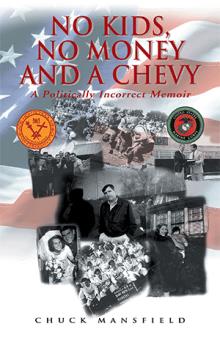 The authors conceived of this work following the tragic illness that befell their second grandson, Kevin Sean Mansfield, in 2018. Doctors and nurses worked feverishly to determine what had afflicted Kevin, then 18, but they and Kevin's parents did not know the cause of his possibly life-threatening condition. Finally, tests confirmed that Kevin had suffered initially from a strain of influenza that morphed into encephalitis, a potentially deadly swelling or inflammation of the brain - only the second such case reported in the United States! Unconscious and unresponsive, Kevin lay comatose for eight days. While the medical personnel attending him were not confident he would survive, it was day-to-day and minute-to-minute with Kevin's mother never leaving his hospital room for six weeks. After three weeks, Kevin, with his dedicated mother by his side, opened his eyes and emerged from the coma. This is the rest of the story.

For thirty-years Mary Ann Mansfield contributed to mathematics education as an innovator, motivator and instructor of both children and colleagues. The recipient of numerous awards, she currently co-chairs the Working Group of the Museum of Mathematics (MOMATH) and serves on its Advisory Council, as well as authoring solutions and problems for math tournaments. Chuck Mansfield graduated from Chaminade High School (Mineola, N.Y.) in 1962 and the College of the Holy Cross in 1966. Upon graduation, he was commissioned an officer in the U.S. Marine Corps Reserve, subsequently assigned to Vietnam and served as a platoon commander. Later, he received an M.B.A. from New York University. Since 1999, he has served as a director/trustee of the mutual funds of Federated Hermes, Inc., a $585-billion Pittsburgh-based complex listed on the New York Stock Exchange. The couple has been married for 53 years and resides in Stuart, Fl., and Westhampton Beach, N.Y.