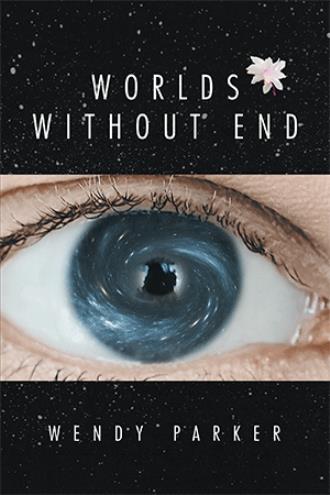 The boat rocked from side to side violently with its deck shedding water as the bilge pump rambled on sending the greedy water back to the fiery ocean it came from. Turbulent and unforgiving, the waves morphed into mountains and tossed the 36-foot cruiser as if it were a child’s toy in the bathtub. The captain knew not his location and even though he was an experienced seaman with all the current up to date technology at his hands, it would not save the ship from crashing into the island’s shore rocks which appeared out of no-where. “Please Lord, the great Elohim, I beg you for my life on this demon stormed night. You have told me, Oru, before my life is meant for something, and I am about to be swallowed up by this pig of a night.” An unknown fragrance filled the air. “Oru, I have told you the truth.” A booming voice lights the sky with what seems to come out of the storm as words. “Be brave my friend, and I will not let you down. Do as I say now as you are not meant to join us yet. Dive into the deep and I will take you the safest way to shore. Your boat will have some damage, which you will be able to repair, and you will be safe on God’s Paradise on Earth. Now DIVE, when the lightning hits the skies.” With that, Oru at the immediate next lightning, throws himself into the deep and he can see where he is going, safely between the rocks. One of the islands hidden by Gods, near Kane-huna-moku (The Hidden land of Kanelies) was a small insignificant island named ‘The island of the most unwanted.’ It was surrounded by a hidden wall of magnetism and the only boat of any size to find it, was a 36-foot cruiser, which fell upon the sharp rocks one night in a storm. The captain and survivor of that boat, Oru, was told by the parishioners as a condition of allowing him to return to civilization, he was to return once a year to trade with goods and perishables not seen on the island. Then the islanders would help him fix his boat. He was not to tell of the islands location nor where he got his wares from. Oru always was truthful and promised such to the islanders. He named the cruiser, Endless, after that experience. And from that time forward, it was as if Endless approved by its sounds of creaking or disapproved by its silence. It was on this island, years later where this story begins. The story can only be told by the storyteller, as she is the only one who knows the total truth and is capable of rendering it. “No, you cannot return there Leilani. Didn’t mother tell you it is forbidden to set foot in that region?” But the beauty surpasses all and I, Leilani am allured by the myriad of smells, so I ignore my younger brother Ekewaka’s (the protector or guardian of wealth) warning. My name given to me by my father was Leilani Aulani meaning heavenly flowers or royal child and the place that speaks for the great ones. I must go forward. “My friend, my friend. Tell mother I am making baskets in the meadow. I will return in a couple hours.” It’s all I said and continued my way to my future oblivion, or greatness, as the case may be…. …I look to the left and see the beautiful blossoms of a bush I have never seen before. The iridescent bloom’s smell fluctuates, dulling my senses and my bare feet float off the ground, but I am unconcerned. I can feel myself being propelled forward, and my desire is only to reach my pre-planned destination. After maybe what seemed like ten minutes of moving at a fast pace, I see ahead the entrance to a tunnel and am sped closer to it and then I land and feel the soft grass underneath my bare feet. Darkness fills the tunnel and inhibits my ability to see when I enter the tunnel. There is a bush of iridescent blooms next to the tunnel and the smell fluctuates again and I understand what it is trying to tell me. “Pick up the stone to the left, it will light your way.” I do as the plant instructs me and enter the cave like tunnel seeing everything inside. The plant’s smell diminishes to nothing the deeper in the cave I wander and it within minutes the smell leaves my thoughts entirely. I come to cross-roads where there is a Y. I turn to the right, and the light from the stone dims. Scared to go in the darkness I go back to where the roads cross. I choose the left y-path and the light from the stone becomes brighter. The cave has a number of selections on the direction to go and I am told by how the rock keeps it’s light which way to follow. I travel what seems to be hours, up and down stone staircases, and cross through underground water falls and follow stream beds full of pointed hanging rocks. At one point, the fear grips me, and in the horror, I decide to turn back. The light from the stone I hold dims and I know I have no choice but to go forward. For the moment, my free agency is removed. I realize my return is dictated by someone or something other than myself and I am left to its mercy.

Worlds Without End is a book about matter manipulation, time travel, and travel between planets. Plants use their aroma to speak to humans. Matter is manipulated to form earth-like planets. It is a book that goes through generations and shows how the matter manipulators come to be. It shows how the worlds are created using the principal of free agency and honoring the creators.

Wendy Parker is an Environmental Engineer who works for the DoD as an air program manager for the Navy. Through her life she has worked as a police officer, animal control officer, and a water, wastewater asset manager. She has worked all over the United States including Washington State, Idaho, Arizona and Utah, as well as throughout Alaska with the varied positions. She was privileged to work Japan for the Air Force a number of years. Her hobbies include raising horses, including a wild horse when she was younger, and later becoming a genealogist and fishing in Alaska. She has an ability to explain scientific terminology in an understandable manner to all levels of readers.