The Life and Times of Six Australian Pioneers 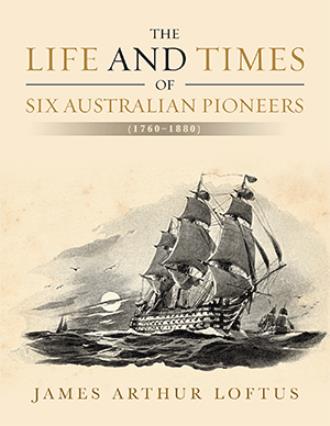 Elizabeth’s house was by no means unique. Justice John Bigge, while undertaking the 1819–1820 commission of Inquiry into the State of the Colony of New South Wales, advised Governor Macquarie that more than twenty brothels operated in the little town of Sydney, primarily out of private houses. The newspaper editorial highlights the difficult issue segments of this maturing colonial society had been wrestling with for more than nineteen years. There existed a conflict of mores dating back to at least the analysis and conclusions derived by Reverend Marsden from the pages of the 1806 muster. The Select Committee on Transportation also highlighted the conflict again in its 1812 report. The harsh, unpleasant reality was that society, through its leaders and administrators, decided to establish and populate the colony primarily with petty thieves— unsavoury people—who were primarily treated as amoral slaves. For the colony to survive, grow, and prosper, females were required to augment the mostly male population. Women were needed to relieve the sexual tensions of men and to provide an inducement for men to remain and settle down in the colony after their sentences had expired. What better solution for the home government then to send down women, willing or not—especially women whom proper English society considered undesirable. Female convicts had few options; they were disrespected from the start. In the first dispatch sent to the Home Secretary, Lord Sydney, four months after his arrival, Governor Phillip reported: “The very small proportion of females makes the sending out of an additional number absolutely necessary.” Companions were required for free men and for those who would soon be entitled to their freedom. Phillip and others clearly understood that it was essential to retain emancipated male convicts to till the fields, to produce the colony’s food, to build a prosperous economy, and to father the colony. Governor Phillip was not the first to recognize that women were essential in encouraging men to remain and settle down; that women were the key to establishing colonial security. In the 1660s, the French Crown sent over eight hundred marriageable young women to Quebec City and the settlements scattered along the St Lawrence River in New France. King Louis XIV had promised each woman a dowry upon her marriage to a soldier or settler; they were the Filles du Roi, the “Kings Daughters.” Lord Sydney had estimated that two hundred women were required as “companions” for men of rank—let alone the common folk. As George Thompson observed in 1793 “every officer, settler and soldier is entitled to and few are without” a female companion. To meet the needs of those who did not desire a full-time relationship, Governor Phillip considered: “It may be best if the most abandoned are permitted to receive the visits of the convicts in the limits allotted them at certain hours, and under certain restrictions.” Various commissions touched on the issues. Opinions varied regarding how many female convicts ought to be banished to the colony. Some residents claimed there were too many female convicts already; a reduction was needed to reduce prostitution. Others asserted that additional women were needed to alleviate the problem. Commissioner John Bigge, in his 1822 report to the House of Commons, supported the latter opinion: As long as the great disproportion continues to exist between the male and female population in New South Wales, the temptations to illicit intercourse in both, and all the crimes that are committed for the purpose of supporting it, must be expected to prevail. Commissioner Bigge further observed: Any reduction in the number of female convicts to be transported thither in future and … that any additional facilities given by government to the return of those whose terms of service have expired … would occasion an additional expense to government, and operate as an encouragement to profitable prostitution. Commissioner Bigge promoted the interests of the state ahead of justice for female convicts who had paid their debts to society. Whereas the 1812 commission conscientiously lamented the fact that a seven-year transport sentence given to women was in fact banishment for life, Bigge presented an argument to discourage the government from rectifying the injustice. Nonetheless, Bigge did highlight a longstanding problem—one that the government had yet to satisfactorily address in the thirty-two-year history of the colony: The insufficient accommodation that it [the government] afforded to those females who might be well disposed, presented an early incitement, if not an excuse, for their resorting to indiscriminate prostitution; and on the evening of their arrival at Paramatta, those who were not deploring their state of abandonment and distress were traversing the streets, in search of the guilty means of future support. The record is clear. From the earliest days, the male colonists—free settlers, soldiers, convicts, and even those in authority—all treated convict women as prostitutes, no matter what their personal inclinations. Furthermore, after considering the limited shelter and employment opportunities available, many found they had little choice. While the risk to one’s self-esteem may be seen as a deterrent for many women considering engaging in prostitution today, the likelihood of exposure, starvation, and brutality was no doubt much more demeaning and frightening in convict Australia. Indeed, the relative economic independence derived from commercial sex was, perhaps in some respects, appealing. The chest-thumping by an indignant establishment was perhaps a bit too hypocritical. Consider the underlying reason for Governor Bligh’s arrest during the Rum Rebellion. Amongst other reforms aimed at helping the poor workers, he tried to put an end to the illegal practice of payment of goods and services with alcohol. Bligh’s actions had placed a big damper on the tremendous profits amassed by the establishment. Once a segment or class of society has been carefully conditioned and moulded, it does not quickly change its modus operandi.

This true life adventure story is the saga of four ordinary Englishmen—a pair of banished, first-time petty thieves and a couple chosen to be settlers—who charted a course that led them to help build and mould an infant country on the remotest continent in the known world. Two of their offspring united to continue the adventure. Vivid first-hand accounts have been pried from the daily, hand-written journals and writings of first-class passengers, crew, and one of the convicts aboard the small wooden sailing ships, as they battled winter storms on the treacherous North Atlantic and Southern Oceans and endured scorching doldrums in the equatorial region. Mutinies, inventions, discoveries, and wars have been chronicled to provide a backdrop of the prevailing international, societal, and interpersonal relationships of the period. Characters from history’s stage weave their way through these pages—figures including James Cook, Horatio Nelson, Robert Emmet, Jonathan Swift, William Bligh, Lachlan Macquarie, Samuel Marsden, Walter Lawry, Alfred Howitt, and some long-forgotten souls like the tragic Margaret Sullivan. Artwork of the period is included to help stimulate the imagination and help place the reader beside the characters as they toiled to eke out an existence. The primary objective of this biography is a quest to achieve a broader, deeper understanding and appreciation of the typical person—including their struggles, challenges, and contributions—in early colonial New South Wales, Victoria, and New Zealand. The goal is to further the development of a robust comprehension of the Life and Times that these Six Australian Pioneers experienced, as well, the millions of other pioneers just like them. This book will also appeal to those with an interest in eighteenth and nineteenth-century Australian, European, and New Zealand history; late eighteenth-century ocean voyages; and those with an interest in artwork of the period.