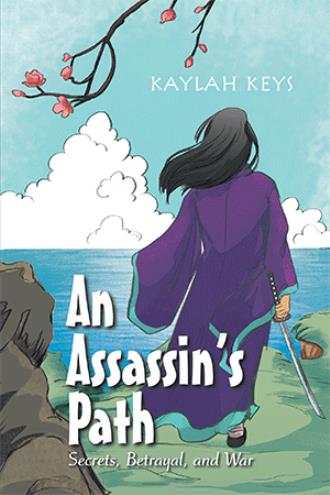 Thunder boomed across the field, the rain was cold and felt like ice piercing her skin. Akatila looked across the field towards the enemy, she knew today was the day they had all been waiting for, today would decide what happens. Chezuv stepped forward beside her, he placed his hand on her shoulder and nodded to her. She shifted and took her stance, out of the shadows came the others, Yukia stood beside her while her sister Angelia was on the other side. Everyone knew what they were ready to sacrifice, Chezuv howled as they knew that was the order, they all ran across the field. Akatila counted everyone just to make sure everyone was there, however when she counted there was someone missing, but she could not figure out who. “Move!” Chezuv nudged her. “Chezuv someone is missing!” She growled. “We will figure out who soon, for now we need to focus on winning this battle.” He reminded her. She nodded as she picked up her pace catching up to the others, she saw the look her sister gave her and Akatila could only shake her head yes in hopes it would ease her sister. She saw the enemy was still coming over the hill and down into the field, she got an idea, she whimpered to her sister and Harnuq they ran to her as she led them away from the fighting. They ran through the small thicket and waited, they remained low on the ground and out of sight, she saw Chezuv was close to the enemy and she nodded, they surprised the enemy from the side crashing into them. Harnuq crashed into three soldiers while Angelia took out two, Akatila had a solider in her sights, but she saw something off the corner of her that made her stop. “Get out of the way!” Malinter screeched. He knocked Akatila to the side taking the hit from the solider she was after, she shook her head, feeling the anger rise in her she lunged at the solider knocking him away from Malinter and she bit down on his neck making him wail. She felt someone tug on her tail when she turned around it was Yukia, she sighed with relief. She chased the solider off before turning back to Yukia, who was gone again, she dug her claws into the ground and knew something was not right. She then saw General Miko and his son Miko Jr, she growled and went to attack, but Chezuv stopped her and shook his head to her. “We won this field, do not go after them. You know that you will not win, they will kill you on the spot. Give it time, fight by fight.” He whispered to her. “Where is Yukia.” She asked coldly.

War broke out years ago, fighting for land and the rights to be ruler of the new land. Akatila Ray and her friends are the only thing that stands between good and bad, they are what holds the key to the war. Akatila is a shapeshifter assassin who was taken captive for a few months and learns more than she wanted to know, she must fight her way out and rejoin with her friends and family. She learns that there sometimes are secrets that do not need to be shared and others that do, however with secrets comes betrayal. Betrayal leads down to war, does she have the courage to stand up or will she fall to the secrets, betrayal, and war?