Breaking Through Your Own Glass Ceiling 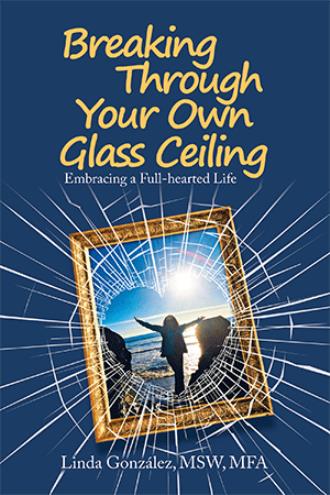 Chapter 10 Be 100 Percent For “125-percent” people, giving enough isn’t the problem. Do you know someone like this? Are you this person? These “125” percenters give beyond what is needed and beyond what is healthy for their body, mind, and spirit. One of their characteristics is an overemphasis on external praise rather than internal confidence. Another key characteristic is a fear, even more pronounced in people of color, of being an imposter—that is, someone who is not what they say they are. My clients often struggle to believe they have the right to be in positions of power or succeed because they have so few role models. They then try to be perfect. Society throws around the word overwork in a “one size fits all” manner, not noting that the reasons people engage in that behavior can be profoundly different for those who must prove themselves constantly because of biases. When your competence is not given credence or you don’t get the necessary resources to succeed, the tendency is to believe you are not are allowed to fail (and will not be given a second chance if you do). This feeds the push to do more than 100 percent, and the long-term cost of internalized doubt and perfectionism can show up both physically and emotionally. Even with years of awareness, I still catch a thought in my head that grinds my joy to dust: If I had just said it perfectly, I wouldn't feel uncomfortable. These moments happen when I am saying something that challenges a person or group’s perspective, especially around race or another power dynamic. I deserve to have my truth matters and be listened to carefully. When someone instead disagrees with no room for a different opinion, I get stuck in thinking I could have been stronger or kinder or louder or quieter. It is a defense mechanism to protect myself from rage, grief, and/or fear and I am never surprised when this pattern emerges with my clients. I listen for the extra 25 percent thoughts from my clients to help them recognize their internalized perfectionism, which is different than having high standards. Identifying the behaviors of white supremacy allow you to, with a relaxed approach, reject them with a more grounded thought: Because I took a risk and spoke my truth as skillfully as I could, I am on the edge of growth, which always feels scary/uncomfortable. Why? Because you are committed to releasing patterns and thoughts that no longer, if ever, served you. Another thing that propels 125 percent behavior is the notion that if you do more, you can save people. This is particularly embedded in people of color and immigrants who have a level of social class and formal education denied to their parents and communities. These people take on financial and emotional obligations that place pressure on them to work more. One client said: “I have always been the ‘shield’, taking the biggest blows for others.” I told her and have told many others that they do not have the power to destroy or heal people, especially when you have entered situations well into the cycle of historical injustice. Another client said about a family member who kept asking for her help: “I don’t want to wreck her by not responding.” I kindly reminded her she could not fix or be the tipping point for damage done over twenty years. When people of color and women have socially and economically prescribed roles as caretakers and their paid work is centered in social justice, being overwhelmed can be inevitable. This feeds the sense of not being good enough when the issue is you are simply exhausted from so many years of doing more than your body, mind, and spirit should bear. To eliminate that 25 percent of added baggage, you have to expand the image of yourself beyond being predominantly a helper and advocate. To do so requires a firm commitment to recognizing and admitting when and how have you unnecessarily rescued people by patching holes, hinting rather than speaking plainly, and taking responsibility so quickly they couldn’t. When you rely on feeling needed for a false sense of power, it supports no one's well-being. I worked with a writer who had decided to leave her job as a Program Director so she could pursue her MFA in writing. Instead of being proud about her decision, she worried about how to tell the agency she was leaving. She not only gave them four months’ notice, she also offered to create a transition plan and lead the search process for her replacement. She told herself she was doing this for the under-resourced, predominantly immigrant students and families. Underneath this layer of presumed generosity, she was still proving her worth by making everything easy for everyone else, motivated by that external pull for praise. There was also some quiet guilt that she was leaving for her own joy. Much of what drove her to tie her self-worth to what she could do for people stemmed from her childhood as the oldest daughter of immigrants. Some beliefs from her that confirmed this were: If I do things right, I will save my family and Pretty, fun, and social aren’t going to get me anything. This “either/or thinking” of white supremacy leads people to see the choice as giving more or failing. Since failure is not an option if you are to save your family or your client or your partner, the only option is trying harder; giving to others in a way that’s hard to stop or even control. The great thing about understanding this push, as she did, is that it can transformed to break through the either/or internal paradigm. She finally put some effort into figuring out how she could make things easier for herself. The tool I suggested to her was practicing having her exit activities be “good enough.”

Breaking Through Your Own Glass Ceiling offers simple, proven prosperity practices to address power dynamics faced by BIPOC (Black, Indigenous, and People of Color) and other underrepresented communities. You can begin today to identify and uproot unhealthy patterns and replace them with consistent thoughts and behaviors to embrace a full-hearted life—even in environments that do not support your well-being. Many people attempt to navigate glass ceilings by reading self-help and motivational books that send the message that vision boards, meditation apps, and affirmations will compensate for exclusionary policies and laws. This book rejects the “one size fits all” approach to career development and self-care that leads people to internalize their own glass ceiling. If you are ready to have a full-hearted breakthrough, this book can be your daily guide and inspiration.

Linda González has a thriving practice as a life coach, assisting clients to discover and reach their precious goals while taking into account the impact of systemic oppression still present in society.
Linda is also a storyteller, published author, and solo performer. Her book The Cost of Our Lives is an award-winning memoir.

She has coached, consulted with and trained thousands of people to explore and dismantle personal and professional inequities and contribute to a just society. You can discover more about her equity-based coaching and writing at lindagonzalez.net.