Angel in my closet 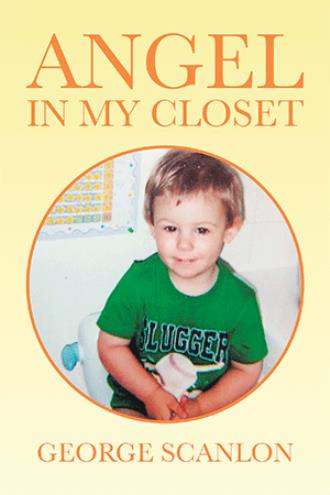 PARK AVENUE One Saturday morning I was watching cartoons at Grandma’s house when Bobby came in and changed the channel to Lassie. We were arguing and fighting when Aunt Carol switched the channel to American Bandstand. Grandma ran us all out of the house so she could get some peace and quiet. We decided to go to the park and hunt for crawdads in the lake. Bobby said that he knew where Roger and Wayne lived, so we decided to see if they were home and wanted to play. They lived on Park Avenue, which bordered the other side of Lafayette Park. When we knocked, their dad answered the door and showed us into the living room, where we found Roger and Wayne sitting on the floor watching cartoons. “Ah-ha!” I said. “I knew I wasn’t the only one who still watched cartoons.” You should have seen the looks on their faces. Trapped like rats with nowhere to hide. So we all watched cartoons together for awhile until their dad took them with him to visit his brother. I can’t tell you how relieved I was that I didn’t have to sneak around to watch cartoons anymore. I could just be myself again and not care what other people thought was a sin. It was like a giant weight had been lifted off of my shoulders. I had never been on this side of the park before and wanted to explore a little bit before starting home. We walked a couple of blocks in the opposite direction and came upon another park that we knew nothing about. It wasn’t a very big park or even a very good park. The swings were rusty and the grass was brown, but a park just the same. We pushed each other on the swings, higher and higher, until I looked around and, for the first time, noticed that the children were all black and no white kids to be found. I told Bobby that we’d better get going. We calmly turned and walked away. I told him not to look back, but I should have kept my mouth shut because whenever you tell someone not to look back, that’s the first thing they always do. “Hey there, white boys!” “Keep walking,” I said. “Hey, there’s some white boys in our park,” I heard one say. “Where there white boys?” I heard another. “Over there.” “Hey, white boys. What you think you doin’ here?” “Keep walking,” I said again. We didn’t answer or even look back. “Hey, white boys. Where you goin’?” That’s when we started running. “Get the white boys!” they shouted as they ran after us. They chased us back to Park Avenue and could have caught us because some of them were older and could run faster, but for some reason they didn’t follow us across Park Avenue, where we escaped into the safety of Lafayette Park. That was the day I discovered that black people lived on the other side of Lafayette Park and white people lived on this side. Park Avenue was the border. They had their park and we had our park, and you didn’t ever go into each other’s parks unless you wanted to die. My mom told me a lot of things, like to look both ways before crossing the street. I wonder why she never told me not to cross Park Avenue. I would think that that would be a pretty good piece of information to know. We could have been killed. When I lived in New York City, we lived in a place called the Bronx. Blacks and whites lived in the same neighborhood and in the same tall buildings, and I never thought nothing of it. In St. Louis blacks lived on the north side and whites lived on the south side, and I never thought nothing about that either. But now, after receiving so many hateful threats, I found myself thinking about it. I couldn’t figure anything out, so I asked my mom. She said that that’s just the way it is. What kind of an answer is that? Why do blacks and whites hate each other so much? There’s a pair of twins who go to my school who are brown and speak funny, so it can’t be because of the different color of people’s skin. But if it is, how black does a person have to be before you’re supposed to hate them, and how white does a person have to be to be hated? My mom and Grandma have never told me to hate anyone. So who is telling us kids to hate each other? Is it the schools? Is that why there’s not any blacks at my school? Is it the mayor? Is it the President? I bet that it’s only normal that a lot of black kids have the same questions and feel the same way I do. We don’t want to hate anyone. We just want to love and be loved, play and watch cartoons and be friends, so who’s teaching us to hate? Nobody ever tells me anything. If you ask someone, all you ever get is, “That’s just the way it is.” I wish there was some way we could get together and figure out a way to change the way it is and put an end to all this hating. It’s too bad us kids have to do what we’re told and don’t have any control or say, or we’d change the way that it is. Maybe when we’re older, we will, someday.

An inspirational memoir short-story collection of controversial psychological, spiritual, philosophical, and sociological origins. Tom’s ten-year-old grandson blows his mind when he tells Tom that he saw his mother sitting in the closet after she died and told him, “Everything is going to be alright.” It inspires Tom to change his life. Tom emerges from drug rehab a new man, taking self-revelation and being reborn to new heights as he embarks on a spiritual adventure, journey quest in psyche back to his youth in the voice of a ten-year-old child in search of the truth of how he made such a mess of his mind as he rewrites his past trauma and lows into highs because he was still an angel in God’s eyes. Young Tom starts life as a fatherless child of a broken home—neglected with no role models or discipline. His curious nature for adventure in a world with no fences finds him running wild in the streets of south St. Louis and two years behind from failing in school. One step ahead of the social workers, he must figure out how to fit into a world that’s as broken as he is—religious fanatics, child molesters, poverty, racial hate, girls, bullies, and social injustice are conflicts he tries to make sense of, but all he can get is, “That’s just the way it is.” Feeling insecure and inadequate with low self-esteem, he’s falling fast as he searches for truth and facts to fix what is broken like new to rise up and account before he falls through the cracks.

This author is thankful for the call to the angel in us all. He has hope and faith that the world will be a better place. He resides in St. Louis, MO.