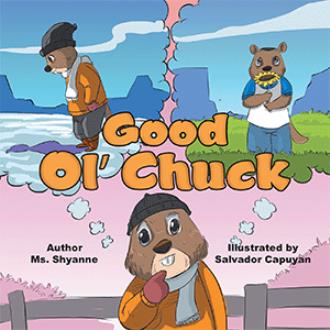 “How could he not show up? It’s his big day!” another man exclaimed angrily. “He always shows up.” The whole town was in disbelief. For the first time ever, Chuck had let them down. Meanwhile, down below, Chuck was fast asleep in his bed. However, as the noise outside grew louder, Chuck was having a hard time staying asleep. He rolled out of bed to see what all the fuss was about. “What is going on?” Chuck said to himself as he brushed his teeth and put his coat on. Then he set out for the front door. As he was opening the door, the townspeople began to cheer. “I told you he wouldn’t let us down,” a woman said to her children, “Not good Ole Chuck.”

Children all over will enjoy reading about Chuck and his big day. They will be able to identify with Chuck as he learns how his actions can affect others people