The Girl from Cairo 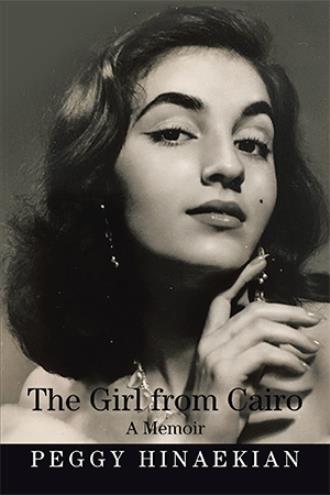 It was 1940. I knew very little about this war. After all, I was only a child. To answer my innumerable questions, I was just told that the Germans and Italians were waging a war against some countries and that they were also attacking Egypt. The details I learned later when I was older. Part of the Allied forces—the British, the Australians, and all other troops from the Commonwealth countries—were trying to defend their positions in Egypt, to prevent the two armies of the Axis powers (Germany and Italy) of gaining control of it and, most importantly, control of the Suez Canal. This seemed to be the only topic of conversation my parents had with their relatives and friends, day and night. It was not comforting at all. I was on edge lest something bad would happen to us and did not want to sleep alone in my bed. Our windows were painted in the color violet, and at nights, when the sirens would blast, we would shut off all lights. We could hear distant bombing. We could hear people shouting in the street “Edfi’l Nour” (shut off the light in Arabic). Some neighbors were being stubborn and were not following orders.

“For many of us in the disconnected 21st century, it is time to speak about our heritage. This memoir creates a whole world bridging memory and narrative. It has a sense of longevity, no so much in the number of years, but with the depth and range of felt experiences. The writer is an artist who brings to the page an astute eye for the meaning of belonging and identity as she shifts between her many selves. There’s a real sense of looking at people in the Middle Eastern world through the lens of her mixed ethnicity—Egyptian, British, Armenian. The sense of tension with her characters, particularly her roguish, bon-vivant father, who gambled away the family fortune, and her strong-willed, fashionable but secretive mother ever vigilant about neighbors gossiping as they lived in gentile poverty. Nevertheless, she maintained a sense of normalcy while railing in her “headstrong” daughter. “The memoir finds humor in dark places like a childhood spent in trauma, cowering from overhead bombing raids during WWII, telling how entire families were able to find resilience to survive constant danger. Following WWII, Peggy’s fascination with American GIs stationed in Cairo sets her off on a life path. When the Suez Canal political upheaval after “Black Saturday” happens, it catapults her to leave Egypt. “The author’s coming of age story is composed of her education in a Catholic Girls’ School, her sexual awakening, her first love, and her childhood daydreams of becoming a film star or a fashion designer that sets her on a journey through several countries: Canada, Switzerland and the U.S.A. The narrative plays on the reader’s question of ‘what’s next?’ as the writer weaves her family story with compassion, finding inspiration in the ‘showing’ of ordinary people living their lives against an exotic and, often, foreign backdrop.” “Frances Roberts Reilly--poet, playwright and memoirist”.

Of Armenian origin, Peggy Hinaekian was born and raised in Egypt. The Girl from Cairo is a memoir covering her life in Egypt, Canada, and the United States between 1940 and 1960. Peggy owes her love of books to her paternal grandfather, who owned the largest private library in Egypt. She was introduced to books in three languages (English, French, and Armenian) at a very young age. She grew up in a very cosmopolitan environment and was an avid reader. She kept a journal in English since the age of twelve and was editor of her high school newsletter. Peggy is an internationally recognized artist, and parallel to her art, she writes essays, short stores, and children’s picture books. Her first novel titled Of Julia And Men appeared in the New York Times Book Review magazine under “Discover New Titles - Great Stories, Unique Perspectives.” She designed the cover illustration, plus twenty-six interior images. The novel has also been published in French. Several of Peggy’s short stories have been published in editions of The Gilded Pen: Anthology of the San Diego Writers/Editors Guild. In 2020, Peggy’s life as an author and as an artist was featured on “Living Your Dreams” (Mara Brown) airing on Los Angeles TV. During the same year, she won an award from the Writers’ Workshop in Asheville, North Carolina, for a five-thousand-word memoir titled My Life in Heliopolis, Egypt. Peggy divides her time between California, Florida, and Switzerland, where she promotes her art and writings. Website of Peggy’s art: www.peggyhinaekian.artspan.com Website of Peggy’s novel: www.OfJuliaAndMen.com