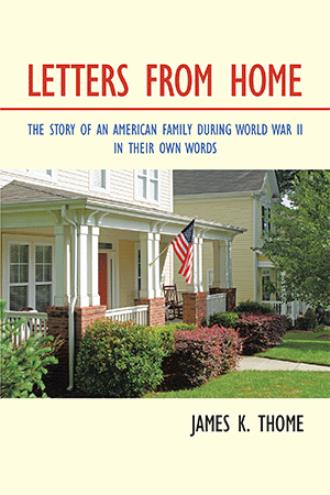 Grand Rapids, 4, Mich., March 20, 1945. Dear John: We have just received a telegram from the War Dept. as follows: The Secretary of War desires me to express his deep regret that your son, Flight Officer Robert F. Herrmann, has been reported missing in action since Two March over Germany. If further details or other information are received, you will be promptly notified. J.A.Ulio, The Adjutant General. I have been very anxious about Bob, not having heard from him since March 5, and that letter was dated Feb. 23. Just about that time I had such a vivid dream about my grandmother, who has been dead for almost thirty years. She was dead, and there no casket, etc. I thought then, I should have a Mass read for her, but she was such a very religious person, I have been thinking of her as being in heaven, long ago. As soon as we have any more news, will let you know. So we'll pray harder than ever, and maybe we might hear that he is a war prisoner. So goodbye for now, Love from Mother.

Letters From Home consists of a collection of original letters. The people who wrote the letters were Americans, most of them members of an extended family. They were written during World War II, from 1943 to 1945. The letters in this book contain the thoughts, concerns, hopes, dreams, worries, and anxieties of Americans during World War II, in their own words. There are many individual stories within the letters. Those stories describe not only events and places, but people who endured and triumphed during a very difficult and historic time.

Jim Thome is a retired attorney and Army veteran. He practiced law throughout the state of Michigan for more than 40 years. He is an avid student of history. While he has authored several articles for legal publications in the past, this is his first book for general consumption. Almost all of the material in the footnotes and commentary in this book comes from the author's personal knowledge and experiences. He decided to create Letters From Home to honor those who endured many hardships during World War II and to educate current and future generations about the sacrifices they made.