The Epistemology Of The Crocodile King, The Lord Of Sahu 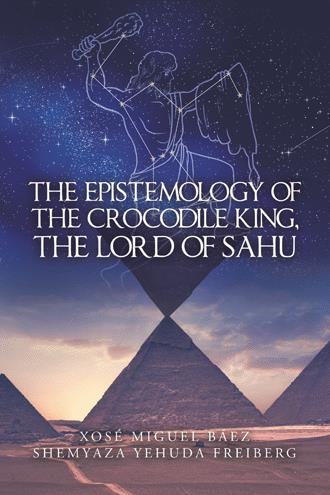 The book and eBook, “The Epistemology of the Crocodile King, the Lord of Sahu”, which is also known as, “The Conjuring Epistemology of the Crocodile King, the Lord of Sahu” is a work of science fiction, Hermetic Gnosticism and Theoretical Kabbalah embracing ethical morality and the ascension of the spiritual light body and the consciousness in union with G-d and Nature, which from the point of view of the ancient Egyptian is a, Nature based philosophical religion is one and the same thing. My cabbalistic experiences, which are based on astral traveling cannot be proven by science or dogmatic and fundamental literal religious narratives and traditions because it not bound to the physical reality of this world, but it purely mystical, which is a fancy word for theorems, and hypothesis in relation to the fields of Quantum Physics, and Mechanics. In my dreams, I am the engineering architect and the programmer of the dreams then; the dreams follow to the letter, the designs and parameters, which I the inner man and psychic have placed in motion within the nebular electromagnetic field and storms. In truth, I am Deist but for me there’s no separation and difference between G-d, which is not a name but a title for anything that has power and authority over a human being, and Nature, for according to the ancient Egyptian school of thought, Nature and G-d, are one and the same thing and I tap into this field of consciousness and awareness, and its infinite potential that has the power to alter my perceptions, my thought processes, myself and my own reality.