The First Part of The Empire of Wind and Smoke 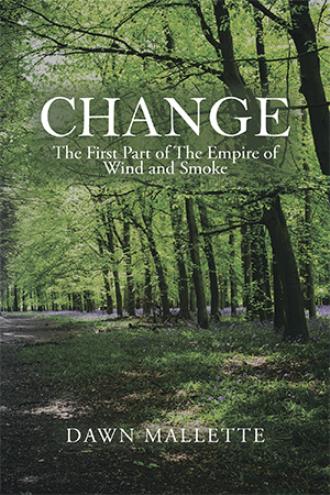 A wall of flames surrounded Nate and me. I pushed the image out of my head and opened my eyes, but the image was burned into my retinas. “Perfect,” Atticus purred. “No! Atticus how could you!” my angel yelled. “I did because you didn’t,” Atticus hissed. “Now it is up to her.” “You’re a monster!” Nate shouted. “Alex? wake up! Snap out of it! Alex!” I heard Nate’s voice as if from a distance, but he was getting closer. My head was clearing. I could think clearly again. My eyes fluttered open and saw the most wonderful thing in the world. Nate. He had concern etched into his perfect features. His beautiful eyes were afraid and pained. I raised my hand and rested it on his cheek. “Now back to business. Alexandra, join me or you will never see you beloved Nathaniel again.” I turned to look at Atticus. “What’s my other option?” I bravely stared him straight in the eye. Atticus snapped his fingers and the walls around us erupted into a bright red and orange inferno. I coward against Nate who held me protectively. Atticus raised his arms. As he did so the flames reacted to his movement by growing and leaping at us excitedly. The flames formed clenched fists. Atticus reached toward Nate and I. the flaming hands echoed his motion. They grasped Nate’s arms and pulled him toward the wall. I grabbed his hand and pulled him back, but the fiery grip was too strong. “It is what it is, my dear Alexandra,” Atticus hissed. “It is what he deserves,” Christian purred behind me. “NO!” I shouted. “He doesn’t deserve this! STOP!” “But he does,” Atticus smiled. “He destroyed my plans for us, Alexandra!” “Because they are wrong! Nate was only protecting me! I’m the one you want! Don’t punish him for trying to protect me. Punish me, it was my father who asked him to protect me!” “Forget him, Alexandra,” Atticus said. “He doesn’t love you. He is only holding you back. You have so much potential.” “Alex don’t listen to him! I love you!” Nate yelled. I looked back into the flames. I could see Nate’s beautiful ocean blue eyes pleading for forgiveness. The sparkle in them was dying. “Alexandra, look at me,” Atticus ordered. I couldn’t stop myself. I turned back to Atticus. “It is what he deserves.” “NO!!” I screamed. “It's me you want! I can overthrow the Council single handed! Not him! He has nothing to do with this!” Atticus just laughed. “You are completely right, but he resisted to follow what you were meant for Alexandra.” “No!” I screamed again. “I love him! He doesn’t deserve to die for something that has to do with me!” “Die? Oh no. I wasn’t going to kill him. Heavens no, I need him. You BOTH hold the map to the sacred realm. One of you is useless if the other is dead!” “What? Then what are you going to do?” “Well, the very best I can!” he laughed again. Deserae came close and whispered in my ear. “No one’s going to kill him. He’ll just wish he was dead.” All three of them, Atticus, Christian and Deserae started to laugh. Each had an evil intent, so naturally I was terrified. In the house of a demonic vampire, who wouldn’t be? Right? “But first a reunion!” Atticus laughed. Deserae unchained Nate and pulled him to his feet. I ran to his side and threw my arms around him. He wrapped one arm protectively around my shoulders. We were ushered down a long winding hallway. Blank walls and nondescript doors whooshed past in a blur. Since we were moving at vampire speed, Nate had to keep his arm around my waist and lift me off the floor so I wouldn't fall behind. We turned a corner and stopped in front of a large metal door. It looked like one from an isolation cell you'd find at a high security prison. Atticus turned to face us with his back to the door. “You can thank your brother for this little gift, Nathaniel.” He sneered at Christian. “Since he brought the wrong one!” He closed his eyes and pinched the bridge of his nose taking a deep breath in to calm himself, he continued, “It is all good now though. You're here Alexandra.” Deserae elbowed Christian. “I told you so!” “I didn't know there were two!” Christian shrugged defensively. “Shhhh!” Deserae shushed him. “Let us meet my newest pet.” Atticus opened the heavy door with such ease, as if it was made of paper rather than thick steel. He waved a hand and Deserae pushed us through the door. Snarling and menacing sounds in the corner of the room caught my attention. My eyes fell on a heap of dirty and torn cloth. It shifted inhumanly as it rose to its feet, chains rattling as it moved. I stared at the vaguely female humanoid creature in horror. She looked frantic like a wild animal - wide-eyed and hungry. Her teeth gnawed and thrashed as she lunged at us; the chains around her wrists and ankles the only things keeping her back. Her eyes were deep set and bloodshot with purple-black circles around them. Her irises were pitch black with the faintest hints of bright crimson around the edges. Her face, identical to mine, taut and ravenous. “We came at the perfect time!” Atticus laughed gleefully. He clapped his hands and a figure in a crimson robe entered the room. Atticus said something inaudible to the figure, who turned and left the way they had come. “Don't watch,” Nate said into my hair. “Wha--” I started to say as the figure returned, leading a group of people into the room. They all looked dirty, malnourished, and terrified. “Feeding time,” Atticus purred excitedly. Nate pushed my face against his chest and covered my ears, but not in time to dull the screams.

Durham was supposed to be a quiet, sleepy little town, but it held more excitement and wonder than Alex had ever known in her 17 years living in the heart of east end Toronto. Her need for escape brings her into a world she thought only existed on the pages of a book. Follow as she is thrown into this new realm and discovers that here, she is more herself than ever before. With the help of Nate, the strange blue-eyed boy from her premonitions, she navigates new abilities and new friends, but she feels like there's more secrets than answers in this world. This is the first part of The Empire of Wind and Smoke.