The I Hate Trump Book 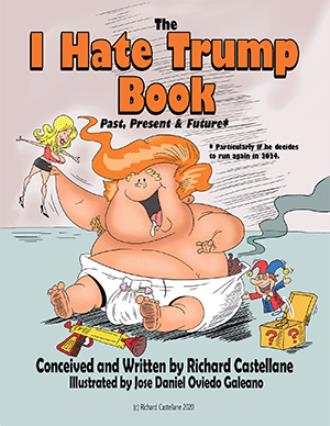 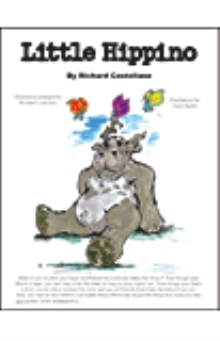 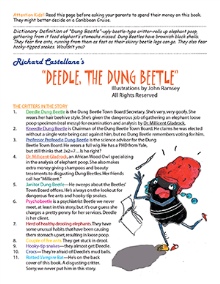 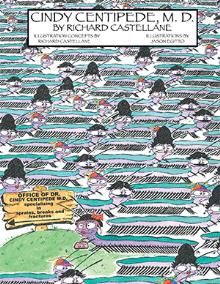 A collection of Letters to the Editor highlighted with political illustrations about the Age of Trump written over the year leading up to the 2020 elections.

"My hatred of Don the Con Trump knows no bounds. I am not alone. Millions stand with me in feeling that Trumpism is a major threat to our existence, our survival. Trump’s mental imbalance has been clearly demonstrated. Major medical authorities have sounded the alarm that Trump is a clear and present danger to all of us. I believe I speak for the majority of Americans when I say life is precious to us, to our families, to our nation. That’s a simple truth. If you believe what I’ve said, then how, I ask, can any of you support an unstable President whose shaking hand -- is over the nuclear trigger. The answer to this monstrosity in the making – remove Trumpists from power and restore pride in our nation, flag, values – and let us be able to go to sleep with a realization that we will wake up the next morning". Richard Castellane

Thereafter, he performed graduate work at Columbia University under Professors Meyer Schapiro and Julius Held. Then Assistant to Hans Schaefer (noted old master’s art dealer) where emphasis was on such old Masters as Rubens, Tiepolo, Rembrandt, Hals, etc. Opened gallery in New York City, Castellane Gallery and became notable for having amongst the earliest exhibitions of Pop Art (William Kent indicated in Lucy Lippards book “Pop Art” as Pre 1960), Sensory Art (artist Jo Roman where objects could only be felt not seen), Op Art (artists such as Ben Cunningham etc.), Installation and Psychedelic Art (Yayoi Kusama), and one of the earliest exhibitions of Earth artist Robert Smithson.

After his work in the art world, Castellane attended law school and became an Attorney. His greatest interest though was writing creative stories and screenplays, one of his first being “Little Hippino”, the popular children’s book.

Another of Castellane’s screenplays, the football comedy “Hail Mary!”, about a losing professional football team that buys up a school of sumo wrestlers to be made into offensive linemen, won the Audience Award at the Queens World Film Festival. The film is currently in distribution on Amazon.

Castellane’s film “Irrefutable Proof” was awarded the “Golden Palm Award” for Best Picture as well as Best Cinematography and Best Actress at The Beverly Hills Film Festival and has been internationally released in 2018.