Part of the First Strike Series 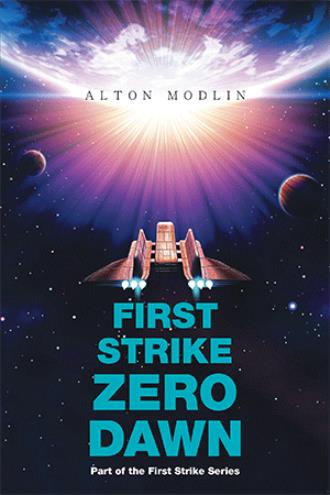 Taluk sat uncomfortably on the bridge of the carrier in front of the Fleet Master, who seemed to be preoccupied with the charts that he was staring at. Taluk knew he hadn’t been forgotten though, as the Fleet Master looked up at him occasionally and clenched his jaw. He would look away and release the tension from the muscles. Taluk knew this was a sign of annoyance and that the Fleet Master felt disrespected. As if the Infantry leader had gone around the Fleet Master and taken matters into his own hands. Which wasn’t exactly the truth, at least, not the whole truth. Although, it wasn’t exactly a falsehood, either. “Fleet Master?” Taluk asked when the silence became too much to bear. The Fleet Master growled in a low threatening tone before swiping away the charts, “You disgrace me,” he snarled. “You dare sit in my presence with such impatience after such a blidynke,” he emphasized the native language, “and you demand my attention?” Taluk’s head dipped slightly, “I am sorry, Fleet Master. My intelligence was incorrect, I believed that by eliminating so many of their population at one time their will to fight would be broken.” “You fool! You were so foolish and stupid to think that it would break their will to fight? You are not worth the Xion it took to make you!” The Fleet Master snarled, throwing a blunt object in Taluk’s direction. Taluk flinched but dare not move, but thankfully the object flew by harmlessly. “The sheer amount of Xion you wasted is mind-numbing. You smooth-brained, insignificant rodent!” The insults stung Taluk, but he was a proud Warrior and wouldn’t allow himself to show the hurt. He clicked his tongue against his teeth, “I thought it would offer us an advantage against The Who-mans.” “Don’t you understand? You killed eight billion civilians, not military targets! They had one broken-down bucket of rust of a battleship stationed in dry dock at Earth! That’s it! The rest were civilians! You daft smooth brained rodent!” The Fleet Master’s anger was copious on the abandoned bridge, it made Taluk slightly fearful for his life. He huffed before continuing, “Whatever advantage that weapon may have afforded us you squandered away. We’ve already been struggling to secure this sector, dealing with just a poorly trained Continental carrier. Their pilots are piss poor and undertrained. Their small complement of professional soldiers are struggling and their under-equipped militia is easy enough to starve and runoff. “But now,” he snarled again, “They’ve dispatched at least two carrier groups. They’re coming with fresh troops, planes, and supplies. And worse yet, these aren’t their pathetic Continental Defense troops. These are professional soldiers. How long will it take to recharge that weapon of yours?” “Thirteen cycles,” Taluk answered. “Thirteen!?” The Fleet Master snarled. “That’s nearly two human years! You’d better figure out how to turn this mess around. We cannot afford to be stalled for so long. I should end you right where you stand, but I would not burden another with the shame of cleaning up your mess. You will fix this, and you’d better make it fast. The outcome of this war will decide your fate,” the Fleet Master snarled, “fix this and fix it quickly.” Taluk’s head dipped down, “At once, Fleet Master,” he answered and turned to depart the bridge. He left the bridge, his anger threatening to overwhelm his senses. He shoved past the bridge crew that was starting to filter back onto the bridge to assume their normal duties. He growled at one of the crew members that offer some resistance, and they quickly shrunk away. He took a turn down a corridor heading back towards his quarters. When he was close, the shimmering shadow that stepped out didn’t startle him. The shadow became solid and he was looking at one of the elite Shadow Warriors assigned to his infantry. He snarled at the figure before opening his quarters, the Shadow Warrior following close behind. Once he was safely inside of his chambers and the door had sealed behind them he spoke, “There is a rat, on the who-man planet of Luma Nine. That rat is the reason our plans have so far failed. He assured me that taking out Earth would lead the who-mans to withdraw from this conflict. Eliminate him. Make it slow and painful. Do not come back until he has breathed his last time.” “At once, my Zurk,” the Shadow Warrior used the word for “commander” in their native tongue. He lowered his head slightly and then departed, the door sealing behind him. “I hope that rat suffers,” Taluk muttered to himself. “I hope his screams fill the atmosphere for all the Gods to hear.”

First Strike : Zero Down follows an epic tale of humanity’s fight for survival in the face of an alien race that wants humans exterminated. Humanity’s fight is long-fought and bitter sweet.