Spiritual Lessons and Discoveries through L’Arche and Faith and Light 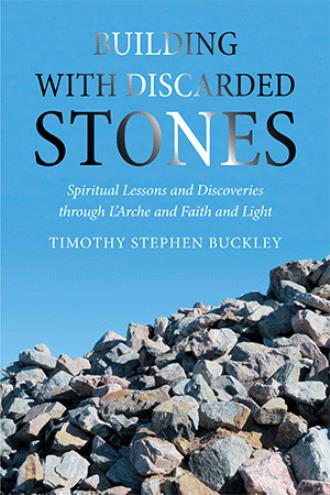 I was Donald’s roommate when I first came to the community. He warmly and graciously welcomed me and helped to orient me to the rhythm and routines of the house. He rearranged his belongings so that I could unpack the few items I had brought with me. I slept on a mattress on the floor of his bedroom and, since I was also crazy about sports, we had many long conversations and some debates. For me, all the teams from my home state of Wisconsin were the best. On his laundry day, Donald was able to wash, dry, fold and put away his clothing with no assistance except perhaps a reminder or two. With so many tasks he functioned independently, even those he strongly preferred to not bother with. He could get around the neighborhood on his own, go to the store for simple purchases and was proud to be entrusted with little responsibilities for the house. He was aware that he could do things that others in the community couldn’t, but he didn’t show off or try to show anyone up. Donald’s birthday was in autumn and he always was tuned to its approach many weeks in advance. He loved the attention and expounded in fine detail about the gifts, the cards, the special meal, the rich, frosting-smothered cake that were sure to come. I had arrived in the community at just the right moment to enter into the preparations for his party. Being new I mostly tried to stay out of other people’s way and do some of the simple chores around the house to free up those who knew better what needed to be done to make for a joyous celebration. As the weeks of anticipation passed, something very odd began to gradually unfold. Donald, in minute, nearly unnoticeable ways, was changing. It was as if he had slipped into a slow-motion mode. Usually very efficient with his morning routine, he was spending longer and longer to get himself washed and dressed. Spots of blood began to appear somewhat regularly on his face as if he had cut himself while shaving. But Donald used an electric razor. His physical tremors, before scarcely visible, became more pronounced. It came to a point where he shook so forcefully that he could no longer hold a cup of water without sloshing all over. What was happening?

There are worlds within our world inhabited by people outside the mainstream—minorities, strangers, those labeled as different. Ignorance, fear, prejudice or perhaps arrogance keep them isolated. This can be the lived reality for people with intellectual and developmental disabilities. Yet, they too are fashioned in the image and likeness of God. Tim Buckley, author of As You Love Your Self, Spiritual Reflections on Self-love, from his experience in communities of L’Arche and of Faith and Light, shines a gentle light on these people too often ridiculed, ignored, rejected, abused or excluded—treated as less than human. In these pages you will meet and find your heart moved by stories of people like Carla who hates mirrors, Calvin who refuses to be put down, shy, quiet Molly who stands up in front of hundreds of strangers and proclaims the truth that sets us free. As you take a step into the world of people with intellectual and developmental disabilities be prepared to have the way you see, and the way you act, changed. Let their wisdom about what truly matters in life lead you to become freer, more loving, more deeply human.