Tales from the East-Coast 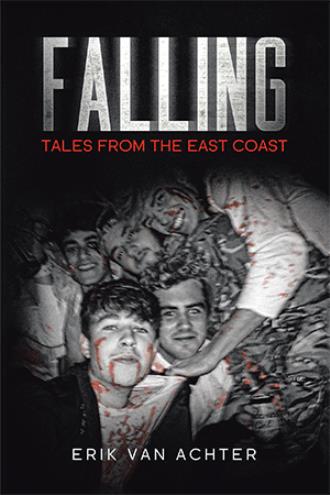 I couldn’t understand my own train of thought so I had to move on. I fell to the ground and looked around. I opened my backpack and unscrewed a water bottle, that’s when I caught the sight of a red and white jacket floating on the surface of the Hudson. I thought I was imagining it; it couldn’t be the jacket that Evan always wore when he biked to school. The funny farm was in my future if that’s what I was seeing. I got up from the sidewalk, turned away from the river, and starting mulling over my present state of mind. Acute depression. Viral meningitis. Grief. When I looked back at the river, the jacket was still there, ballooning as the wind had crept under it. It was now closer to the embankment. It was Evan’s. Curiosity dragged me along for a closer look. It wasn’t just a jacket, there was a body attached to it. It was Evan’s. The body rolled a little and Evan’s face was turned towards me. He was smiling. It was like he was asleep and having this killer dream. I couldn’t help but think that this must have been how Evan looked after fucking Evelyn. Well, I knew what Evelyn would do. She would go into the water and see if it really was Evan so that’s what I did. I leaned over the embankment with the help of these metal rods on the side, diving my arm into the water and pulling Evan closer to the river wall. I pulled him out of the water. As the sun shone over the Hudson, I lay there next to him. After a few minutes like that, I dragged the body into the shack and put the dead Evan to rest. The Late Evan. Evan That Had Been But Was No More. I left him there, his muscular form visible through the thin polyester of his Cornell jacket. His face was slightly cyanotic and a little bloated, but he still had that sharp jawline and even his hair looked perfect even though his body had been in the water for weeks. I took my Swiss army knife and I cut a square out of Evan’s Cornell jacket, just a little bit of Evan to take with me. I put the piece of fabric in my pocket and I watched the red-blue sun through the metal planks of the shack. I didn’t know what to do after that so I stood guard over Evan’s body. That was the last time he’d run off without me.

FALLING is the first collection of short stories by Erik Van Achter. It was during his stay at Brown University that Erik first started writing various fictions dealing with the life and the way of living Ivy League Students. Most characters exist in real life, some are even the writer’s friends but fiction took hold of them casting a net they rarely escape from. Their bright lives, where the sky supposedly is the limit, is defied by the basic laws of (human) gravity. Some survive the fall, others don’t. Fate, coincidence and destiny rule their world. Being well versed in short story theory, Erik Van Achter has experimented with genre’s many possibilities. What has interested him most is piecing together small fragments, hoping a story might arise and lead a real life and an afterlife. The mythical world of Ivy League is just a setting. In fact the human condition controlled by uncontrollable events is at the center of the tales. Sometimes characters literally fall but stay alive, sometimes characters fall from grace, looking for redemption and sadly die.