THE MANIFESTED POWER OF GOD 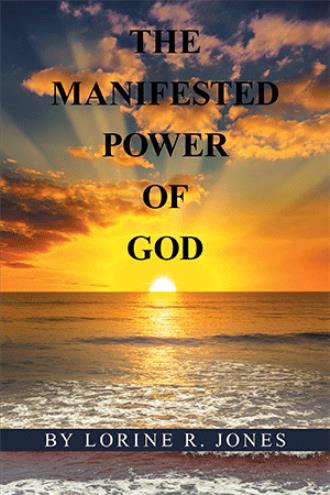 My name is Lorine, and it was my pleasure, as the designated driver, to transport four of our senior sisters to and from Strait Gate Temple Church, which was and still is located in East Chicago, Indiana. One Sunday night, at approximately nine thirty, the evening service at Strait Gate was over, and the inevitable after-service fellowship had ended, and it was time to go home. We heard the usual: “See you,” “Keep us in prayer,” and “Drive safely.” Finally, all passengers would be on board. I began the drive back to Gary, Indiana, approximately twenty miles, a trip I made two evenings a week and on Sundays. I always enjoyed the trips because the sisters would take that time to instruct me not only about the Word of God, but how to conduct myself as a Godly young lady, and I stress the Godly part. Often the stories and classes were a little comical, and due to their ages, often repetitious. These stories and seasoned words of wisdom made the trip time and miles pass quickly. This night there was a full moon and so many stars visible which was unusual because Gary and East Chicago were steel mill cities, and pollution was ever-present. But the state of the sky caused deep discussion about God, his goodness, his Word, his mercy, and his grace. As we were approached an intersection, I turned down Washington Street, which had a reputation of being a little dangerous, but it was the quick path to my first drop-off point. Washington street was well lit, and for some reason that night everything was easily recognizable. It was unusual to see so many young men out and lined up on both sides of the street, they were stretched down the entire block. When I had driven into the block, and within range they began shooting at the car from all sides. It took a moment to realize that I had driven into a deliberate, calculated, non-failing, planned assassination route. The sisters began to call on the name of Jesus. We had no place to hide, no room to get down, no place to shield ourselves. The street was two lanes I could not turn around, I had to keep driving down the street. As I accelerated in an attempt to get down the street rapidly, I also began to call on God. I saw a transparent cloudlike cover descended over the car creating an igloo-like bubble around the car. The sound of the guns seemed to be amplified, and the sound of bullets striking was continuous and terrifying. I watched as these men fired, their guns, running behind the car. We could hear their cries, cheers, and laughter as they encouraged each other. They were wild with excitement. We traversed the entire block while under fire. Time seemed to stand still, and the journey seemed to never end. We finally cleared the block, and as the car entered the next block there was no more gunfire. When we had gone a few blocks and out of range, silence, the cries for God to help inside the car ceased. The pleas for God’s help had been answered and our pleas turned to praise. Then the question; “Is everybody ok?” Everyone replied yes. Stunned, traumatized from the occurrence everything went quiet as I drove. The cloud, which it seems, was only visible to me, rose up from the car as I arrived at our first stop. We all exited the car, expecting to see extensive damage. Instead, there was amazement, audible gasp, thanks, and praises to God which flowed from our lips as we saw that the windows were not broken, there were no bullet holes in the car, no bullets had struck the tires. There was no evidence that we had been targeted or shot at. God had shielded us from hurt, harm, and danger. To God be the glory! Needless to say, I did not tempt God again by traveling down Washington Street. We took the long way around.

Have you ever had a secret or a story that nobody or only a few people knew about? A secret that would startle and stimulate discussions, that would stir men to believe in the unbelievable? Have you ever read something that made you say, “Wait a minute, what did you say?” A statement that made you stand still, turn around, and say, “What?” This book, The Miracles of God, will make you, if not verbally then mentally, react with surprise and awe. To read about present-day miracles of God when society is pushing the “No God” theory. Within the covers of this book, God’s presence and power, his interaction with his people, his loving care, response to their call, and benevolence are revealed. Man’s craving and demand for evidence of a miracle-working, living God are motivated by the deep-seated hunger in his soul (heart) for God.