The Last of the Soul Searchers 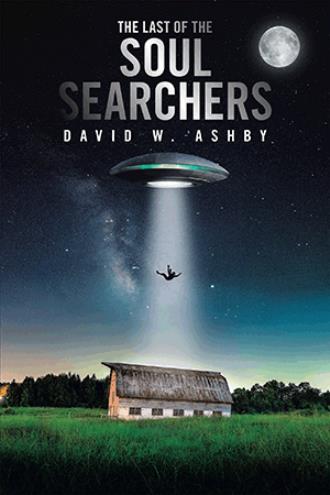 Shaun MacGregor is a complex man who struggles with alcoholism and relationships with women. He becomes involved in a battle for the control of Earth. Groomed by his mentor, John Running Bull, Shaun assists the alien Arcturians in saving humanity from the evil Annunaki. With his psychic abilities, Shaun mediates the transformation of evil humans controlled by the Annunaki, changing monsters into harmless clones by presenting them to the Arcturians for adjustments to their souls. Shaun’s stepfather, Mike “Mad Dog” MacGregor, who appears as a human, is the supreme leader of the Annunaki. A retired Air Force colonial, Mad Dog plots to wipe out humanity, so that his people may colonize Earth. The colonel has long viewed Shaun as his nemesis because Shaun is a Nephilim--half human and half Arcturian. He soon threatens Shaun’s existence. With the help of John Running Bull and the ex-Annunaki cyborg Bart, Shaun, and his new love interest Vicki kayak sixty miles to the point deep in the Red River Gorge area in Eastern Kentucky where they are extracted to safety. Along the way down the river, the group experiences many dangers, including learning of the Annunaki’s plan to wipe out humanity by transforming the Earth’s atmosphere so that it is unable to support human life by replacing oxygen with methane gas and carbon dioxide, perfect for the Annunaki. Human activities such as hydraulic fracturing and fossil fuel consumption have long been wrecking the Earth, but the process is taking too long. Nubira, home planet of the Annunaki, is rapidly being destroyed as their sun turns into a supernova. In addition to speeding up the destruction of the planet, Mad Dog MacGregor urges his cohorts to release a virus via their Annunaki Manchurian candidate in Wuhan, China, thus expediting the complete demise of the human species. Extraction is complete when Shaun and Vicki escape by jumping off Seventy Six Falls near Lake Cumberland in Kentucky. There the pair are forced into a wormhole that deposits them into the decade of the 1950s. Such time travel is the Arcturians’ version of a cosmic witness protection plan. When Shaun and Vicki arrive in the 50s, their identities are altered, but not their souls. Shaun becomes a famous writer and uses his influence for good. Finally, Shaun makes it back to the year 2020, and is faced with horrors that threaten his sanity, and threatens his ability to protect humanity from the evils of the Annunaki. Will Shaun survive long enough to save the planet, or will he become just another instrument in the Annunaki conquest of earth.

I am a retired history teacher and football coach. I graduated from Western Kentucky University with a bachelor’s degree in geography with minor’s in history and sociology in 1991. This is my third novel. My first book, The Oyster Katcher Killers, was the top revenue producer for Sarah Book publishing in 2017. I was featured in Beyond Arts and More, published in Harrington, Texas. The Last of the Soul Searchers is similar in theme and milieu to Stephen King’s novel The Dead Zone. "ALL PROSPECTIVE BUYERS SHOULD KNOW THAT ALL MY Royalties will go to help children affected by sexual trauma"