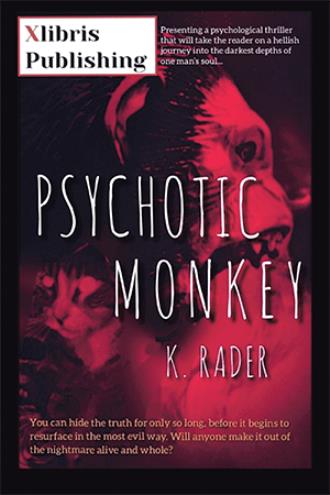 It’s a big day for Michael and Andrea, a day they’ve suffered the last eighteen months in Michael’s shoebox of an apartment for having this. Having met by chance right after Andrea made her escape from a two-year abusive relationship, Michael just happened to pull into the convenience store where she would end up, standing with nothing but a backpack on her shoulder and her cat, Bailey, secured in her arms. Michael could tell there was something wrong. Even though they both had their own separate issues going on, it was love at first sight for the two of them. He offers her a ride to wherever she was going not knowing she was actually going nowhere. Andrea moves in with Michael, and not soon after, they isolate themselves to his jail-cell-sized apartment while saving money to get a bigger place, one they together could call home. Today is the day that their happily-ever-after would begin. Unpacking the last of the belongings in their new house at 2812 Isabella, the two of them would now have a home they would be able to call theirs. They toast the new beginning with a glass of cheap Shiraz and prepare themselves for the best days that are ahead. Andrea is a runner. Whenever things got tough for her, she would run. She ran away from home at sixteen when her father had an accident at work which crippled him, causing him to start drinking heavily and became violent. She moved in with her hero boyfriend and ended up being controlled and abused for what seemed like forever—that’s until she ran away from him and was saved by her new superman, Michael. Michael has a dark past. One that he chooses to keep a secret from Andrea, even though she is relentless in her attempts to figure him out. She knows something haunts him, and she is on a mission to tear down the wall he built up around him. He’s hell-bent on keeping it intact, for her sake and not his. Michael was older than Andrea. At twenty five, he met her when she was only eighteen. She was so innocent and inexperienced. Andrea really hadn’t lived. He knew that his flaws and the strict routine he followed would only stunt her growth, which after moving into a house she could finally call home, took her in the ç toward womanhood. Had Michael told her of his issues, he knew she would sacrifice herself for him. He couldn’t allow himself to be the one to stop her progress. He loved watching this girl he loved blossom into a beautiful flower right before his eyes. Michael made the decision to hide the truth, and by throwing himself into Andrea’s life, he begins to believe that the time is ripe for him to start living again. This is a new him, and today is a new day. Michael’s in the business of making Andrea happy, and whatever it takes to achieve this, so be it. He opens himself up to her ideas, which includes a housewarming party that will give her the adult interaction she has lacked for three and a half years. This puts Michael in places and situations he knows better of, but seeing Andrea truly happy for the first time, he chooses her wants over his needs. The party was a success, with guests from both sides making their way to Michael and Andrea’s new home to celebrate with them. Michael sat back and observed Andrea shine. This is exactly what she needed—a purpose. Everything seemed to be going real good, when, without forewarning, an old friend of Michael’s drops in, a friend thought to have been left in the past. It isn’t long before old behaviors begin to resurface, and with it, a truly unwelcomed guest finds its way back into Michael’s life, and it’s on a mission to destroy anything and everything good in it. Psychotic Monkey is a psychological thriller that will take you on a hellish journey into the darkest depths of one man’s soul. What is real? Who can he trust? What is this thing that is hunting him down with intentions of harming him? Will Michael and Andrea and anyone else who is a part of the couple’s lives survive this and make it out whole and alive? When will the nightmare end? The psychotic monkey has patiently waited for Michael to make that one mistake. Old habits never die, and neither does the monkey. Now that it has finally been set free, only one thing is on its agenda, and that is the kill. Michael pays a heavy price to learn who his real enemy is, and amends are made that would set everyone free.