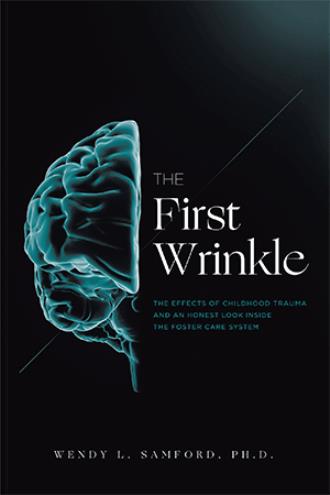 Running Wild Because we were treated as caged rats, we rebelled, I mean we literally ran wild! We ran away, we fought, we drank, whatever it took to get back at the staff. When I think about it now, all of us were trying to process our lives, and in my mind, instead of supporting us, the staff continuously pushed our buttons to set us off. More times than not, our behavior resulted in fights and then restraints. Depending on the severity of the fight, it wasn’t uncommon to have one to five people laying on top of you holding you down on the floor. There were alarms on all of the windows and doors, but that detail did not stop us from escaping whenever we could. I remember one time, three of us ran away. My friends, Neil, Julie, and I, left together. We stayed at a flop house where all the bad ass kids congregated, the teenage equivalent of a heroin den. I remember the house was grey and we just hung out. We did a lot of drugs and drank the entire time. I don’t remember why, maybe I had a bad feeling, but after three or four days I decided to go back to Hudelson. I went back but Julie and Neil did not. When I got back, Tommy, the local cop who worked for Hudelson, implemented his usual “earn your way back in,” form of punishment. You had to perform hard labor outside to work your way back in. When I got back from running away, I just wanted to shower but I had to complete the physical labor before I could go into the facility. The entire time I was outside, Tommy badgered me with verbal jabs. “You will never amount to anything.” “You will never be good for anything except lying on your back.” The one that really stuck with me was “Get used to being just like your real parents.” Maybe it doesn’t seem like much but when you are 15, it sticks. That one stuck with me for a long, long time. I suppose Tommy’s heart was in the right place, but he was a hometown cop in a one horse town with no experience working with traumatized kids. Maybe in his mind it was a tough love approach, but to us, he was just cold and hard-hearted. Instead of diffusing a situation, it always escalated when he got involved. After the entire day of exhausting outdoor labor, at dusk I was finally permitted to go inside and shower. A few days later, Julie finally returned from the flop house. The physical and sexual assault she had endured at the hand of Neil was nothing less than brutal. She reported the abuse, but no one believed her. After loud and continual complaining, one of the female staff finally ran a report, but the damage was done. Since the day Julie had returned, Neil had also come back and he was actually in the same building. The entire time between when no one believed her and when the report was finally written, he was right there. Neil actually remained in the same building for weeks until they took him to a lock-up facility because of his attack on Julie. After the incident, Julie was never the same. She was afraid all the time, and I was so angry and protective that I was out of my mind. I felt a great deal of responsibility for what happened to her so I was overly protective. In my mind, I knew she was intoxicated when I left her in that house. The same questions possessed my mind over and over: “Maybe I could have tried harder to talk her into leaving with me.” “Maybe it wouldn’t have happened if I made her leave.” “Maybe I had something to do with her assault.” I know now I was not responsible for what happened to her but back then, the guilt was overwhelming and it came out in rage. They ended up separating me from Julie and putting me in another building because I would just go crazy if anyone even looked at her funny. I was a mess. Not long after I was moved to the new building, I met a girl named Justine, and in my opinion, this is when Hudelson came to an end. Justine had terrible asthma and had to be really careful because her attacks were volatile. One day she was being restrained because of her behavior. She was struggling so hard that several workers got on top of her and held her down which caused a violent asthma attack. During the ordeal, she had vomited and they held her face in her own vomit until she finally gave up the struggle. When Justine recovered, she ran away and called her case worker. (Justine was one of the lucky ones who had a case worker who cared.) Her case worker came into the place and, let me tell you, all hell broke loose at Hudelson. Little by little, the staff was escorted out. I have a distinct memory of three of the worst staff members who made it a regular habit to instigate rage in us being ushered out of the building. I even remember Tommy, the hometown cop, being taken out. It’s hard to say that what happened to Justine was a blessing, but in a strange way it was. Because she had the guts to blow the whistle, that place was cleaned out.

Using brain research on the effects of childhood trauma, we know our brains cannot create lasting memories without attaching to old ones. In other words, “The First Wrinkle” in our memory is permanent. This book presents the authentic stories of four people who, in different states, experienced some form of childhood trauma. Alternating with the four memoir’s, are additional interviews showcasing those trying to better the system, including foster parents, first responders, and volunteers. The First Wrinkle is a tribute to the brave men and women who, from all over the country, have volunteered to share their stories. Read this book about needed change in our foster care system with your eyes wide open and without judgement. Find a way to be a part of the change in this hidden epidemic we call abuse.

Wendy L. Samford, Ph.D., worked in the K-12 setting as an administrator for 13 years, higher education for 8 years and has been writing and contributing to books for 6 years. Her passion lies in working to support children of all ages, no matter where that direction may lead. She wrote, “The First Wrinkle” as a follow-up to “Bloom Where Planted” and hopes to continue to share honest stories of those who grew up in the foster care system in the United States. The message in her books, non-judgement of people as they journey through this life. Wendy is happily married and has four great kids and one awesome granddaughter.