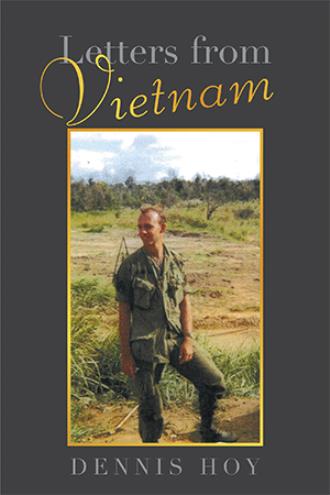 Dennis Hoy was plucked from his life in a small town in New Mexico and sent to the war in Vietnam. He wrote letters almost daily from the combat zone to his wife, Beth. Rereading these letters over half a century later, it's clear how these experiences shaped the person Dennis became and, therefore, unlike many veterans, he has always been comfortable sharing these stories. In addition to vivid scenes of battle, Dennis makes a point of highlighting episodes of normalcy, ridiculousness, and humor. He discusses his feelings on his superiors, fear, and God. While his overriding objective is to survive the yearlong tour and return home to Beth, he also feels a sense of responsibility to his fellow soldiers to do his best as a warrior, even when it puts his life at risk. Dennis' love for Beth is mirrored in her feelings for him, as expressed when she tells the story of the two of them meeting, falling immediately in love, and getting married before his departure. She also tells of joining Dennis in Hawaii for his R&R, something they had looked forward to for months. Their love and marriage has now persisted for five decades. As Sergeant Hoy's date to return home approaches, the Tet offensive began, threatening to thwart his survival, and his return to Beth, at the last moment.

Letters from Vietnam is the memoir of a Vietnam War army infantryman, based on letters he wrote home to his new wife and his parents that give an on-the-ground view of combat, and a soldier's life beyond combat, through the eyes of a Silver Star recipient.

Dennis Hoy, a 1960 graduate from Lubbock High School moved to Clovis, NM where he attended ENMU in Portales. He was drafted 9-1-66 and went through Basic Training at Ft. Bliss, TX. He was sent immediately to Ft. Polk, LA for AIT. He arrived in Vietnam February, 1966 and was assigned to the 1st Cavalry Division. After Vietnam, Dennis went back to school and received his Bachelor and later, his Masters Degree. Dennis taught and coached in Clovis until his retirement in 1992. He then fished the B.A.S.S Circuit for nine years. Dennis is part Potawatomi Indian and was recognized on the Wall of Honor at the Nation's Citizen Cultural Heritage Center in Shawnee, OK. He later went back to painting and was one of twenty New Mexico artists selected to show in Las Cruces, NM. He and his wife, Beth, have made their home in Elephant Butte,l NM since 1992.