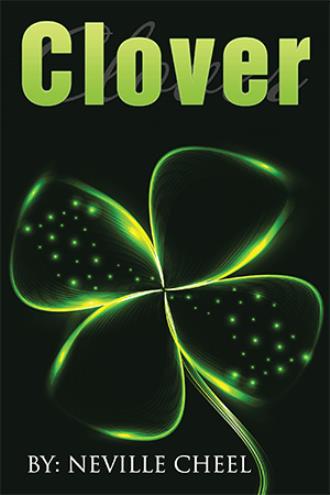 In the normally quiet town of Kistan it was chaos. An explosion had ripped through a nuclear reactor in Mikograd, causing large amounts of radiation to escape into the atmosphere. Six people had died, and long convoys of trucks were systematically evacuating all residents living within a thirty-kilometre radius of the explosion site. People were being relocated to other towns and villages and told some obscure story about a chemical spill. Once again, they were being treated like mushrooms.

‘No, not an explosion,’ tall poker-faced Russian soldiers assured them. ‘It was a chemical spill. Evacuation is always precautionary in situations like this. You know that. You will be able to return to your houses tomorrow. You understand.’

Yes, the evacuees did understand. They were being lied to, again. They had eyes and ears and they knew it wasn’t a chemical spill. They’d had chemical spills before, and this was not a chemical spill. It was an explosion. They’d all heard it. Why deny it? In Kistan’s civic centre. One of the buildings large enough to accommodate the displaced, Vladmir Koustan a local butcher was making his feelings felt. His voice low and hushed his tone intense.

‘Chemical spill,’ he spat. ‘What a load of rubbish. It was an explosion. We all heard it. Not to mention the alarms.’

Maryka Koustan looked nervously at her husband. Her brother worked at that plant. Completing his specialist degree, he’d studied for another two years to get his Masters. He’d been worried about getting a job and had been pleased to secure one at the nuclear facility. Almost as if it were fate. Maryka Koustan’s maiden name was Krychevskew and lying in a makeshift morgue some five hundred metres from where she stood. Her dead brother lay on a cold steel gurney together with five others. The air inside the army regulation tent, dark, cold, and still. The cloistered smell of charred burnt flesh leaning heavily against the sides of the canvas walls, their bodily remains covered by thin white sheets.

Four had managed to survive the explosion that day. Now quarantined in a mobile military hospital some fifty kilometres northwest of the nuclear site. Boris Romanovski, the reactor’s grid controller had been one of the survivors. A survivor of the explosion but not the radiation. Third degree burns now consumed eighty-five per cent of his body. His death imminent, his body charred and bloated, the skin covering his torso, legs and arms garnishing the edges of the metal barouche like some gruesome, mottled valance. His face a swollen and shiny balloon, his eyes, thin dark slits within it. There had been little time to escape. The nurses and medical staff treating the reactor workers, had been horrified at the extent of the burns. The smell of burnt skin filled the room, and treatment made even more difficult due to the cumbersome contamination suits they had to wear.

‘We need to call someone in to identify these people,’ Serge Andropov, the lead medical officer said. So, Yuri Shulga, the chief engineer came in to identify the living and the dead. Bending respectfully over the grid controller, Yuri asked.

Yuri had two children: a boy and a girl. His son, almost at an age where he would be thinking about securing a part time job, had told his father he would like to work at the nuclear plant. They could go to work together. Not likely, Yuri thought, imagining the face of his son with the injuries he was now looking at. He stared at the grid controller, pity in his eyes. There was no need to harass the dying, that’s what the living were for. This man should have peace, and a time to reflect on his life, even if tonight it was wretched. He leant closer and whispered into Boris’s ear.

‘Do svidaniya, may death be swift and God merciful.’

Whether he heard or not the chief engineer didn’t care, it made him feel better.

The explosion had irradiated a huge thirty-kilometre area around the reactor site and all livestock had to be slaughtered. Their carcasses buried along with any crops grown nearby, as well as hundreds of cubic metres of topsoil. Transported to designated dumping sites. The removed earth allowed emergency workers to continue making repairs to the plant, without having to worry about irradiated mud or dust. It also allowed unscrupulous entrepreneurs an opportunity to become creative with it. Using it as a base for a nitrogen and phosphate enriched fertiliser. Sealed in thick plastic bags, no-one was going to point a Geiger counter at the bag or analyse the material inside besides, irradiated fertiliser would be cheap. It would be years before they noticed the very high radiation levels.

Twelve kilometres to the northwest of the city of Verity was the suburb of Port Verity. Famous for its local football team, fine restaurants, and harboured port. It was always busy, thanks to a constant procession of arriving and departing ships. So, on any given day, it wasn’t unusual to hear cranes and the chatter of stevedores, loading and unloading outbound or inbound vessels. The Serykha a Panamax container vessel had docked at eleven p.m. on Friday night, and the following Saturday morning was being unloaded. It’s cargo of Russian fertiliser and agricultural machinery were being lifted over the vessel’s port side onto the wooden wharf below. Sitting stolidly on each other, the TEU containers cast looming shadows over the windswept wharf as the sun slowly emerged behind them.

A truck lumbered onto the timbered wharf. The loud hissing and menacing sound of the metallic monster, adding its own unique voice to the cacophony of electric motors, men’s voices, and screeching wheeling seagulls. Coming to a complete halt. The words ‘Plant Life,’ could be seen written in large green letters on the vehicle’s side. ‘Plant Life,’ being an agricultural company with a local franchise in the city of Verity. Appearing out of the crisp, diesel laden air, a stevedore by the name of Steven Hewitt hailed the metal beast.

With a propensity for dual antiplatelet therapy and stents, Steven smoked somewhere between thirty to forty cigarettes a day. The cardiologist who had stented his left anterior descending coronary artery had told him to give up smoking, so he had done what any normal intelligent civilised human being would have done. He changed cardiologists.

What would you do if you were inadvertently kidnapped by an extraterrestrial craft, taken to a strange planet and became a pawn in a game of political intrigue. Imagine a life of transformation, loneliness, vulnerability and fear. Clover is cautionary tale. It could happen to anyone of us.