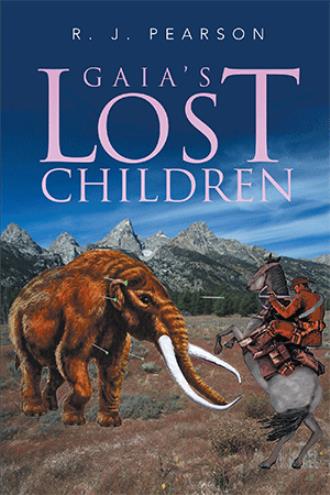 Ivar was striding along, looking for signs of trouble when his world dissolved into blinding, white-hot pain. Other gang members were dropping all along the line. Some froze, some ran, but all fell within a few seconds. Lying on his side and convulsed with pain, Ivar saw another formation stand up and walk out of the corn field. They were dressed in bulky black uniforms, wore strange goggles, and carried odd-looking rifles. As the newcomers moved in, they kept their weapons trained at the gang. They moved with an easy arrogance that Ivar found infuriating even through the searing pain. One of the figures walked up to Ivar and kicked him in the chest. “You the leader of this lot?” Ivar grunted agreement as best he could through the pain. The figure in black rolled Ivar over and secured his hands behind his back. “Not bad, really. We’ve been plunking you hungry vermin all week. Yours is the first group to show some real discipline. You move like you almost know what you are doing.” Strangely, Ivar realized that was meant as a compliment. Another armed figure grabbed Calvin and tried to roll him over to secure his hands. Calvin shook him off, jumped up, and yelled, “I have rights . . . !” Before he could finish the sentence, a rifle butt came up, took him under the chin, and laid him out flat. Ivar yelled, “You CRUDYs can’t do that!” He got a slap in the back of the head that made him see stars. “Quiet, boy! You’re just making it worse for yourself. We’re Peace Corps Stability Establishment (SE). Do we look like local yokel cops to you?” “Trouble, Sergeant McDougal?” “No, Captain Ping, we’ve got this lot under control,” Robert McDougal answered. Nodding toward another trooper, McDougal asked, “Is yours still alive, Blackhawk?” “Yes, Sergeant, he’s still breathing,” Blackhawk replied as he worked to secure Calvin’s hands. “Stand ’em up and line ’em up,” Capt. Minyon Ping commanded. McDougal grabbed Ivar by the collar and lifted him to his feet. Ivar stood swaying, trying to catch his balance with his hands secured behind him. Then McDougal let him go and moved on to another gang member. Pretty soon, the whole gang was standing in a line facing Captain Ping. “Good citizens of the Global Union, you have wandered into an SE exclusion zone.” Ping began with a smirk. Ivar, seeing Ping’s expression, held his tongue. Several of the braver or dumber gang members started to yell. “We’ve rights!” “You can’t treat us like this!” “You miserable mother . . .” Rifle butts slashed out, and the yelling stopped as gang members dropped to the ground. Ping waited until the gang members were hauled back to their feet and into line and began again, still smiling. “Good citizens of the Global Union, you have wandered into an SE exclusion zone. The GU has repurposed this area as a Genetically Accelerated Green (GAG) zone. To protect the food of the people, this zone is closed to all unauthorized visitors. This zone will provide you with delicious GAG foods shortly. In the meantime, you are enjoined to leave the area and not return. Anyone reentering the area will be detained for the remainder of the current growing season and/or killed. Thank you for your cooperation.” Ping turned McDougal and said, “Sergeant, distribute the GU’s munificence to these worthy citizens and then get them the frack out of my zone.” The SEs dropped a hemp sack at the foot of each gang member. McDougal walked down the line, grabbing each gang member by the shoulder, leaned forward, spoke a few words into their ears, and then cut the plastic ties securing their hands. As he cut Calvin’s ties, Calvin spun around and hit him in the chest. McDougal staggered back, and Calvin rushed forward to finish him. McDougal swung his heavy boot up and caught Calvin between the legs. As he doubled over in pain, McDougal struck him in the back of the neck. Calvin continued forward, landing with his face in the dirt. McDougal stepped aside and kicked Calvin in the ass. McDougal walked over, grabbed Ivar by the shoulder, leaned forward, and said quietly in his ear, “OK! Lad, I am going to cut you free. Let’s not have any trouble from you.” Ivar said, “You fight dirty!” When McDougal cut his ties, he didn’t struggle. “Of course!” McDougal said lightly. “We fight to win. This isn’t a fracking game with us. It’s our profession!” “Calvin will kill you!” Ivar said as menacingly as he could. “Perhaps, lad, if I have a really off day!” McDougal said agreeably. “Twis unlike though. He’s big and fast but seems pretty dumb. Better men than him have tried to kill me, and I am still here.” McDougal reached down and pulled something out of the sack in front of Ivar. It was red like a tomato but cube-shaped. He took a bite, and it crunched like an apple. Then, after a bit of chewing, he smiled and said, “Not bad!” “What’s that?” Ivar asked. “It’s an IHT, an Industrially Harvestable Tomato. The IHT is one of the new GAG food staples that GU will be providing soon. It’s not quite the tomato that I remember from my youth, but they’re not too bad. You can make a great sauce from IHT’s. Each of the sacks contains a sample of the new GAG foods. I suggest you try them out and get used to them.” “They’re Frankenfoods! “ Ivar said automatically. “Their poisonous!” McDougal smiled. “Not anymore! Now they’re nutritious and environmentally responsible. “What!” McDougal held up the vegetable. “Look, how long did you eat Frankenfoods? How long did your mother eat them? Then you were told that they were poisonous by the GU. Well, now the same people are telling you these new GAG foods are great.” “That doesn’t make any sense!” Ivar said in exasperation. McDougal smirked. “Of course it does. It's GU policy.”

Gaia’s Lost Children is a politically conservative sci-fi novel of a near-term dystopian future. In the story, the Extinction Reversal Corp. (ERC) genetically engineers and reintroduces the recently extinct moas, woolly mammoths, and passenger pigeons species to the Earth’s environment. Unfortunately, these reintroductions unsettle the Global Union (GU), a carefully balanced, all-encompassing world government. In reaction, the members of the ERC are banished to a huge space habitat located equal distance from the Earth and Moon. A later attempt at further punishment leads the space exiles to rebel. The novel follows two childhood friends, Peter Tanaka and Ivar Hardford, as they try to navigate the turmoil in the GU. Peter joins the ERC and becomes a leader of the space exiles. Ivar establishes himself as the head of a mercenary band used as off-the-books government enforcers. Peter and Ivar end as mortal enemies on opposite sides of the space rebellion.