Within the Light’s SHADOW 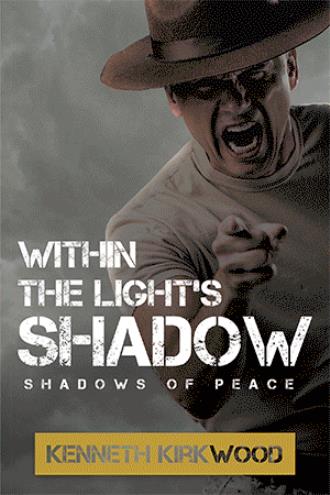 Meanwhile my best friend Scott’s was patiently waiting for me to finish my exam. His patient started to wear thin, and he decided to peer through the window to see how I was doing. When he saw the grimace on my face, he could almost feel the excruciating pain that was shooting up my spine as I could barely move in the small hard-wooden seats. When Mr. Peterson whispered to me, he quickly stepped away from the door and began anxiously pacing back and forth down the hallway. He was going bonkers in the hallway. “Wow!” Scott thought to himself, it was completely crazy how Mr. Peterson had approached me and whispered loud enough for the entire class to hear. Since I was the only person Mr. Peterson called out, it made me seem like I was the dumbest person on the planet. Then too top it all off, Mr. Peterson was as smug as he slowly made his way back to his desk. Scott became desperate, he could not let Mr. Peterson ruin our chances to take the naval entrance exam at the end of week. He felt like Mr. Peterson was just playing mind games with me. Scott blamed himself, he realized that he should have never told Mr. Peterson about our plans to join the navy. Why should his best friend suffer because of his error in judgement? The more he thought about it the angrier he got. Mr. Peterson had no right to call George out, it was truly not fair! Finally, Scott could not take it anymore. That’s when he decided there was no way he was going to let anyone hold us back, he channeled his anger and produced a plan to stop Mr. Peterson. Suddenly Scott started banging on the window like a maniac. When Mr. Peterson saw Scott, he angrily went over to the door and pulled down the shade. Then he pushed the door open. “What is wrong with you Scott he said as he grabbed him and threw him against the wall? I don’t care who you think you are no one ever messes with my class. Scott looked at Mr. Peterson and started stuttering, “I’m sorry sir I thought I heard the bell ring. I was trying to tell George something important about our graduation plans. Mr., Peterson regain his composure, “Son, unless you want me to fail you for insubordination, I suggest you just mosey along.” Since you are done with your exam you need to wait outside with the rest of the student. Students were told to keep the halls cleared during the final exam. Scott stood there laughing, “Sir I appreciate your concern, I am going to see Mr. Dobbins, I am not too sure he is going to be happy about you assaulting a student. However, if you stop bothering my friend, I may let you slide” Then he turned around and starting walking toward the principal’s office “Wow!” Scott had shocked the entire classroom as he turned the table on Mr. Peterson. I was snickering inside as I saw the worried look written all over his face. Then he slowly walked to the front of the room and addressed the class. “Sorry for the interruption class everyone needs to get back to taking your exam you only have twenty more minutes.” Then he sat down at his big brown desk in the front of the room. I felt sorry for Mr. Peterson. It was not his fault my parents had convinced him that if I didn’t go to college, I would be a failure. The whole incident made me start thinking about how I was going to tell my parents I would not be going to college until after my enlistment in the Navy. It was scary to think how they were going to react to my decision. Finally, I was able to shut my mind down and stopped debating my future, I was satisfied with my decision and my life was about to start. Others might be upset by my choice, none of that mattered I was going in the Navy, and I knew I had made the right choice for me. This time I was going to stick to my guns. For better or worse I was planning to join the Navy with my friend Scott as soon as we graduated. The overwhelming joy that I felt so grand. In few minutes I would truly start living my own life and all the discourse did not matter. I stopped looking out the Window and took a deep breath and buckled down. I looked at my blank piece of paper for a moment and then I crumbled up my exam, I started all over. I could finish this exam with my eyes close once I started concentrating the game was over and I would get my A. “ It was nothing short of a miracle in less than twenty minute I had mustered up enough concentration to finish the exam, seconds before the final bell rang, I answered the final question. I did not even hear the final bell ring because I had been concentrating so hard. Before I was able to put my pencil down, I heard Mr. Peterson, “George, you must turn your test in now class is over and I have to get your final grades in before the end of school today.” I handed Mr. Peterson my pencil and quickly made my way to the door. Before I reached the door, Mr. Peterson put his hand firmly on my shoulder and stopped me. “George, I owe you an apology. I should have never made feel uncomfortable today. That was not my intention. When Scott told me last night that you were going to join the Navy, I felt like it was my responsibility to jar your mind back in the right direction. 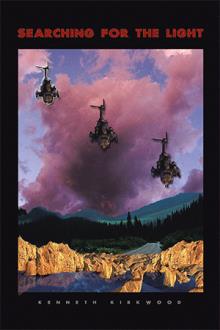 Searching for the Light
Kenneth Kirkwood
$19.99

Within the Light’s Shadow (front flap book two) Shadows of Peace Follow George and Scott as they enlist in the Navy and their friendship is tested when George is selected to lead a special unit in the NSA called the Peace Task Force (PTF); while Scott was not selected as a member of the Unit. George must partner with his new friends James and John to carry out their task of creating a secret NSA unit designed to create Peace by taking down Donna and her terrorist network, due to the secrecy of George begins to feel the strain on his relationship with his family and friends because he cannot tell them the true nation of his mission.