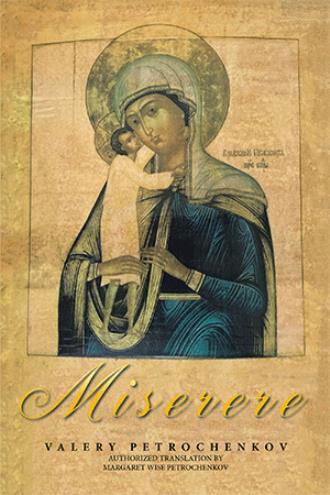 The boys were on their way home from a fishing trip. They sang loudly, whooped, and laughed, speaking in their own invented mix of Russian and German. At the fork in the road, they said goodbye and, as was their custom, waved at each other with their feet. Kurt headed up the road to the German settlement and Alyosha descended to his village. He was still near the top of the hill when he noticed a gathering in the square near the tilting cupola of the recently shuttered church. As he drew closer, he saw something strange. Police surrounded the square. An official stood at the church entrance, screaming loudly, stamping his feet, and motioning broadly. The crowd stood bunched together as if tied. Alyosha couldn’t distinguish the men from the women. Alyosha listened intently. He couldn’t hear the words since the outsider’s voice was carried away by the wind. Out of curiosity, he moved forward, but at that instant, the wind changed, and he heard a wave of groans from the crowd. Swinging his string of fish, Alyosha ran to his house in a hurry. At home, everything was in an uproar. His father wasn’t there; his mother ran from one corner of the house to another in a frenzy, first stopping at the cradle where his little sister slept, then running to Grandmother’s bed to whisper in her ear. When she saw him arrive, his mother didn’t praise him for the fish, as would be normal. She asked no questions, accepted his catch, threw it on the table, and passed him a crust of bread: “To the barn—quickly!” Unnoticed from the loft of the barn, Alyosha saw his father, head lowered, walk into the yard with two policemen and one swarthy city man with a fat face, who was wearing a military-style hat. He did not close the gate. Alyosha couldn’t hear what they said, but when the stranger waved his gun in front of his father’s face and then struck him with it, Alyosha prepared to jump down and grab an axe to defend his father, but he heard his mother hoarsely whisper from outside the house. “Run, son, to the Prokhorov’s! They’re taking away our grain!” While running the back way, he heard women howling behind him in the settlement. A shot echoed as he approached the river. At the Prokhorovs, everyone was in frantic motion. The father of the family and his two sons, all strong men, were loading bags of grain from the barn onto a cart. The women ran from the house to the stable and back with packages in their hands. The third son, the thin and energetic Pokhom, sat on the side of the cart ready for departure. His godmother noticed Alyosha. Although she said nothing, she pointed toward the kitchen. “Before they reach us, we can hide it all in the ravine,” loudly whispered the Prokhorovs’ only daughter, Styosha. * * * Only in the morning when the men returned did they let Alyosha go home, accompanied by Pokhom. It looked as if the village had been attacked by the cavalry. All the gates were open, the fences destroyed, and the road was crisscrossed with wheel ruts, in which chickens pecked attentively at the remainders of the grain, ground into the ruts. In his yard he found his mother without a kerchief, her hair disheveled. Her eyelids were swollen from weeping and her face was covered by scratches. She could not focus on anything. He heard his baby sister crying in the house. Alyosha was exhausted after his sleepless night. He ran to his mother, embraced her, and asked about his father, nearly choking on the words. For the first time in his life, she didn’t respond, as if she had turned to stone and couldn’t hear him. His father had been arrested the previous night. Alyosha never saw him again. From that day forward, the people in the village kept a low profile and avoided each other on the street. There weren’t many men in the settlement anymore, and those who remained, stayed hidden. Their way of life changed dramatically. Mother tried to find out what had become of her husband. While she was gone, Alyosha took care of his little sister. His best friend Kurt had vanished. Grandmother spent most of her time in bed, unable to get up, and she refused to eat. They had less and less food. They ate all the chickens, then slaughtered the she-goat because they had nothing to feed her, and the day came when they had no flour at all. In late fall, Grandmother died. Pokhom helped them to bury her. Hard times came for the Prokhorovs as well. The father and elder brothers had been arrested. Alyosha’s godmother lost her mind after being forced to stand outside and stick out her tongue at gun point for hours. When the first snow came his mother lost her milk, so they tried to feed his little sister with a grass extract. Alyosha’s pants were falling from his skinny body. His mother told him to go to the Werner’s, Kurt’s parents. “We have no way to feed ourselves anymore.” Kurt’s house in the German settlement had been boarded up. According to neighbors, Richard the carpenter had moved to the city, but they didn’t know where. Alyosha was sure he could find them. There couldn’t be many craftsmen of such renown in the city. When Alyosha got close to town, a policeman tried to capture him but he escaped. For 24 hours, he hid in an abandoned house where he nearly froze to death. On the second day, he was discovered by other boys, who also had left their villages when their families began starving. They all headed to the town in hopes of surviving the winter there. This hope was dashed. Police guarded all the roads. People were arrested and marched away. They heard that anyone who could not walk was shot.

Miserere is an account of World War II that focuses on the fate of Aleksey, a boy from the Volga region, as he and his beloved friends try to survive World War II and beyond. As the story begins, the Soviet government of the thirties has just confiscated most of the grain in the Volga region, leading to the death of around 1,000,000 people. When Aleksey’s father is arrested and his family is starving, the boy seeks his best friend, Kurt. Aleksey is captured and put into a camp. The Warden notices the boy’s bravery and character, so sends him to a special orphanage school. After graduation, he attends military school and becomes a spy. The fates of Kurt in Kazakhstan, of Ilse in Berlin, of his schoolmate Sasha in Finland, and of Lyubov, a beautiful visionary in Russia, are woven together into a rich tapestry.