Kentucky and Neutrality in 1861 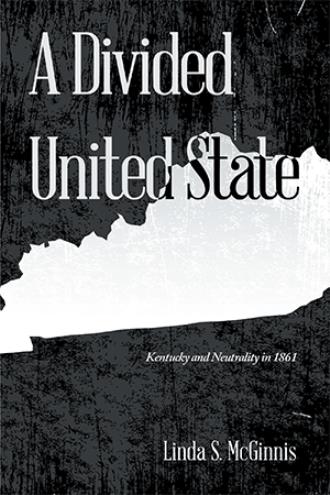 This book has its beginning over 30 years ago when I was in pursuit of my first master’s degree. It is shorter than I intended originally. There are two reasons for this. First, the period written about is a short span of time. There has not been a great deal written about these months in Kentucky’s history. One can find volumes of literature almost anywhere about the Civil War, of course, and there are multiple writings about Kentucky and her role in the war. But what was happening in Kentucky during the initial months immediately following the attack on Fort Sumter has been given little more than a nod by most historians. Second, I am in the early stages of learning how to write for readership. The facts shared and the points made in this book would remain unchanged had I been less concise and more verbose. This being said, should I write a second book on another topic, my wish will be for more pages to be warranted. I remember studying Kentucky history in the fourth grade. Even at my young age, I was curious about our state’s delay in choosing a Union or Confederate side when the Civil War began. I doubt many of my classmates gave it much thought. We were fourth-graders after all. But my curious mind wondered, “Why did we wait so long?” This question stayed with me into adulthood. When I was older and in graduate school, I read voraciously about Kentucky, our history, and our attempt at neutrality during the summer months of 1861. Only one book, E. Merton Coulter’s The Civil War and Readjustment in Kentucky, provided some insight into what was happening with our citizens and with our state’s political leaders during this time. Even with the help of Coulter’s insightful and well-researched work however, my question of why we attempted an untenable position was answered only partially to my satisfaction. It occurred to me that digging deeper into this topic would be something I would have to do myself to hopefully find the answers I sought. After reading several post-period books, I then immersed myself into articles, pamphlets, newspapers, personal letters, and even a fascinating diary; all written during our five months of neutrality. Following a year of intense research, research that took me to libraries all over our state, A Divided United State: Kentucky and Neutrality in 1861 emerged. My hope is that you find my effort worthy. Linda S. McGinnis, October 2022

Linda McGinnis describes her life thus far as varied, interesting, and fun. Raised in the coalfields of Martin County in eastern Kentucky, she has taught public school and coached girls and boys basketball. Upon the completion of her first master’s degree she became an adjunct professor of history at Marshall University in Huntington, West Virginia for two semesters. She left teaching in 1994 to partner in a manufacturing business. She became the majority owner and CEO two years later. Linda has served her state as a member of the Department of Economic Development as well as serving on the Executive Board of the Kentucky State Chamber of Commerce. She is also a 1996 graduate of Leadership Kentucky. The business venture was successful, and in 2004, Linda sold the company. She lived in Florence, Italy for three months (to experience another country as a resident as opposed to a tourist) and then moved to Northampton, Massachusetts in pursuit of a master’s degree in social work at Smith College. Becoming a therapist had been a goal of hers for several years. She says she credits a talented therapist for guiding her safely through a severe depressive period following a divorce. The result of this experience, she says, caused her to become fascinated with the profession. Following her graduation from Smith in 2007, she returned to Lexington, Kentucky, to work as a licensed psychotherapist. After a successful thirteen-year career as a therapist, she retired to Owensboro, Kentucky in December 2021. She wanted to spend more time with her grandchildren. Linda has two sons, David and Mark. David has a career in business and Mark is an orthopedic surgeon. She says, “They are my very favorite people,” and adds, “I love my boys more than I love me and I have had the humbling privilege of watching them grow to be the two people I admire most in the world.” Of her four grandchildren, she smiles and says, “They are treasures. They absolutely own my heart, and I wouldn’t have it any other way.” When she is not spending time with family -- and sometimes even when she is -- Linda continues to read and study history. She is also a fan of audiobooks and podcasts from different genres. She reads news from various sources daily. She says, “We are living in a noteworthy time in America, historically. I try to not allow myself to live in an echo chamber polically. I prefer facts over opinions and information over emotions so I do my best to stay informed and to read and listen to all sides of an issue. It is imperative that we stay current as we age. Otherwise, we risk having nothing relevant to say.” This is her first book.