The Way Of The Dog 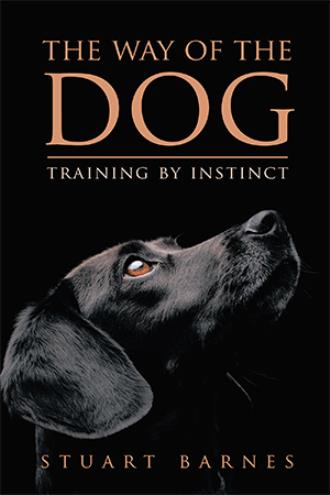 Pressure on, pressure off' is a method that I have witnessed time after time when watching pack animals interact with each other. I have come up with a technique that works extremely well for me by using this form of communication, a language that pack animals naturally understand, rather than trying to get them to understand our human language. Pack animals have a built-in system: they know that if they are within a pack they have a much greater chance of survival than if they were out on their own. It's a very strong instinct to be part of a pack. When a pack animal has been isolated from the pack in the wild, it becomes very stressed and nervous and it is aware that its chances of survival have diminished considerably. The chances of having a successful hunt or protecting itself against an attack have reduced ten-fold. By understanding this instinct, we can use it to our advantage and use the knowledge to break bad habits. There are two ways of breaking in a domestic animal. One is through fear, using harsh methods to make animals submit. The other is through understanding pack hierarchy. The 'pressure on, pressure off' technique is about understanding the animal's instinct and thought patterns, and acting accordingly. In a training session, when a human puts pressure (using physical, mental and energetic pressure) on a dog or a horse because it has misbehaved, they are, in essence, expelling it from the pack. They are using their energy and physical body to push the animal away from its safety zone. The human is effectively the animal's pack and, joined with the human, the animal feels safe and secure, rather than being isolated and vulnerable.

“If we are the most intelligent creatures on Earth, why do we try to make our domesticated animals understand our language, instead of us understanding theirs?” From the paddocks of New Zealand and Scotland to the untamed hilltops of Ethiopia and the valleys of Alaska, Stuart Barnes has tracked, observed and trained dogs all over the world for over 25 years. In this book he shares his incredible insights to help us all learn to communicate with our canines on the level they understand. The Way of the Dog will give you a better understanding of why dogs behave the way they do, as well as straightforward, easy-to-follow techniques on how to correct many unwanted behaviours. With clear, step-by-step instructions, this book will help you with all the essential aspects of owning and training a dog, including choosing and raising a puppy or an older dog, housetraining, effective walk routines, mealtimes, playtime and boundaries. With Stuart's help, you can unlock the secrets to building the long and happy relationship with your canine companion that both you and your dog deserve. *** “The Way of the Dog is loaded with practical, easy-to-follow tips and tricks to help any dog lover create a positive, rewarding relationship with their canine companion. If you love your dog, and want to create the best environment for both your pet and your family in your home, you simply must read this book.” Lisa Anderson, author of Mom! There's a Lion in the Toilet