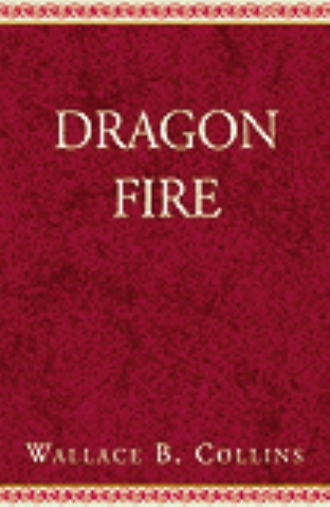 The idea for my novel DRAGON FIRE blazed in my mind like hot cinders on that Thursday morning in August of 1996. I was sitting before my computer pondering my potential as a writer. I thought to myself that there must be a literary device I could devise to get my fiction published. Then, a strange thought occurred to me. It made me look at myself.

I began by asking myself why I was getting up so early every morning just to write fiction. My attire then appears significant to me, enough for me to employ my apparel as motive. It took on a new meaning for me. What I wore became symbolic of my urgency to maintain a writing habit. It got into the habit of getting up early every morning and religiously entered my studio wearing my red dressing gown over my underwear, simply to write fiction. That tendency had not occurred as significant to me before as out of the ordinary.

I noted the strange thoughts occurring in my mind that Thursday morning. They took on a special meaning for me then. I had just returned from a trip to China where I suffered a severe case of Jet-lag. To compound my time and space disorientation, the flue bug I picked up in Hong Kong while in transit to California mesmerized me then. I had sat in the air-conditioned airplane after the airport diverted it from Tokyo to Macaw, and that is, no doubt, where the flu bug stung me.

A Typhoon raging in the China Seas caused our delay then. The plane sat at the Macaw airport for about three hours with the cold air conditioning going full blast. By the time I got to Los Angeles I became stuffed up and had a temperature. It was that discomfort that ailed me as I sat before my computer thinking what to write when the idea for my novel DRAGON FIRE hit me. It came to me then that the reason I could not remain in bed after three oclock in the mornings was that I suffered from all these ailments.

Thus, the idea about a man becoming conditioned by his urge to write at a particular time every morning, seized me. I saw that his compulsion challenged him further to do something unceremonious that would match or counter that routine. He became fixated by a desire to do something different on that particular morning. I thought that the man would put himself in a strange predicament at that early hour of the morning. When I consider the character, and the litany of odd actions that he might take, or might occur to him, I grinned to myself. The humor, the tragedy and the strangeness of it struck me. I began to write a novel about a man walking barefoot in the street in the early hours of the morning, wearing a red dressing gown over his shorts.

I visualized myself as that man. Why? Simply because I was wearing a red dressing gown over my underwear. I took it as a challenge then in anticipating the repercussions from neighbors if they saw me outside barefoot on the street and in my sparse attire. I began to think that if I ventured into the street dressed the way I was, and use as an excuse my need to mail a letter to my publisher, what kind of reaction I would get? In my mind I began to build the story by stoking the fire under the plots pot, which soon begin to boil with tasty morsels of the story.

For instance, I imagined that I would be picked up by the police and taken to the police station. While I am there, they would call my wife to verify my identity and my story. Then, they would know that I was not just some nut wondering on the street half naked early in the morning, but a sane, though misguided individual. My wife would confirm that I was her loving husband, and not just a weirdo. Of course, they would advise her to come and pick me up and to bring clothes and shoes for me while she was at it.

I made notes of this scenario and expanded on it later. Accordingly, I thought that I would present the story with humor and irony as it had originally struck me. The story should also have some realism. If I have the main character try to explain to the po