Memoirs of a Great Life 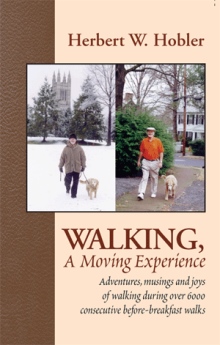 When I was young, the Civil War and the Revolutionary War was ancient history to me. However, as I now reflect on my life, I suddenly realize how young our country is for I knew somebody who knew people in the Revolutionary War that ended over 225 years ago! Grandmother—“Grannie”—mother of my Grandfather Herbert Windsor—was born in 1835 and died in 1927 when I was five—a wonderful old lady I loved. She was 10 in 1845, 60 years after that war ended. I am sure there were numerous veterans then 80-90 years old. And so, I touched the woman who touched some veterans of the Revolutionary War! She also had to know quite a few in the Civil War when she was 20-years-old, a war that ended only 57 years before my birth. Put in this perspective, what has happened to our country in that time is incredible from total population, to trains, planes, telephones, automobiles, medicines, radio, TV, computers, a man on the moon and millions of new citizens from all over the world! None of these people could even have conceived of such marvels nor a life expectancy from about 35 to 40 to 83 plus. My life has seen an explosion in technology that now affects the entire world. I have been privileged to be in on the beginning of some of that technology. * * * * * I have written these memoirs so that the family and possible future generations might share in my experiences of a life of many involvements, many accomplishments, some failures, many contacts with the famous, and a life for which I can be so grateful. As the youngest of four, I often was rebellious—I wanted my own way. I suspect this was partly due to inheriting some of my father’s genes. (Occasionally I had tantrums which were easily handled by mother who would say, “Go on and yell, I’ll wait.” That pretty well cooled my attempt at getting attention.) Still, I was brought up in a loving family, the four of us with our parents were all for each other. Thanks to Dad’s success in business, we were brought up, even with the Depression, with comfort. Throughout my career, I was known for being quite creative. I think that too came in part from Dad being very positive about doing things his way. I wanted to challenge him on many things and that caused me to think about new ways. I never could have guessed I would marry a girl from my kindergarten class. I was based in California and “fearlessly” spoke up to my commanding officer (a Major) whose name was the same as a fellow member of Tiger Inn at Princeton. He changed my orders that permitted me to call a girl I had dated at Vassar and while on a weekend date in La Jolla, I visited the parents of Mary Randolph who lived there. I always enjoyed the Randolph’s, each of whom had creative talents and an unusual sense of humor. They enjoyed small situations that would pass by most people. Their only child absorbed the best of each. Sixty years later she could still reel off a classic story while having fun doing it. Randy has been an extraordinary companion all these years. She was always very creative with great talents in so many ways. Still, except for our common background in Bronxville, from the start we had different interests. Mine were sports and music and taking risks. Hers were reading, writing and avoidance of conflict. By necessity she was brought up frugally. The fact we stayed together all these 68 years is a great tribute to her hanging in as she raised our kids, cooked their meals on time, dressed them, and drove them to wherever. In our earlier years when we were still trying to adjust to each other, she once said she should have married a 9-5 husband who didn’t commute. Her support for my passion for various jobs with late hours and business trips while she was stuck at home made my life possible. How lucky can a man be. She raised four wonderful children, each quite different from the other yet each closely and lovingly attached to each other and to us. NOTE: To minimize confusion when Randy

Herb Hobler, a WWII B-29 South Pacific navigator, had a career with NBC-TV, CBS-TV and founded his own radio and cable company. A Princeton, New Jersey native energetically involved in community activities and sports, he stopped jogging at age 60 when a friend introduced him to the "wonders and joys" of walking before breakfast. Invigorated physically, mentally and spiritually by casual explorations and encounters during over 600 caonsecutive pre-breakfast walks under every circumstance, he has written "Walking, a Moving Experience" in hopes it will inspire others.