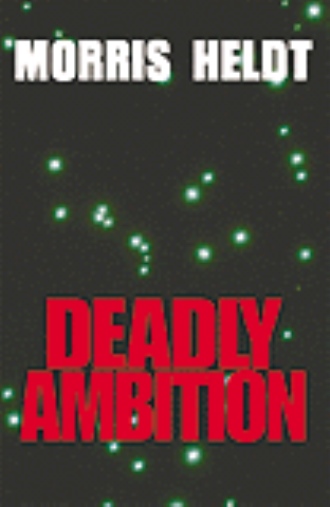 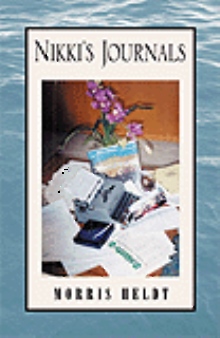 Darcy Scott, 50-something, and trying to maintain her high standard of network television journalism, finds herself being forced to fight the natural aging process for women by the "good ol' boys' club," as she investigates her old college classmates, Congressman Elliott Lodge and Dr. Raymond Miller.

Congressman Lodge is campaigning for the Vice Presidency of the United States.  He has convinced himself, by spinning the facts to suit his own reality, that he can purify this nation through gene control.  Dr. Miller assist by using uneducated, poor, Mexican girls as surrogate mothers; inseminating them with sperm and eggs from Aryan looking college students, and then selling their babies to upper class "White America."  Simply put, using young, illegal, Mexican women's wombs as baby factories.  This procedure fulfills Dr. Miller's desire for money, and the beginning of Congressman Lodge's dream for a superior America through better breeding, (Adolf Hitler's delusional fantasy).

After receiving a suspicious letter from a young Mexican girl, accusing Dr. Miller of impregnating her, and other young, female illegals, Darcy approaches her network boss.  He dismisses the letter and refuses to authorize an investigation.  Darcy, finding the letter so disturbing, takes it upon herself to assign her female Hispanic associate producer to inquire into Dr. Miller's Texas border town clinic.  Darcy's assistant is then found dead near the Texas/Mexican border--only a few miles from Dr. Miller's clinic.  Darcy becomes convinced that her friend, and protege, was killed by her ex-college school mates to cover up their insidious plan for power and money.  But, how does she prove it?

Darcy solicits her old college love, John Lang, (former friend of Lodge and Miller, and recently fired NBA coach), to help her investigate.  Darcy and John banter back `n forth as if they were Nick and Nora Charles from the "Thin Man." Consequently, along the way they both find the lost love they once had for one another, in addition to appreciating reaching middle age.

However, how does an aging female television journalist, who is fighting the youth movement at the network, along with the lack of moral credibility in their stories, prove murder, and bring down a United States congressman, and his highly-respected physician partner?  The twist in the end creates a revelation for Darcy's own self-worth, and forces her to confront her real motivation to why she pursued Lodge and Miller with such zeal, and causes her to make a life changing decision.

This story not only examines a female's point of view about reaching 50-something, in a high-profile professional industry, but, also deals with society's self-imposed restrictions on age, and the erosion of the truth--being replaced with spinning network stories that cater to big business, and influential people.  More importantly, it deals with the question: can one person make a difference in this world, or has society made it impossible to individually matter?

Morris Heldt was born, and raised, in Evansville, Indiana. He attended Indiana State University before relocating to Los Angeles, California, where he pursued a career in acting, and met his wife, Sue Pam. He has written for television, and the big screen. And, in 1998 he wrote, and published his first novel, Hollywood Syrup. Morris continues to write, and lives happily with his wife in the beach community of Mandalay Shores, just north of Malibu, California.