Doorway To The Illuminati? 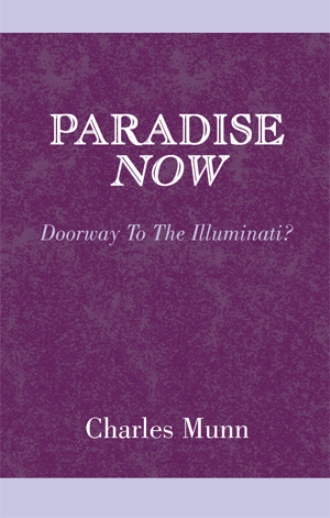 This lusty tale of love and adventure will arouse you, make you weep and at times make you laugh out loud. You will also feel an elegant elation as you find the bones of truth that are buried throughout this exceptional piece of fiction.

The story opens as Nicole, a confused teenager is about to be lured into the Galveston whore house where her son, Milton, is born. Fortunately for Milton, only days after his birth Nicole hires Delilah to look after him. Delilah is an insightful and compassionate black woman. For the first four years she nurtures Milton´s naturally healthy mind and sows the seeds of wisdom.

After Delilah leaves, a still very young Milton, sexualized by his new surroundings becomes spiritually and physically ill. But Delilah´s wisdom seeds take root and blossom. He finds his natural compassion and becomes wise beyond his years. A series of horrible dreams and high fever leave a residue of nightmare music and an altered sense of time on his young brain. But instead of falling back into a waking horror he learns to use it and, at will, learns to step out of linear time. He becomes able to move and read with incredible speed.

However Milton is still a troubled child when he is befriended by six other damaged children. Touched by Milton´s fearless innocence, they fall into a natural Tantra and struggle to be whole. He also finds a great friend in Chazz Delgato, a street wise club owner who becomes his mentor. Chazz and the six girls become Milton´s core family and life long friends. The lives of the pivotal characters neatly mesh into the into the main plot. One such parallel tale revolves around his High School friend, Conroy. And later in University, Cliff, who is also a pilot in the Air Force Reserves and has a disastrous affair with Heather, one of Milton´s Galveston friends.

Milton enters law school and needing money, Conroy convinces Milton to join the Air Force Reserve and to get on flight crew. He is later reluctantly recalled into the active Air Force and told that he "volunteered" to become an Air Commando and sent to the civil war that is raging in Vietnam.

Yet the tale ends on a wonderfully suspenseful and romantic notion.

In 1991, the author discovered the heart of an ancient and profound paradigm. Astonished by a growing serenity and inner power, he wrote a series of essays designed to remind him how to stay connected to our natural inner force. Wanting to add momentum to the paradigm he floated some of the essays on the net. He later put it all together in a self help book called Becoming The Thinker.

In order to reach even more people he wrote the novel, Paradise Now, which is based on the philosophy of Becoming The Thinker.

Free print and share of the entire text of Becoming The Thinker is available through http://www.charlesmunn.com .

The author has worked in electronics, on flight crew, logistics, illustrations and counseling. He has lived in Asia, Europe, the Middle East, and on a sail boat in the gulf of Mexico.