Life in the Early Years of this Century 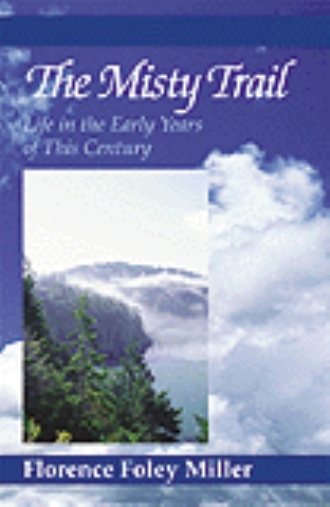 The Misty Trail is the third volume of the authors autobiography, and from the time of her marriage to Ira E. Miller, in 1925, it details their life  through the next five years, as they prowl up and down the length of California. During this time, their family increases by two sons and a daughter. The author is blessed with a good memory, and enjoys describing life during those years. It was a delightful time. A new country with few improvements, beautiful, clean and unspoiled. It was a time when you could drink from a creek without fear of pollution.

They started their married life in the San Joaquin Valley. When the summers intense heat drove them to seek a cooler climate they moved north, and found solace in Mendocino County. They loved it there in the cool mountains and small, friendly valleys. His job was eventually completed though, and the sparse population was unable to generate new jobs, so they turned southward, again.

And that is what this book is about. We go with them from north to south, and back again. We fish the creeks, picnic in the cool shade of large trees, remove snakes that are climbing the wall, set broody hens and enjoy the babies that hatch, sit beside the road for hours while Ira repairs tires, or takes the engine of the Model T Ford apart, and takes up a loose bearing.

They drive the original roads that were built for the horse-drawn stage coaches, still being used in the late twentys, in Del Norte County, and are awed by the giant redwood trees that grow there. Undeveloped California was so different, in the nineteen twenties, peoples lives were so unlike the way we live now, in 1998, its difficult to believe it happened in this century. It is good for one to know of life in those years, the better to understand what we have lost, and in order to appreciate what we have gained.