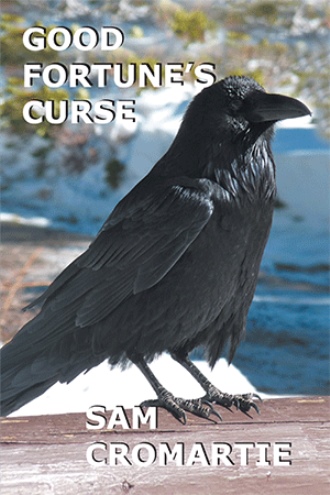 That afternoon the doorbell rang. Bill rose to let Josh into the house. He was wearing the same old corduroy pants and grey shirt that he wore every morning. Something, however, was different, and Bill couldn’t place what it was. In retrospect, he realized that it was his expression. He seemed more alert and focused than he had been in fifteen years.

Josh shuffled across the living room floor and headed to the laboratory. Bill followed him through the corridor that ran between the two rows of cages. He noticed Josh’s gait was unsteady but said nothing. His friend managed to stay more active than most people of eighty-two years and wasn’t much worse off than Bill, who having just passed his seventy-eighth birthday, was developing an increasingly close relationship with his recliner.

Josh walked to the cabinet in the far corner of the room, opened it, and scanned the shelves. “Where’s the telomerase?”

“It’s on the counter.” Bill crossed the room, retrieved the sealed bottle, and handed it to him. “What do you want with it? The mice have all been injected.”

He shrugged his shoulders. “Just wanted to see how much we have left.”

Josh carried it back toward the cabinet. Then he stopped and turned back to Bill. “We forgot to have our coffee.”

Bill felt relief to see he was prepared to slip back into their routine, but something about Josh’s mannerisms bothered him. “It’s ready. I’ll fill our cups.”

He left the lab, walked into his kitchen, poured their coffees, and waited. Josh took a long time. Bill wondered if something was wrong. Then Josh appeared in the doorway, and Bill could tell from the redness of his face that his fears were justified.

Josh lifted his hand, displaying the small syringe and needle. “I just extended my life another eighty years.”

Bill could not stop his hands from shaking. “Damn it, Josh. What are you thinking? We haven’t even finished the mouse trials.”

Josh reached for his coffee. “The chest pains came back today.”

He rolled his eyes. “There’s nothing those numbskulls can do. My cardiologist threw up his hands months ago.”

Bill sat his coffee on the kitchen table and leaned toward Josh. “Did you tell Carmella what you were going to do?”

His frown deepened, and he slumped into the chair beside Bill. “No, of course not. She would have had a fit.”

Bill lifted his hand and pointed to the ceiling with an arthritic finger. “Correct, and do you know why?”

Josh stared at the floor as he tried to ignore Bill’s gesture. “Yeah. She doesn’t like to take chances—wants everything to be safe.”

“That’s right. How could you be so stupid? We have no idea what this drug will do to primates—much less humans. Sure, it might stop your aging, but it’s more likely to kill you.” He thought of their disappointing results. “Three of our mice died from cancer.”

The gleam in Josh’s eyes faded. “Three? I thought it was only two.”

“Another one turned up dead this morning.”

Josh set his cup down too hard and didn’t seem to notice that coffee splashed onto the table. “You didn’t tell me.”

“You didn’t give me a chance. How was I to know you’d do something so dumb?” Bill’s head began to hurt, the way it always did when his blood pressure got too high.

Josh usually won their arguments by yelling louder than Bill, but his reply was faint, and Bill had to lean toward him to hear. ”Well—it did work.” His words came slowly, and it seemed to take great effort to produce them. “It reversed—their—aging.” He stood and leaned against the old, oak table that Bill should have replaced years ago. His face grew ashen. His voice became a whisper. “I don’t feel so good.”

He retched. Bill held his shoulders until he stopped vomiting. “I’m taking you to the emergency room.”

“No. I’m already better.” He straightened himself and looked toward the bathroom. “Do you have anything for nausea?”

“Sure.” Bill hurried to his medicine cabinet and returned a moment later with a Tigan® and a glass of water.

Josh swallowed the capsule in one gulp. “Thanks.”

“That should help in a few minutes.”

Josh didn’t answer. His body swayed. Bill reached out to support him. His skin felt moist and cool. Then it turned blue. He collapsed onto the floor. Bill yelled his name. His friend did not respond. Bill felt for a pulse. Nothing.

Dr. Bill Stuart has spent his life trying to find a cure for the aging process. In his seventh decade, he develops a drug that reverses aging in rats but gives them cancer. When his partner injects himself, it kills him. The police accuse Bill of causing his friend’s death. He injects himself in an attempt at suicide. Instead of dying, he suffers agonizing pain and collapses. He awakes two weeks later in the hospital burn unit. His body has gone through a metamorphosis, and he appears to be a young man. No one knows who he is, and he cannot divulge his identity because the police want to arrest him regarding the death of his partner. He flees from the police and from brutal men who know who he is and want to steal the formula of the drug.